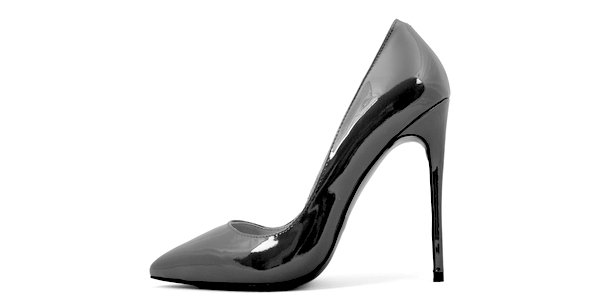 Camille Paglia burst on to the world stage almost thirty years ago with the publication of Sexual Personae, the doctoral thesis that was turned into an international bestseller for the American when she was 43. She became even better known on this side of the pond when the press reported a few years later on the ‘fax war’ between her and journalist Julie Burchill during the brief life of the Modern Review. It was fortunate for the former NME writer that it was a feud on paper because Paglia’s sheer speed when it comes to both thinking and speaking means you wouldn’t bet against her in a face-to-face. The fact that even the normally up-for-it Burchill was reduced to retreating from the spat with ‘Dear Professor Paglia, ***k off, you crazy old dyke’, tells us much about what an opponent Paglia is.

Paglia is a feminist and cultural critic who certainly opposes much and this is abundantly clear in her 2017 essay collection Free Women, Free Men: Sex, Gender, Feminism. Her targets are political correctness and the assault on free speech, intolerance masquerading as tolerance, the re-definition by academia of sex and gender so that it is disconnected from biology, and ‘reflex male bashing’. The writings range from 1990 to the present and have titles like Coddling Won’t Elect Women, Toughening Will; The Nursery School Campus: The Corrupting of the Humanities in the US; No Sex Please, We’re Middle Class; Are Men Obsolete? and Cliquish, Tunnel Vision Afflicts Too Many Feminists.

For those who are admirers of Paglia as a public intellectual, her insights across a range of topics are simply common sense, albeit with a singularly pithy turn of phrase. In Rape and Modern Sex War, she says: ‘Leaving sex to the feminists is like letting your dog vacation at the taxidermists.’ This is in a piece from 1991 at the time US colleges had ‘date-rape’ cases in the news, and makes the point that it is feminism itself that has made young women vulnerable ‘by hiding the truth about sex from them’. She says that a college girl getting ‘dead drunk at a fraternity party is a fool’ and lambasts the feminist mantra of ‘rape is a crime of violence not of sex’ as ‘sugar-coated Shirley Temple nonsense’ that has misled young women who ‘do not expect rape from the nice boys from good homes who sit next to them in class’. She writes that ‘aggression and eroticism are deeply intertwined. Hunt, pursuit and capture are biologically programmed into male sexuality’. She urges ‘high energy confrontation’ to any vulgar remark from a man ‘on the spot’. Not running and complaining to colleges, which need to ‘stand back and get out of the sex game’.

Fast forward to 2015 and she is vexed to observe the same victimhood situation with ‘nearly Victorian notions promulgated by today’s feminists about the fragility of women and their naïve helplessness in asserting control over their dating lives’. Asked about ‘yes means yes’ laws, she holds the line that ‘neither party in any sexual encounter is totally operating in the rational realm, which is why the Greek god Dionysus was the patron of ecstasy, a hallucinatory state of pleasure-pain . . . Sex is always a dangerous gamble – as gay men have known and accepted for thousands of years’. Once more, she articulates what many think but few dare say.

Nor does Paglia have any truck with ‘fact-free theories alleging that gender is an arbitrary, oppressive fiction with no basis in biology’. She deplores the fact that academic developments into such areas as Gender Studies and Women’s Studies are so ignorant of science that they do not have biology, anatomy, genetics at their very core. Paglia identifies as transgender but writes: ‘While respect and legal protection are owed to anyone who for whatever reason seeks to shift position along the intricate spectrum of sexual personae, changing sex is scientifically impossible.’ Wow, no wonder she courts controversy in 2018.

As a professor in the liberal arts and humanities, Paglia’s interests and erudition are wide-ranging. She is as comfortable talking about popular culture in daytime TV (Why I Love The Real Housewives) and music (Rolling Stones, Chrissie Hynde, Madonna) and fashion (The Stiletto Heel) as she is discussing Greek tragedy, Nefertiti, Shakespeare, Freud or the French philosophers. Rousseau, various post-structuralists and the ‘swindling Lacan’ come in for particular scorn.

Whether it is about feminism’s denigration and devaluation of motherhood, about American men as ‘perpetual boys . . . bulky T-shirts, loose shorts and sneakers from pre-school to mid-life’, the ‘abundant contradictions in a liberal feminism that supports abortion yet opposes capital punishment’, the need for any aspiring woman US president (Commander in Chief of the armed forces) to get more of a grip on military affairs, or feminism’s blindness to ‘the infrastructure that makes their own lives possible . . . it is overwhelmingly men who do the dirty, dangerous work of building roads, pouring concrete, laying bricks, tarring roofs, hanging electric wires’, her prose has an energy and urgency to be reckoned with.

Paglia has been described as many things and sometimes by herself: a radical libertarian, a maverick, an anti-feminist feminist, a dissident feminist. But above all she is a thinker. We need thinkers in the fragmented and hectic consciousness that increasingly seems to sit at the heart of modern life. She says that although she adores the web, ‘I have no interest in social media’. She states that it is ‘difficult to understand how a generation raised on the slapdash jumpiness of Twitter and texting will ever develop a logical, coherent distinctive voice in writing and argumentation’. In an interview with Huffpost in 2012 she said that ‘the only way you can really sort out the web is if you’ve had a prior training in book culture’.

Asked in 2015, in a piece at the end of this book, what advice she would give young women today, she says: ‘My advice, as in everything, is to read widely and think for yourself. We need more dissent and less dogma.’ This compelling collection is your go-to. If you also like to think. Or dissent. And want to know what else you might read when you’re done.