NewsPaperthe art of publishing
HomeNewsTCW: The year 2015 in review
2 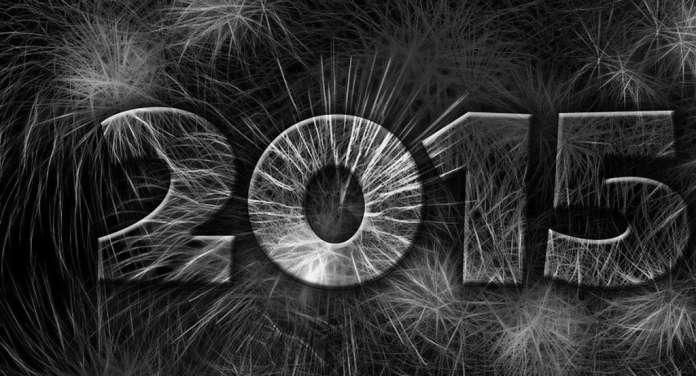 2015 has been a busy year. Yes, there was a general election – which seemed to be the longest in history – but there was more: feminists, the PC brigade, the BBC’s hilarious interpretation of impartial public service broadcasting and more…

2015 looked like it was going to be a big year for Nigel Farage and his band of merry men (and Suzanne Evans). This obviously meant he was a target for neutering by the mainstream media, on this occasion, by Channel 4. His crime? Daring to be a little different.

In the wake of the Trojan Horse scandal, some justifiable State intervention would have looked something like this: Dealing with this incident and stamping out any other possibility for the spread of Islamic extremists using schools to peddle their fundamentalist regime. But what did the State actually do? Of course, they focused attention on mainly Church schools and embarked on a purge of traditional attitudes. Another stunning success for the proportionality of State intervention.

As the so-called Islamic State (Isis) continued their murderous march, in what would be a regrettably red letter year for the murdering terrorist psychopaths, the BBC were still content with calling them ‘militants’ instead of the terrorists they actually are. Surely the Corporation can afford to buy a copy of Politics and the English Language?

The future of religion in Britain was also highlighted by Tamara Chabe – Islam and black majority churches will come to dominate the future of British worship. The reason for this? White Britons are put off by the Church’s retreat into lefty irrelevance – something which the PC establishment doesn’t dare consider for fear of being labelled racist.

In a piece that topped the TCW charts for March, Leslie Loftis backed mothers who speak up for their sons as they emerge into a world where they are faced by feminist onslaughts. After all, if their mothers can’t speak up for them, who will?…

March also saw the arrival of International Women’s Day, oh how TCW rejoiced, our own Laura Perrins was despatched to TV and radio studios – representing the courageous vanguard against the PC establishment – to denounce the gender pay gap myth and reveal a dirty secret: most women don’t want to be in the boardroom.

April was a useful month for considering all things to do with electioneering.

After Hillary Clinton’s long-expected hat-throwing-into-the-ring for the race for the White House, TCW collectively groaned – another Clinton imposing themselves on the run for the highest elected office in the Free World. And we thought the Americans didn’t have a taste for dynastic families running things?

Returning to matters closer to home, in the midst of our own General Election campaign, an eerily prescient prediction was made about the SNP surge. Thankfully the polls were wrong about a coalition of chaos, but just how long will it be until those 56 seats turn into a full-blown constitutional crisis?

In a smash-hit for TCW in May, feminism was exposed as the traffic lights and the highway code behind modern society while men are only chauffeurs – even when they appear to be in the driving seat. Belinda Brown discovered that in almost destroying the notion of family, feminism has shown us that family is the cornerstone of society.

In the aftermath of a quite remarkable general election result, TCW focused our extensive analysis on the clear-up operation for Labour and the starlet of their much-welcomed leadership contest – ‘Cool Chuka’ Umunna. Following our analysis, he pulled out of the contest just a few days later. However, every cloud has a silver lining and Chuka clearly took Laura Perrins’ advice, turning his girlfriend into his fiancée just a few months later. Congratulations Chuka!

In a post-mortem on the BBC’s election coverage, and the top ratings hit for TCW in June, David Keighley examined how the Corporation, which totted up some excellent bias scores during the campaign, portrayed the Farage show as racist, air-headed thugs. We know Ukip isn’t perfect, but is broadcasting parity too much to ask? Clearly it was.

June also brought us an insight into the destructive victimhood shown by the ‘Everyday Sexism’ gang, led by Laura Bates – a gang responsible for such heroic service to society: from making a brilliant scientist cry in public for wearing the “wrong” T-shirt to causing a Nobel Laureate to publicly apologise and lose his job. Classy.

Amid the ongoing saga of the Greek bailout deal, Europe’s imposition of Germany as the de facto head of the bloc was dissected by Andrew Cadman, who highlighted the very real difference in culture between the northern and southern European states. The culture shock of having to be penny-wise for states below the olive curtain is made all the more obvious by Germany’s role as policeman and creditor. And how has this rather tragic state of affairs come about against the background of these stark cultural differences? Well, that would be the uniform, single currency imposed by Big Brother Brussels. Gr€at idea.

Meanwhile, the data theft from users of Ashley Madison, the website encouraging users to have an affair, was analysed by Laura Perrins – highlighting the hypocrisy of those who advocate ‘open marriage’, using the institution of marriage as an excuse to receive presents and have a photo in a cute little church.

An unquestioned highlight of August on TCW was the unmasking of Channel 4’s serial commie-spondent Paul Mason as a hypocrite. Hypocrite? Well, as someone who is renowned for moaning about capitalism, it was clearly fine for him to take a break from his preaching and to encourage the nation to pop down to your nearest conveyer of things to buy his new book. Amazing. And Channel 4 still continues to give this guy a platform?

From the comfort of a summer month, and in anticipation of another NHS winter crisis, August also saw TCW address the consequences of positive discrimination in the workplace – mulling over the prospect of our health service becoming a part-time shell of its former self due to the monopolisation of women working in it.

In a month which sees schools open up for business after the long summer holidays, the big, bad, feminist machine was this time found to be lurking in the office of the High Mistress of St Paul’s Girls School, Clarissa Farr. Kathy Gyngell dispelled any sort of myth that every problem in the modern workplace is the fault of private boys’ schools and that any success won, not by merit or graft, but by positive discrimination and the victimhood imposed by Big Sister is not worth having.

Meanwhile, as the migrant crisis continued to hit the headlines, Dan Hannan MEP said what the mainstream media or politicians would fear to say (all falling over themselves to appear as welcoming as possible) – to stop the horrors, we need to stop the boats.

In October, the BBC were found to be at it again, with an Orwellian approach to dealing with complaints. However, the issue digs deeper than this – the BBC’s approach to climate change and the global warming debate as a whole is apparently settled, and that’s that. There is apparently only one side to the debate.

It seems that even the scouts aren’t out of the reach of the Feminist Liberation Army. The new head of the Scouting Association, Ann Limb, was rumbled by TCW. Encouraging girls to join the scouts is a short term way of increasing numbers, but a long term way of alienating those who want what would become an increasingly feminised movement where they are expected to learn what it is like to be a young woman.

Laura Perrins’s analysis of the Charlotte Proudman case of sexism in the workplace found there to be no sexism or workplace involved. Afraid of constantly minding p’s and q’s, a sad state of affairs exists when someone cannot complement someone on their appearance without the fear of being hauled up by the PC brigade.

Meanwhile, in the wake of the Paris attacks and Andrew Neil’s stunning denunciation of Isis, Chris McGovern wondered if, in the face of a history syllabus that prioritises the Mayas of Central America and Islamic history over Magna Carta and Waterloo – whether we have lost our own British identity?

In our review of December, it is only right that we consider what will be two of the biggest stories in 2016 – the US presidential election and Europe.

Firstly, on Europe, and as Cerberus pointed out, the Prime Minister risks a messy mutiny if he tries to apply an overbearing, ‘mother knows best’ stance – gagging the Cabinet from having free choice on Europe.

Looking over the pond, Jane Kelly brilliantly pointed out – in a ratings hit on TCW in December – that despite the decision on 8 November 2016 being a decision for Americans, the PC types over here have been peddling their outrage at Donald Trump’s comments on Muslims. Trust in America, let them make their own decision next November…

So that was the year that was. Everyone at TCW would like to thank all of our contributors, commenters and readers.

Despite our efforts, it appears that the PC establishment is still alive and well – whether the overly-intrusive State, victimhood-peddling feminists or the Biased Broadcasting Corporation – throughout 2015 we’ve done our best to expose them for what they really are.

With no end to its deceits and duplicities in sight TCW‘s mission continues – so we’ll see you in 2016!

Share
Facebook
Twitter
WhatsApp
Email
Previous articleAndrew Cadman: Bogbrush wins for nominating Cumberbatch for the Virtue Signaller of the Year Award
Next articleReader’s Comment of the Day: Green taxes are all about raising revenue