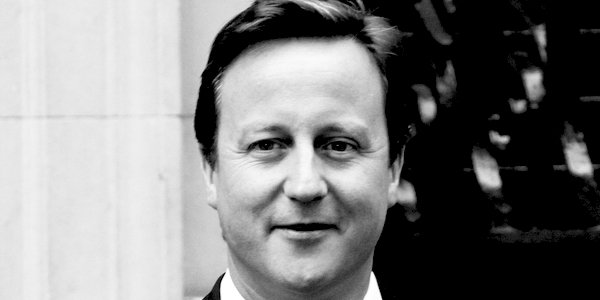 PERHAPS it’s a natural tendency, when compiling a Wall of Shame relevant to current events rapidly nearing their dramatic dénouement, to concentrate on the contemporary actors. But could such an approach risk overlooking some of those originally responsible for it?

David Cameron surely deserves his place on the Wall. Not only did he set in train the events leading up to the 2016 EU Referendum and its unnecessarily chaotic aftermath, but he must also bear a large part of the blame for the ‘Conservative’ Party having degenerated to a state of such manifest ill-preparedness to deal with it.

First, for all that the man himself chillaxes in retirement, the Tory Party struggling and failing miserably to implement the largest mandate for one specific policy in British political history is still recognisably Cameron’s party and bears his imprint.

Consider the current crop of senior party figures, whether those still among ministerial ranks ineffectively directing its policies and egregiously misdirecting Brexit, or those formerly so but now exerting malign anti-Brexit influence on the back benches: May, Gove, Rudd, Lidington, Morgan, Clark, Hancock, Letwin, Boles, Greening, to name but a few.

All are identifiably of the Cameroon ‘moderniser’ ascendancy set in train by Cameron and Osborne during their time as interns, then advisers, at party HQ, based around their disparagingly but accurately labelled Notting Hill Set.

As Robin Harris shows in his superb book The Conservatives – A History, once in control of the party, its local associations and, crucially, its candidate selection process – remember the notorious A-List and Cameron’s Cuties? – they consciously set out to re-make it as a red-Tory, closet-LibDem, very metropolitan-‘liberal’ amalgam.

Economically, fiscal rigour and low taxes were out, ‘spending the proceeds of growth’ was in. Socially, the ‘liberal’-‘progressive’ SJW-agenda was enthusiastically embraced, not just in its good parts, but in many of its worst aspects as well. Virtue-signalling appeasement of Greenery, militant feminism, Islamism and cultural Marxism, and either acquiescing in the Left’s war on free speech, or pusillanimity in the face of it, is where Dave’s party ended up.

A key part of this agenda was always an unquestioning pan-Europeanism and acceptance of, if not tacit support for, Britain’s EU membership. Even if occasional lip-service was paid to the membership’s majority Eurosceptic view, such heresy was never allowed to permeate the leadership’s thinking, the preference being to try to bury the issue.

No wonder this is a party which manifestly can’t cope with heeding and implementing arguably the greatest popular mass revolt against the Elite-Establishment since since the Glorious Revolution of 1688 permanently established the supremacy of Parliament over the monarch, signifying the shift from absolute to constitutional monarchy.

Forward now to Cameron’s Bloomberg speech of January 2013, in which he pledged an In/Out referendum on Britain’s EU membership, to be held after seeking substantial constitutional and institutional reform of it to address Britain’s legitimate grievances. (Incidentally, the speech included these words: ‘You, the British people, will decide.’ Whatever happened to that idea, I wonder?)

It would be nice to think that Cameron’s motivation in conceding, at last, an In/Out EU referendum was the principled democratic one of giving the electorate the chance to have its first vote in 38 years on Britain’s continuing membership of a supranational political project which had moved so far beyond what was voted on in 1975 as to be almost unrecognisable.

Alas not. As Lichfield MP Michael Fabricant admitted only last November, Cameron’s prime purpose was the narrow, partisan, party-management one of ensuring that ‘the European question was neutralised’ to secure Tory Party electoral advantage. Party before country, and even democracy, in other words. Plus ça change . . .

It’s instructive to compare in hindsight Cameron’s lofty intentions to achieve serious EU reform, set out in his Blooomberg speech, with the thin gruel indeed with which he returned, tail between legs, from the crunch negotiation in mid-February 2016, at which the EU refused to budge on any of its key policies and extended merely a few cosmetic concessions. His ‘deal’ unravelled within hours.

Without going into the detail, examined fully in the copious literature on it, of Cameron’s leadership of the Remain campaign – for, although de facto rather de jure, that is what it was – one or two critically unedifying aspects cannot escape mention.

His decisions to spend £9million of taxpayers’ money on essentially a pro-EU propaganda leaflet and endorse Osborne’s egregious and cynical Project Fear, were appalling enough. But above all, his instruction to Whitehall, born of his arrogant assumption that a Remain outcome was certain, not to undertake any preparation for a Leave victory undoubtedly was a major contributor to both the febrile political climate and the negotiating débacle which have crystallised over the past 33 months.

Finally, we come to his indecently-hasty exit – eagerly apeing his role-model Blair in quitting the Commons rather than returning gracefully to the back benches for a time in an acknowledgement of the transient nature of political power, as did Wilson, Heath, Callaghan, Thatcher, Major, and even his immediate predecessor Brown – and that departure’s own, in turn, deleterious effects, from which we are still suffering.

Its consequences were the abandonment by the senior legacy-Cameroons who had campaigned for Leave of any semblance of public duty in favour of personal ambition, and the botched, confused, anti-democratic coronation of Theresa May, probably the most professionally incompetent and temperamentally inept politician elevated to high office at a critical time for the nation’s fortunes since Lord North.

Cameron might not be directly responsible for May’s catastrophic calling of the 2017 election, her personality deficiencies, her deviousness and duplicity, and much else besides. But he did make her his surprise pick for Home Secretary in 2010, so he cannot claim to have lacked knowledge of her manifest failings in 2016. He must have known there was a chance she would end up as his successor on his hurried relinquishment of his Seals of Office. He cannot evade an indirect responsibility, at least, for the chaos she has produced.

So step forward, David Cameron. Abandon, if only briefly, your lucrative but reclusive existence in your £25,000 designer garden shed, churning out your doubtless tediously self-exculpating memoirs destined inevitably for the ‘Reduced – Only £4.99’ section of airport bookshops. Accept your thoroughly merited accolade of a prominent – and permanent – place on our Brexit Wall of Shame.