TCW’s choice for Tory leader that was 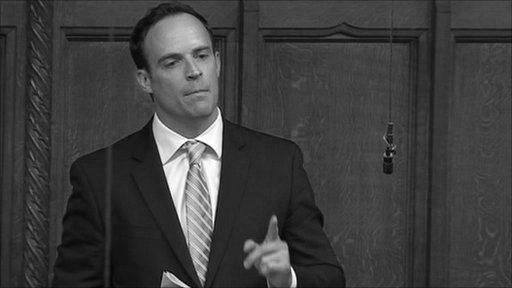 This post was written before the news that Dominic Raab had been knocked out of the Tory leader contest. We are sorry – he has impressed us. However we don’t think it would have influenced the Tory remainer MPs who chose, disgracefully, to back Rory Stewart over the one true conservative and committed Brexiteer and man whose political life, we hope, is far from over.

WE didn’t realise that Dominic Raab lost his father when he was young, before going to grammar school. All the more credit to him – and to his mother, we suspect – that he has done so well. As Laura points out in her blog today, he is the only real conservative of the crop of Conservative Leader aspirants.

On this leadership video/broadcast he shows his pride in his own grammar school, telling us that the last thing his father did for him was to ensure his education at this school. Indeed, what better gift could a father give his son than his education?

No wonder Raab believes in that opportunity for all. You can see him come out fighting here:

All he has to do now is stick to his guns on No Deal. We are with him all the way – No Deal is not a crisis but an opportunity to be embraced!

Share
Facebook
Twitter
WhatsApp
Email
Previous articleRaab, the only real conservative – that’s why I would have voted for him
Next articleThe Midweek Hymn: The Day Thou Gavest, Lord, Is Ended