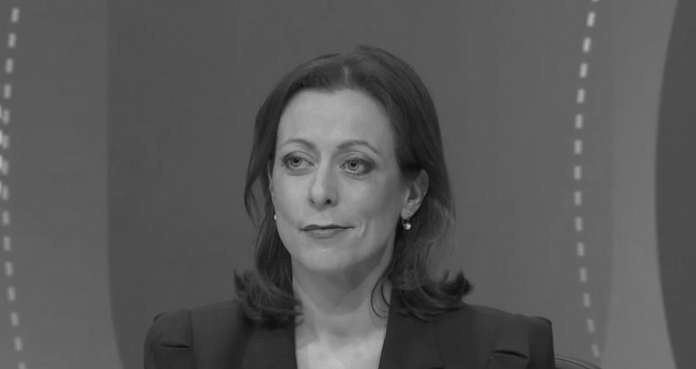 Laura Perrins entered my radar at the same time as she did many people’s. It was when she hit the headlines as the stay-at-home mother who mauled Nick Clegg, then Deputy PM, on his live LBC radio show.

She called in furious that she – and all her fellow full-time mums – were to be excluded from the government’s new childcare handouts. She’d given up her profession as a barrister to care for her children and felt betrayed.  Her head on attack left him confounded and stumbling. So outside his imagination (and echo chamber) was the idea that any woman would or could be saying or feeling what Laura said that all he could do was patronisingly repeat that she was eligible for his (nursery) childcare help. She could have a few hours off to go to the nail salon, he might as well have said. He betrayed himself for the closed-minded ideologue he is.

It was a moment that changed things – certainly in terms of public consciousness and, who knows, maybe politically.

To my delight it transpired that Laura was an active member of Mothers at Home Matter, a campaigning organisation I had set up years before (as Full Time Mothers), when my own children were tiny and I too I had given up work to care for them. I was back in touch with them helping with media and promotion. Fighting for full-time motherhood and family tax reform was not easy,  especially from a social conservative stance, as I had found to my cost. Yet here suddenly was a woman who was not to be deflected, not to be put off, and not to be shut up, who would walk towards the fire (a phrase Laura taught me later).

Laura and I met, so did our minds and the rest (The Conservative Woman) is history. She inspired me with a whole new confidence about our ‘cause’ and but for Laura . . .

In the four years since, Laura has put the liberal-Left on public notice, not just on family matters but on the feminism and Leftism that underlies the state’s interventionist and authoritarian social policies. She has become the voice of social conservatism in Britain today and a publicly known face. The ConWom’s growing rapidly growing readership (up by a third from this time last year) is a testament to her and to the demand for her counter-cultural rebuttal of modern social orthodoxies. Politicians should wake up and take note.

Swimming against the PC tide takes courage and energy. Countering contemporary cultural norms puts you ‘up against it’ daily. Laura takes on this challenge and from that most counter-cultural position of all – the stay-at-home mum. She has a unique capacity to expose and make fun of the hypocrisies that abound and tell it direct  – as she has on many occasions to the economic liberals on their need for social conservatism.

Given her chutzpah, it is no wonder that not even the BBC can resist her, if only in the hope of ‘downing’ the woman who managed to shut up Owen Jones on air with a ‘just get off your outrage train, Owen’.

It was timely and right that her native country of Ireland should be the first to recognise her achievement in shifting the tectonic plates of political discussion. Last week a profile of her in The Independent.ie described the one extraordinary woman she is. You can read it here. It is more than deserved.