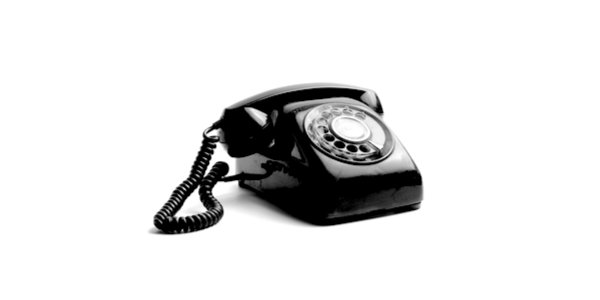 A CHELSEA Pensioner answers an old black telephone and hears: ‘We are calling from your account to verify your bank details.’ ‘Push off!’ he says emphatically. A quietly spoken lady Pensioner (there are now 14 of them) adds, ‘It doesn’t matter how rudely you say it. When a scammer calls makes sure they get the message.’

Santander Bank has joined forces with the Chelsea Pensioners in producing a short film to help older people lose the curse of good manners. It’s now seen as a serious problem that many over sixty just cannot be rude enough. In the 1950s and 60s the phone was a rather sacred thing, waiting out in the cold hall. Answering it somewhat apprehensively, people gave their three-digit number in a clear voice and children were instructed to do the same before handing it over to a parent immediately. Just one of many small codes of essential behaviour once inculcated in the young but now, it seems, unsuited to our new world of globalised internet crime and advanced capitalism.

Santander conducted a survey of 2,000 UK adults which showed a 60 per cent rise in complaints about fake calls during the pandemic. Some receive three or more suspicious calls a week. One in ten were targeted at least once a day. Obviously, the best way to deal with them is simply to hang up, but almost half (47 per cent) of ‘baby boomers’ just can’t do it; one in five think it’s rude to hang up on anyone. Twenty per cent say they feel obliged to stay on the line to hear the caller out, even if they know they are talking to a crook. The politeness of the past is now a terrible trap leading to devastating losses.

The rapid change in social mores is baffling, even in basic conversation. The expression ‘excuse me’ has gone and now you need to assume that the other person wants to get up or get past from body language alone. Challenging these changes can lead to confrontation, but the vulnerability for older people is also rooted in class: the scammer is doing a menial job and to a well-brought-up Brit that is embarrassing.

My parents were lower middle class. They deferred to and avoided those above and were excessively polite to those below, including anyone from an ethnic minority (although they were extremely rare and viewed with fascination too). On public transport English people do not speak to each other in case they have to talk to someone from a different class, which would be uncomfortable for both. This social squeamishness has incapacitated me in dealing with the scoundrels who call themselves mechanics, builders and decorators. Like many women, I just cannot stop them cheating me.

One installed a car battery I didn’t need, another put in a shower which I specifically did not want, and painted the bedroom floor boards instead of stripping and varnishing them. He deliberately broke one of them in front of me, then charged me for the repair. Another, charging me by the day, would disappear for hours. A neighbour warned me that he was sitting in his van smoking marijuana. None provided enough receipts and all used cheap materials while charging over the odds. I could not tackle them because they were so poorly educated. I tried to combat their malicious envy and ruthless dishonesty by making them tea, being very nice and hoping for the best. What I needed to do was say ‘Push off.’

I’ve even had trouble on excruciating dates, being unable to hurt anyone’s feelings if they are slightly lower-class than I am. I once sat for hours while an ex-police officer talked to me about his bloodhounds while I was unable to say I was a cat person.

Unlike the good people in the Santander survey, I have an antidote to all that helpless niceness: I love foreign workers. In London everyone wanted to employ East European builders, decorators and cleaners; they took pride in their work and were amazingly honest. I once had my conservatory roof fixed by some Bangladeshi men who were not only honest but charming and kind to my cat. But when I hear that strangulated voice on the phone, peg on nose, from somewhere in south Asia out of Brooklyn: ‘Hi there, Mrs Kelly, (sic) Howaya doin, things lookin’ good today?’ my hackles rise, and I can bang the phone down easily, first offering the advice which I feel entitled as a polite, privileged, Christian English woman to give: ‘Have you ever thought of taking an honest job and trying to lead a decent life?’ Usually, their phone goes down first.