NewsPaperthe art of publishing
HomeNewsTeaching? That’s the last thing a modern teacher does
52

Teaching? That’s the last thing a modern teacher does 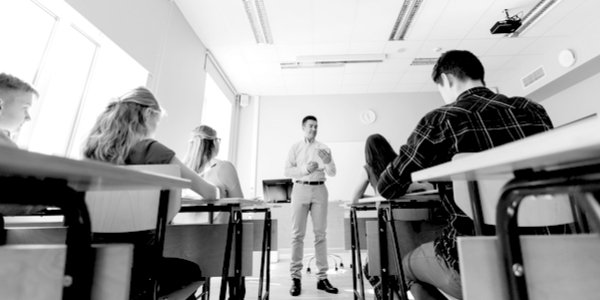 A teacher recruitment question – your starter for ten! With pupil numbers increasing rapidly why is it proving so difficult to attract and retain sufficient numbers of teachers? The Public Accounts Committee has described a ‘growing sense of crisis’. The Government, clearly, does not know what to do. Here is some background that might help it to find an answer.

Attacks on education workers are up 24 per cent over the past five years, the Health and Safety Executive has reported in response to a freedom of information request by the GMB union. Meanwhile, the job of a teacher is being transformed from subject teaching into a combination of social worker, child psychiatrist and enforcer of political correctness. Teachers are expected to solve most, if not all, of society’s problems and the only dispensation they are given is an exemption from having to concern themselves too much with subject knowledge. Lowering of pass marks for public exams is the pay-off for focusing on what really matters in schools today – equality of outcome, gender awareness, diversity appreciation, sex and relationships, and so on and so on.

In my experience, most children would prefer to master academic subjects while also developing their abilities in sport and in the arts. Most teachers used to enter the profession to ensure that this happened.

Sadly, these days a cabal of educational ‘experts’, backed by civil servants and successive governments, have transformed the purpose of education into something else. It has become the principal vehicle for social engineering. Superficially, they have seized the moral high ground. Who, after all, could be against the justice, fairness and equality that they proclaim? In some respects, indeed, it is an easier message to sell, and certainly easier to teach, than literacy or numeracy or excellence in academic and vocational subjects.

The problem for government is that prospective recruits to the profession, and recent ones, are beginning to twig that teaching no longer offers ‘what it says on the tin’. It is no longer about ‘teaching’ in a traditional sense, or as the term is recognised in the most successful education systems around the world.

Our so ‘modern’ and obligatory child-centred teaching methods may produce equality of outcome and ‘social justice’, but only in terms of mediocre standards all round. They are also a recipe for the classroom disorder that has led to the significant increase in physical attacks reported by the Health and Safety Executive. Low-level disorder and disruption is, if anything, an even bigger problem. The government may be in denial about the problem but reality is beginning to intrude. Teachers are walking away and many of those that stay are a demoralised bunch.

This is not only a sad situation; it is also a serious problem for our economy and for the harmony of our society.