NewsPaperthe art of publishing
HomeNewsOut! Tennis sexuality battle has no place on court
24

Out! Tennis sexuality battle has no place on court 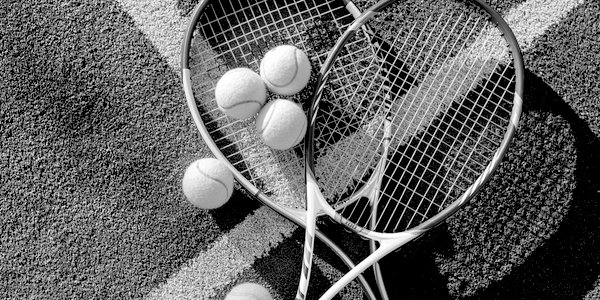 Some of us for whom tennis is the beautiful game will have been dismayed at the weekend. On the eve of the Grand Slam Down Under that kicks off the new season there has been another sexual identity spat. British number one Johanna Konta has been forced to give her view on somebody else’s view on LGBT issues. The somebody else in question is the 11-times Australian Open champion Margaret Court, after whom the tournament’s second arena was named in 2003. The honour was also in recognition of her record 24 major singles titles.

Since then the 75-year-old, now a Christian pastor in Perth, has made known her opposition to same-sex marriage and her opinion that tennis is ‘full of lesbians’. Last week gay American former number one Billie Jean King declared that the honour accorded to Mrs Court was no longer appropriate and that the Margaret Court Arena should be re-named. ‘If I were playing today, I would not play on it,’ Ms King said.  The call for a name change at the sporting venue is supported by former Wimbledon champion Martina Navratilova, who is also gay. She told the New York Times that she too would refuse to play on the court because of such homophobic views.

Inevitably this LGBT controversy was going to gain traction in a country that has just voted to make same-sex marriage legal. At a press conference in Australia, Konta was asked how she felt about playing at a venue called the Margaret Court Arena. Konta, who comes across as intelligent and reflective in interviews, said she did not share Margaret Court’s views, but that the former champion was entitled to her opinion. As for herself, she would if scheduled ‘go out there and compete’. Konta was plainly disheartened, however, at having to answer questions about a controversy she felt was irrelevant. ‘It’s not nice to be answering these sorts of questions in press. It’s not really what this tournament is about . . . They’re about equality, they’re about showcasing men and women, wheelchair tennis. Yeah, kind of celebrating tennis in that way.’

It’s no surprise that Mrs Court has decided not to attend the Melbourne tournament this year. Who can blame her, given the hostility she is likely to encounter from what may well be the more militant tendency of the LGBT spectrum? Will there be demonstrations? Will there be placard-waving? It’s hard to know what ex-players such as King and Navratilova and those calling for a name change hope to achieve by this petty, mean-spirited and misdirected gay rights activism, short of making the point that we can all have our opinions but we must keep them to ourselves. In other words, some opinions are acceptable and some are not, and of course what it not acceptable nowadays in the minds of some is that marriage means the union of a man and a woman. Even to have reservations about same-sex marriage is to be on the verge of being a hate preacher.

Does the so-called LGBT community really believe that it is discriminated against in international tennis or that it is under-represented? Many would beg to differ. Certainly in the women’s game, there are a number of players who are openly gay and whose partners are in attendance, a personal detail frequently picked up by broadcast cameras. Fine. There are also players and ex-players in and around the tour who may be gay, but are not openly so, feeling that their private lives are just that: private. That should be respected too. One senses, though, that it is only a matter of time before others are hounded on the grounds that they are not parading their own private lives or giving enough vocal support to LGBT activism. Because here’s the thing: firstly, what a gifted tennis player is doing and with whom behind closed doors is nobody else’s business. Even though the LGBT groups want to make it our business. Even when we really are not that bothered. Secondly, it is just not as interesting as what is happening on court: the sliced backhand, the inside-out forehand, the wide serve, the drive volley.

This is what those who love tennis want. This is why it matters that outstanding players in their era are honoured. It would be a travesty if Margaret Court’s name were removed because her sincerely held opinion on same-sex marriage was found not to have been the right one by the self-appointed judges of Correct Thinking. If the name of one of Australia’s greatest tennis players is allowed to be trashed in this way, where will it end? It won’t be long at this rate before one won’t even have to articulate a non-progressive, non-inclusive opinion. As the ranks of the Thought Police swell, it’ll be enough to be suspected of harbouring the wrong views. Billie Jean King says she’d like to chat to Margaret Court again soon. To re-educate her, presumably.