Terror at the touch of a button 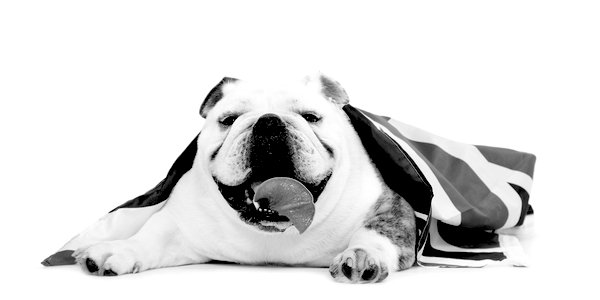 ‘THE sound and vibration will last for about 10 seconds. Stop what you’re doing and follow the instructions in the alert.’

Tried out last summer as a means by which to ditch dependence upon mobile phone providers to send out emergency public health-messaging on behalf of Government, and set for imminent launch, phone masts can now prompt all smartphones and tablets in the area (of a minimum grade of software) to emit a siren-like sound in the event of a danger to life nearby, be it a weather event, an explosion or a public health emergency.

One’s phone number is not required: it will work even if a device is on silent, and one can opt out of only some alerts.

Such panicky health and safetyism would have been much easier to scoff at in the days pre-pandemic, when the now ironically named Beast from the East was about all we had to fear from ‘out there’.

How times have changed.

Post-pandemic (I use that term very loosely) we are being conditioned to fear not only the public health crises of the future, but the potential energy and food shortages of Net Zero, the social-suicide of the punitive litigation culture that is Wokeism, and cyber-attacks.

And we can add to all that what Director General of the World Health Organisation Tedros Adhanom Ghebreyesus, alongside Bill Gates, Anthony Fauci, Klaus Schwab and even Pope Francis, has declared to be one of the gravest threats now facing humanity – the dangerous public health ‘misinformation’ of what they refer to as the infodemic.

If the Government persist in embedding this culture of fear into our lives, I’d be most surprised if we don’t find ourselves on a one-way street to the insipid, hyper-sanitised security, and diluted autonomy of the Nanny State-extreme – the metaverse (cue laughter).

I can see little to no evidence of any deviation from the pursuit of this vision, can you?

Unfortunately, the British people gave succour to said pursuit by readily endorsing many of the stepping-stones to a mixed-reality existence proffered as solutions to the pandemic – inadequately tested experimental vaccine technology and dehumanising face coverings; the QR-ification of day-to-day life; fear of the outside world, fear of inadvertently offending or killing others; the technological reinvention of the spaces we call home, and hospital.

In doing exactly what ‘Nanny’ required of us – gullibly creating an enduring, profitable market for their mass-produced fear – we relinquished an enormous degree of independent moral agency.

Who knows, if we continue to yield to the directives born of such alarmism, then perhaps in 50 years or less, the metaverse will indeed be the more attractive place to conduct one’s life, away from the ludicrous dictatorial risk-assessments and purposefully-befuddling morality of the post-Covid era.

Can we honestly expect the recent mugging of our personal responsibility to be undone, especially now that the Doomsday Clock could be said to have ticked closer to midnight as consequence of Putin’s invasion of Ukraine (a nuclear strike one of few genuinely useful applications of a national alert system for a nation not prone to earthquakes or hurricanes).

In light of the aforementioned, are we witnessing another example of Government’s dubiously immaculate domestic and geopolitical timing of late? Pray not so.

The public know that from the declaration of a global pandemic to our current supposed emergence from it, at the heart of each and every step has been scandal, inhumanity, censorship and deceit, alongside scores of nutty public announcements, and penalties for failure to comply with hysterical mandates and guidelines. This new alert system, therefore, should be viewed with extreme scepticism.

Either it will never be used, or like the NHS app it will rapidly evolve into a tool by which to manipulate behaviour.

Just what might the ramifications be of failing to ‘stop what you’re doing and follow the instructions in the alert’ in years to come? For those who opted to hold firm in the face of the State’s suffocating nosiness of late, many of the consequences were real and grave.

So perhaps if one refuses to heed future alerts, and scurry home to shelter or unplug all one’s domestic appliances, or to don a smart-mask, take a test, or perhaps tick the box which shows you have read and understood the latest counter-infodemic science, then certain ‘privileges’ might be revoked, fixed penalty notices automatically issued, or a black mark put against one’s name or credit rating.

Now, where in the world does this already happen to a certain extent?

Many other countries and corporations have already adopted alert systems of some kind (see the portfolio of clients of the software company behind the UK’s system, Everbridge Inc, here) but the British people need a remote-controlled pocket-civil-defence-siren like they needed the similarly useless health passes and passenger locator forms of the pandemic.

Least of all do we need yet another health and safety system which – if the duplicitous response to Covid-19 was anything to go by – will more than likely end up being abused: alerting us to spurious elevations in air pollution, the uncorroborated R rate of the latest virus of suspect origin, or more sinisterly, ‘fact-checker’ alerts of some kind. We have the mainstream media for that.

Yet neither the MSM nor the UK Government are much interested in alerting us to such dangers to life as those contained within the Product Characteristics and Patient Information Leaflet for 10 micrograms of Pfizer’s Comirnaty vaccine (recommended dose for 5-to-11-year-olds) for example – part of the most up to date protocol on its administration. Dangers such as:

‘No interaction studies have been performed.’

‘The duration of protection afforded by the vaccine is unknown as it is still being determined by ongoing clinical trials.’

‘The efficacy and safety of the vaccine has not been assessed in immunocompromised individuals, including those receiving immunosuppressant therapy.’

Alongside there being ‘little experience with use of Comirnaty in pregnant women’.

The perils of Storm Eunice, on the other hand . . .

This capacity to instil fear within the entire population at the touch of a button is simply one more insidious method by which the State is prising open the convenient, remedial markets for the treatment of said fear – the piecemeal augmentation of humans, and the fake paradise and entertainments of the metaverse.

Trepidation, anxiety, and a lack of self-confidence is now written through this nation like a stick of rock – on the outside, all the colours of the Woke rainbow: on the inside, a fear of the elements, of other, of attack, of one’s carbon-footprint, of disinformation, but most tragically of all, of oneself.

Are we British bulldogs any more, or Nanny’s shivering chihuahuas?

Share
Facebook
Twitter
WhatsApp
Email
Previous articleHow I was poisoned by PEG, the petrol potion mixed into the jab
Next articleFunnyman J P Sears is deadly serious about Schwab