That Body Snatchers film was fiction, wasn’t it? 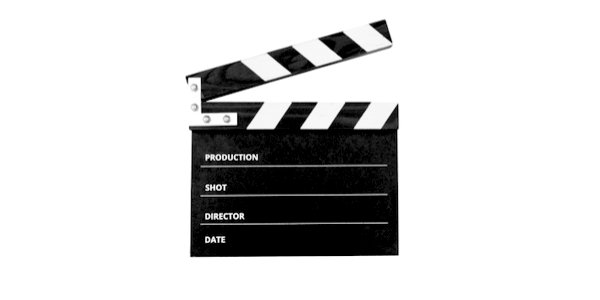 In 2016, soon after the EU referendum, Ken MacIntosh wrote in TCW: ‘The Brexit vote has acted in a manner akin to the film Invasion of the Body Snatchers. It has infected us, morphing us into terrible new beings.’

Since Covid appeared on the scene, there have been several mentions of Invasion of the Body Snatchers in articles and comments on TCW Defending Freedom. What makes this corny, cheaply-made film resonate? I thought it would be interesting to investigate ….

INVASION of the Body Snatchers is a 1956 black-and-white science fiction film directed by Don Siegel. It is based on a story by Jack Finney, first serialised in the American magazine Collier’s in 1954.

The plot centres around alien seed pods which have been drifting through space for millennia over enormous distances. They settle on the hills outside Santa Mira, a fictional town in California.

The pods are a highly-advanced life form which can create an exact replica of any living thing that comes near them. They do this by transferring and absorbing the energy from the atoms which comprise an organism.

Slowly the living being is precisely copied, atom for atom, molecule for molecule, cell for cell. The original organism becomes evacuated, nothing; a pile of formless grey fluff.

The resultant pod creature can faithfully reproduce the thoughts, behaviour and memories of its victim. But the replication is not flawless; something is missing. The soul, could we say? And all emotions.

The pod-creatures have short lives, five years at most. They are like an artificial compound that an atomic physicist confects: Unstable, volatile, transient. When the supply of life on Earth has been exhausted, the pods will drift off into space once more in search of new life. They are the parasites of the universe, and they will be the last survivors in it.

In somnolent Santa Mira, as the contamination spreads, nothing outwardly changes. Life goes on as before. The buildings are still standing, the streets remain the same; but people start behaving out of character; people whom you’ve known your whole life are no longer themselves. A strange widespread neurosis, evidently contagious, has gripped the population; an epidemic mass hysteria.

This unearthly, malignant contagion is ineluctable. Anybody can become a victim. No one is immune. You cannot easily detect who has or who has not been transmogrified. Nobody can be trusted. Should this ghastly pestilence spread and get out of control, the whole of humanity will be at risk; a nightmare to threaten the world.

The aliens see things differently of course, as aliens tend to. After all, what have we humans done – with the forests that once covered the continents and the oceans we’ve turned into sludge? We have consumed them. The pod people are merely doing to us what we have done to the planet. Why should we object?

Finney’s original story has a happy ending. The aliens eventually abandon their attempt to ingest the population of the Earth. Brave individuals, and small groups who have not succumbed, fight back.

A seed bed of pods is briefly set alight. A number of pods are destroyed, but the rest float back up into space, abandoning the town and the extant pod people, who become listless and uncommunicative. The death rate among them climbs higher than the average for the town. It is sometimes hard to know just what to write down on their death certificates.

The ending of the film was intended to be darker. Don Siegel wanted the townsfolk of Santa Mira to be unable to resist the aliens. The pod people are so devoid of feeling, so single-minded and so ruthless, that nothing and nobody can stand in their way. Studio chiefs demanded additional sequences, turning the main body of the film into a flashback.

How on Earth (if you’ll pardon the pun) can a silly old Fifties film be relevant today? Can there possibly be something in it for all of us?

The ultimate terror for the introvert human being is not death, but to be coerced by life. To be unable to live as himself. To be allowed no independent thoughts or feelings. To be co-opted, denied free will or choice. To lose agency. To be under orders from without. To be vapid; a mindless, conforming automaton, each as any other, like peas in a pod.

The ultimate terror for the extrovert human being is not death, but to be rejected by life. Those friendly faces he trusted and believed were on his side turn out to be his enemies.

They care not a jot about him; revile him. While pretending to love him, they have been callously using him for their own ends all along, and now they toss him aside like a worn-out shoe.

The movie is superbly scripted, as science fiction films so often are. A creature from outer space can give us an extra-terrestrial perspective on things: ‘Less than a month ago, Santa Mira was like any other town. People with nothing but problems. Then from out of the sky came a solution. Pods which have the power to reproduce themselves in the exact likeness of any form of life. There’s no pain … you’re reborn into an untroubled world. Love, desire, ambition, faith. Without them life’s so simple, believe me.’

Stop acting like a fool and accept it. They’re here already. YOU’RE NEXT! (Just kidding).

Here, a pod person speaks for himself …

and you can watch some pods a-popping here.