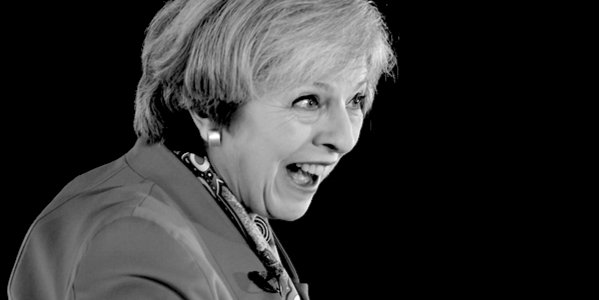 When Neil Kinnock pranced on to the stage at a Labour election rally in 1992, punching the air and shouting ‘We’re awraaat!’ in an American accent, I thought that I had witnessed the most toe-curling moment in British political history. Until yesterday.

A dental appointment precluded my watching Theresa May’s speech to the Tory conference, although I’m sure I would have found another excuse if necessary. On returning home, my attention was drawn to Mrs May’s astonishing approach to the stage, accompanied by the Abba song Dancing Queen.

Surely it had to be a joke – some young techie cleverly manipulating the action to make it look as though Mrs May was doing a robotic dance while pulling faces for the Conservative faithful? But no, it actually happened – and the lady really was for gurning.

Some might say that she showed some of the chutzpah lacking from her dealings with the gnomes of Europe. I would reply: This is the head of our government, a successor to Churchill, Thatcher and other Tory titans. Acting like a drunken dad after several glasses of champers at his daughter’s wedding.

Who, among the silly old bat’s advisers, thought this would be a good idea? And who among the electorate did they think this would impress? I can just see Jezza’s admirers from the Glasto crowd blowing out a cloud of ganja smoke and conceding: ‘Yeah, what a gal. Abba, eh? So-ooooo 21st century.’

While ancient gits like myself shake our heads and wonder about the possibility of emigrating at this late stage.

The 7ft 9in footballer Peter Crouch found himself feted after he celebrated a goal with a robotic dance which accentuated his elongated frame. Somehow, I think this will be more of a Kinnock moment than a Crouch for the desperate Mrs May.