The £100billion lunacy of Operation Moonshot

There are many words for madness and folly derived from ‘moon’: lunatic, lunacy, loony, moonstruck – and Operation Moonshot.

A Government document leaked to the British Medical Journal on September 11 reveals that Operation Moonshot is the ambition of Boris Johnson himself. His proposal is that by early next year (ie within a few months) every one of us is tested weekly for Covid-19. This means carrying out 10million tests a day on a continuous cycle until ‘normality’ resumes, at a stratospheric cost of up to £100billion. We are to be ‘incentivised’ by being ‘sanctioned’ if we refuse to be tested:  denied a weekly ‘immunity/virus free passport’ to enter public venues.

Experts in scientific, medical and statistical fields – apart from experts who have got their eye on a slice of the £100billion – agree that the programme will actually do more harm than good. There could not conceivably be a better way for a Prime Minister to squander £100billion and ruin a nation.

In a letter to the Times on September 11, the Royal Statistical Society (RSS) pointed out the basic statistical fallacies in the PM’s thinking that could cause ‘personal and economic harm to tens of thousands of people’.

Similarly, Dr Anthony Costello, paediatrician and former director at the World Health Organisation (itself a body not short on corruption) tweeted:

‘The PM’s Moonshot nonsense (no science, feasibility, evidence) has been earmarked for £100bn, almost the entire NHS budget, with contracts for Astra, Serco and G4S. This is waste/corruption on a cosmic scale.’

As a full-time scientific technical writer, I have become deeply concerned this year about the way information is being passed from ‘the science’ and its new priesthood to politicians, media and the public. More concerning still is the inability of Boris Johnson and Matt Hancock to grasp the basics of logic and numbers.

The Health Secretary, as we will see, misunderstands the term ‘false-positive percentage’. This intellectual failing seems to have led to Moonshot. But because Moonshot is worth £100billion destined for the medical and science sectors, there are far too few of us employed in science who are willing to tell the world-king that he has no clothes.

The theoretical best for the Covid-19 tests is 0.8 per cent false positive. In nationwide testing the Government’s scientific advisers accept this is impossible, and put the real-life or ‘operational false positive’ at 2.3 per cent. This means that if you test 100 people with no Covid-19 symptoms, about two of them will be, falsely, told they have Covid-19.

Julia Hartley-Brewer (talkRADIO 18 September 2020): ‘What is the false positive rate?’

Matt Hancock: ‘Under 1 per cent means that for all the positive cases, the likelihood of one being a false positive is very small.’

Let us accept Hancock’s optimistic 1 per cent. In a typical group of 100 people with no infection, or a very low rate of infection, using a testing method that has 1 per cent false-positive ‘the likelihood of one being a false positive’ is not, as Hancock says, ‘very small’. It is very large.

I think Hancock is setting 1 against 99. But this is not what false-positive percentage means. For instance, if you test 100 people who are disease-free, you expect to get one false positive and 99 true negative, where perfect testing would give 100 true negative.

We should be alarmed that the NHS is in the hands of Matt Hancock, who has the ear of Boris Johnson, who in turn finds support in the (Labour) Mayor of Liverpool, Joe Anderson, who agreed to conduct the first city-wide pilot for ‘Operation Moonshot’.

An article on November 27 on Bloomberg.com informs us that more than 160,000 tests in Liverpool have been carried out on a voluntary basis as a result of a promotional campaign.

It says: ‘Johnson has this week talked up Liverpool’s success, telling a television crew on Friday: “I don’t want to exaggerate the importance of what mass testing can do, but it’s definitely helped in Liverpool, it can help across the country”.’

Of 160,000 tests carried out, there were a few over 2,000 positive detections. This is a detection rate of only 1.3 per cent of people in Liverpool with no symptoms, which is what we should expect if no one being tested has the disease. For details of the Liverpool project, and the methods of mass testing used, see Dr Mike Yeadon’s report on Lockdown Sceptics. The PCR False Positive Pseudo-Epidemic – Lockdown Sceptics

The Mayor of Liverpool backed up the Prime Minister, who himself seems to have gone a bit mute on Moonshot, perhaps trying to bury his embarrassment about dreaming up the scheme in the first place, and hoping the vaccine will save him. ‘Mass testing in itself isn’t a panacea – it never will be,’ Anderson told the Observer. ‘But it’s a tool in the armoury. We’ve got a couple of thousand people now that have tested positive within the pilot, and that means 2,000 fewer people are spreading the virus.’

The Mayor of Liverpool has since been suspended from the Labour Party. He was arrested on December 4, with Derek Hatton. This followed a year-long police investigation, resulting in the arrests of five men, according to the BBC News website, ‘on suspicion of conspiracy to commit bribery and witness intimidation’.  Derek Hatton’s Trotskyist Militant Group ran the Liverpool city council in the Thatcher era, when – for those of us old enough to remember – it was widely known as the ‘Loony Left’. 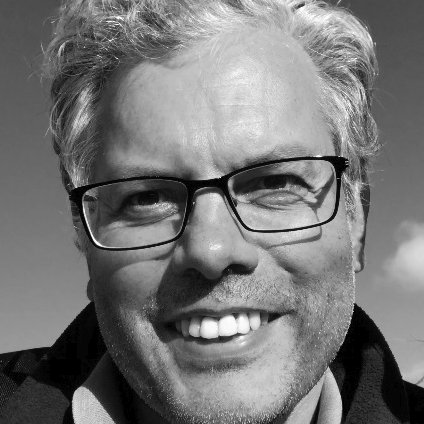