The abdication of responsibility 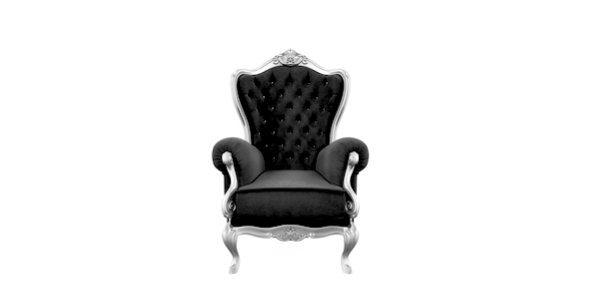 THE end of 2018 provides a welcome opportunity for sober reflection. Being about as popular as a Times journalist at a Kate Osamor party, I tend to shun New Year’s Eve festivities, although this year thankfully I didn’t even have to – infer from that what you will.

2018 also marked the first time that I listened attentively to the Queen’s Speech in its entirety. I was struck, not by the speech itself, but by the dignity and sincerity of the delivery – the Queen really is quite a marvel.

Getting on for 67 years on the throne, there must have been times when HM has thought ‘Dear Lord, Let’s make it an early gin and Dubonnet’, but you wouldn’t know it by her record of service. At 92, she still managed to squeeze in almost 300 engagements last year. If that isn’t value for money at the Happy Shopper price tag of 69p per taxpayer, then I don’t know what is.

The only thing the media could reflect on, however, was that Her Majesty has a rather splendid gold piano.

With Jeremy Corbyn perilously close to Number 10, and presumably proposing a £20k, Iran-sponsored gold piano for everyone except Her Majesty, it might be time for the nation to reconsider its own sense of duty.

Like so much already destroyed by the professionally aggrieved, responsibility has lost its appeal. In an age where everything is judged merely on its inclusivity, how do you make decisions which don’t actually decide anything? Anyone unfortunate enough to hold a job requiring decisive action soon discovers they are facing a Herculean task.

Perhaps this in part explains the fetish for outsourcing authority to whichever bloated institution best assuages our guilt – the nanny state, the EU or the full global government – as long as it’s someone else’s neck on the line.

Only a society which has gravely abrogated its responsibilities could have its second largest airport shut down for two days in the run-up to Christmas, possibly because of a toy helicopter. Not only could the police at Gatwick not shoot the drone down for fear of where the bullets might go, but neither could they jam the radio waves as the situation was not sufficiently ‘serious’.

In hindsight it appears that the drone may not even have existed, or it may simply have been the Old Bill getting their Secret Santa toys out too early. Either way it doesn’t exactly inspire confidence.

A man who certainly does inspire confidence, however, our beloved London Mayor Sadiq Khan, manages to shrug off a slightly distressing 132 London murders in 2018 (the highest figure since 2008). But stoical as he is, he cannot quite bring himself to tolerate the quality of the air in the capital.

London's toxic air kills thousands of people each year. That's why in 2019 we'll be taking bold action to clean up our air including the introduction of the Ultra Low Emission Zone which will run 24/7 in Central London from 8 April. Find out more here: https://t.co/aaeemfqDwB

Clearly, if you’re going to get stabbed (and London’s as good a place as any), you don’t want impure air ruining the experience for you.

Meanwhile, Home Secretary Sajid Javid tells anyone who’ll listen that there are ‘no easy answers’ to the influx of migrants arriving on the south coast, and that the reasons are ‘outside our control’. Presumably the Royal Navy is either on sabbatical, or it’s the wrong time of the month for most of the lads, who understandably haven’t had much chance to get to grips with the correct application of a male tampon.

The flipside to this dearth of responsibility is the utter contempt levelled at anyone wishing to undertake it. All across the West, nation states are besieged by insulated elites hell-bent on explaining to their intellectual inferiors why they are incapable of deciding their own future.

And while globalists are publicly desirous of a borderless world, their estate agents appear to be surprisingly less inclusive.

Even Pope Francis, himself no stranger to walls, has joined Angela Merkel’s call for nation states to ‘give up their sovereignty’ for the ‘greater good’. They couldn’t be more wrong in reading the public mood.

2019 is going to be an interesting year. In March, we will finally see Brexit come to fruition, though most likely a Brexit in name only. It is at this point that the globalists may discover exactly why you dispense with responsibility at your peril – I only hope WTO terms are sufficiently in place for France to lend us a few of their yellow vests.

While the Queen is unelected, she has never shirked, she has never betrayed the nation, and she displays no signs of imminent abdication. Come March 29, while she is not officially permitted to enter the House of Commons, it might be an opportune moment for Her Majesty to kick the door in and sack the lot of them. If we’re going to have people in charge, perhaps we should get someone who takes their responsibilities seriously.