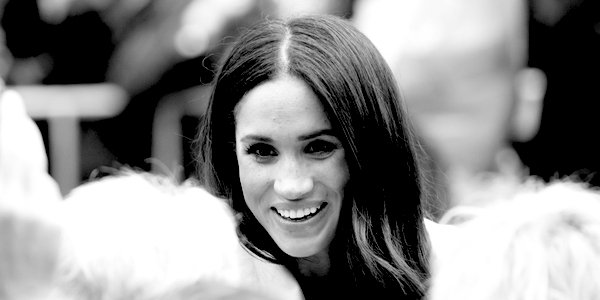 IN a TCW article earlier this month, I drew attention to the extraordinary reaction that greeted the formal release of the Dobbs opinion by the US Supreme Court.

That judgment quashed the 1973 Roe v Wade decision that accounts for at least 63million officially recorded abortions. But it does not end the debate on the morality of the act. Neither does it remove ‘constitutional rights’ to abortion – they never existed.

Across the US, animated opposition to the judgment persists. Just recently, that doughty freedom fighter Alexandria Ocasio-Cortez took to the streets with other Democratic members of Congress, including Ilhan Omar and Rashida Tlaib, in a piece of public theatre where they feigned being handcuffed and led away from a pro-abortion rally.

Sandy and her crew were arrested and duly fined after receiving three warnings from some very polite police officers. Her police victim performance failed to convince when she was unable to resist offering a victory wave to her fans.

‘No faking here,’ Ocasio-Cortez responded later on Twitter, counselling: ‘Putting your hands behind your back is a best practice while detained, handcuffed or not, to avoid escalating charges like resisting arrest.’

Luckily for amateur actresses and abortion activists, help is on hand in the guise of no less a personage than Meghan Markle, who told Vogue magazine last month that she and Prince Harry had experienced a ‘guttural’ reaction to the Supreme Court’s decision.

Interviewed with her ‘new near-neighbour’ and arch-feminist Gloria Steinem, the Duchess of Sussex remarked: ‘These issues are systemic, interconnected, and preventable. Women of colour and especially Black women are most impacted by these decisions because most of us don’t have the same access to health care, economic opportunity, mental health resources.’ She added: ‘My husband and I talked about that a lot … he’s a feminist too.’

When mentioning the impact of the decision on black women, perhaps Meghan was unaware that in 2016, more black babies were killed by abortion than were born in New York City.

Meghan spoke of a future trip with Ms Steinem to lobby decision-makers on abortion and other social issues. Since quitting the UK in 2020, she has asked Congress to legislate for paid parental leave and supported new childcare initiatives.

In May, Alexander Larman wrote in the Spectator that Meghan’s presidential run ‘appears inevitable’. With personal likeability that outshines Hillary Clinton, intellect to match Vice-President Kamala Harris and the acting skills of Alexandria Ocasio-Cortez, she should be a shoo-in for the Democrat nomination.

In the UK, the Sunday Times carried a story claiming a ‘chilling’ rise in police investigations into breaches of our abortion laws, highlighting the cases of two women facing criminal charges.

The British Pregnancy Advisory Service – the country’s biggest abortion provider, with more than 40 clinics, essentially the abortion arm of the NHS – issued an open letter to Max Hill, the Director of Public Prosecutions, calling for the cases to be dropped.

It has long advocated for more liberal abortion and describes itself as ‘an expert provider of late gestation terminations, currently undertaking two-thirds of all late terminations in the country’.

Signatories to the BPAS letter include the usual suspects – the Royal College of Obstetricians and Gynaecologists; Liberty; the Trades Union Congress; Doctors for Choice UK; the Terrence Higgins Trust the Haldane Society of Socialist Lawyers; The Fawcett Society, Southall Black Sisters; Humanists UK; Abortion Support Network and the Vagina Museum.

Amnesty International signed up to defend abortion as a ‘basic healthcare need for millions of women, girls and others who can become pregnant.’ It estimates that more than one in four pregnancies ends in abortion each year.

The open letter confirms that one woman is facing prosecution under the Offences Against the Person Act 1861 and the other under the Infant Life (Preservation) Act 1929. The Sunday Times report confirms that one is accused of unlawfully taking the abortion pill misoprostol and that she was told via an interpreter that she will stand trial in February next year.

The second woman is said to have obtained pills from the BPAS under legislation which allowed women under ten weeks pregnant to receive them by post during the pandemic following a ‘remote telemedicine consultation’. She went on to deliver a 28-week foetus and was reported to the police.

So ‘successful’ was the postal abortion pill scheme, enabling upwards of 150,000 women to have abortions at home during Covid – without the inconvenience of an in-person medical assessment – that our legislators voted to continue it nationwide.

Regardless of the circumstances of the cases against the two accused women, surely the real crime here is the uncontrolled availability of abortion medications and the absence of any monitoring of the actual stage of pregnancy? The ‘viability standard,’ the time when a foetus is understood to have a chance of life outside its mother’s womb, is currently 24 weeks.

So the past two years have brought more abortions using pills at home. But they have not diminished the demand for other types of abortion, such as ‘medical abortion’ – where mifepristone (antiprogesterone) and misoprostol (prostaglandin) pills poison the foetus – and ‘surgical abortion’ where a doctor removes the foetus in an operation.

There are two main forms of surgical intervention. One is vacuum aspiration, usually conducted between three and 12 weeks gestation, where the foetus is removed by suction. The other is dilation and vacuation, generally performed between 13 and 24 weeks, but also later, where the foetus is dismembered and the placenta dissected, the ‘parts’ then being removed using forceps.

The Abortion Act 1967 made abortion legal across England, Scotland and Wales, up to 23 weeks and six days of pregnancy. The law stipulates that abortion providers have a duty to investigate why a woman is seeking an abortion and that two doctors must then sign off to confirm that she meets the legal criteria.

The obligation is founded in the 1861 Offences Against the Person Act, which made it a criminal offence for a woman to ‘unlawfully procure her own miscarriage’.

Even with widespread access to cheap, often free, contraception, the morning-after pill available online and at supermarkets and pharmacists, and immediate access to early abortion services, hardline abortion campaigners regard current legislative safeguards as out of date and restrictive.

Clare Murphy, chief executive of BPAS, rejects the notion of police investigations in abortion matters, saying: ‘This is only the beginning of an increase in the criminalisation of women in the most complex and difficult of circumstances.’

She also warns that prosecutions may deter women experiencing miscarriages and incomplete abortions from seeking treatment and she is not too big to play the race card: ‘For some migrant women who are ineligible for NHS-funded abortion care (?) they may feel that accessing abortion pills illegally is their only option. If these women attend hospital needing help, should the police be called, or should these women receive medical care and support without fear of prosecution?

‘There is no public interest in pursuing these cases. We urge the DPP to issue guidance to stop the prosecution of women ending their own pregnancies as a matter of urgency.’

I beg to differ.