The adventures of Mr Benn Johnson 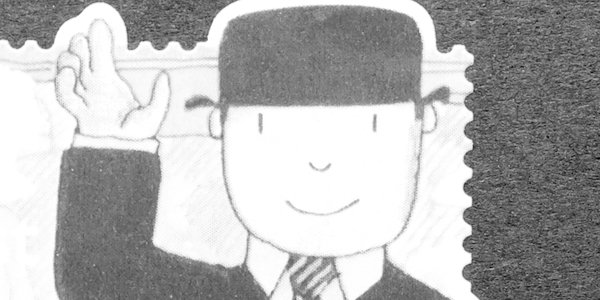 MANY readers will have fond memories of Mr Benn, the animated television series aired first by the BBC in the early 1970s and repeated many times since. Its title character regularly leaves his home at No 52 Festive Road, London, to visit a fancy-dress shop run by a mysterious, bespectacled, moustachioed man in a small, eastern-style hat. Every time Mr Benn takes a new outfit into the changing room, he finds another door which is his gateway to adventure. Does his penchant for dressing up in weird outfits remind you of anyone . . . ?

It was Wednesday morning in Downing Street and the latest batch of lateral flow tests and masks were being delivered at Number 10. Benn Johnson was feeling restless. ‘Cripes, Carrie,’ he boomed. ‘It must be days since I was last togged up for a photo-opportunity. Who shall I be next? A soldier?’ ‘No, dear, you’ve done that already in Estonia, 2017.’ ‘I know, a fishmonger grappling with a giant cod.’ ‘Grimsby Market, 2019.’ ‘A mad scientist?’ ‘More times than I can count.’ A drug squad policeman?’ ‘Blimey, you’re losing your marbles big-time. That was just the other day, in Liverpool.’ ‘A British Gas engineer?’ ‘Leicester, in September.’ ‘Zounds! It must be time for another visit to that little fancy-dress shop down the road.’

Donning his bowler hat, Mr Benn Johnson nipped out through a rear exit to evade his bodyguards and jogged briskly to the shop in question. ‘What’s it to be today, Mr Benn Johnson?’ said the owner, Mr Gates. ‘You haven’t been an astronaut yet. Or a beekeeper. Perhaps a sewage worker. Or a vampire. Or a drag queen. Or a turnip.’

‘You know, Mr Gates, I’m ready for something radical. How about I pose as a serious politician?’

‘Oh dear, dear, Mr Benn Johnson. I’m afraid you could never pull that one off.’