The answer to drug crime is punishment 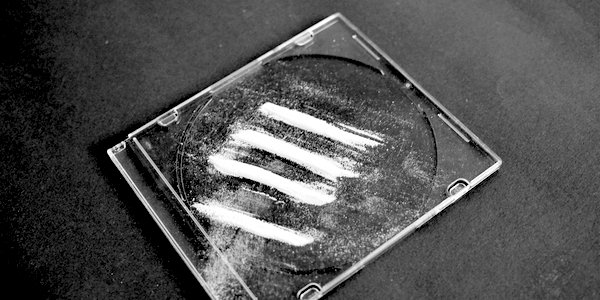 When you enter Singapore and fill in your immigration form, it says in big bold red letters: WARNING DEATH TO DRUG TRAFFICKERS UNDER SINGAPORE LAW.

Malaysia similarly has a mandatory death sentence for drug offences. Indonesia decided in 2016 it should go even further and proposed executing drug dealers by force-feeding them their own drugs.

The Philippines recently declared all-out war on drug dealers and there are estimates that 20,000 have been killed.

I am not advocating such drastic measures. But if you ask whether these measures work, the answer is yes, almost certainly. Singapore, in particular, has one of the lowest crime and murder rates in the world. You think twice when you sign that immigration form, not just about drugs but also about making sure you don’t commit other offences. There was a notorious case a few years ago when an American teenager was publicly lashed for vandalising cars. The Singaporeans went ahead with this despite an international outcry to show what would happen to others. Do cars get vandalised in Singapore now? Almost never. These stories last a long time.

Meanwhile in liberal London we do not even want stop and search. We stopped profiling suspects and guess what, drug gangs are flourishing, knives and guns are everywhere and the murder rate is spiralling out of control.

But let’s look at it another way: it is simply the abandonment of common sense not to search certain groups of people behaving in suspicious ways on street corners.

How many 80-year-old women of any race do the police search? Almost zero. That’s because they do not hang around on street corners at 1am or race up and down residential streets blasting music out of open car windows. Nor do they normally carry knives or guns.

So already we are age profiling.

How many city men in business suits have concealed weapons in their trousers? Not a lot, I would guess, unless they are about to blast their brains out because their wife has left them or they have lost a fortune gambling.

Indeed, the reason why the fashion developed for young men having their trousers halfway or fully down their backsides, showing their underwear, was exactly because of concealed weapons in US jails. The problem was so bad that the jails took inmates’ belts away. This then developed into ghetto culture so that now you put the belt below your bottom, rather than around your waist.

So whilst Asia has taken draconian measures, we have had a softer and softer approach. And what starts in London will shortly spill over to other cities and then to smaller towns until we risk the whole country ending up like Mexico with running gun battles in the streets.

Britain’s crime wave is little reported beyond the local papers. Last year £50million worth of cocaine washed up on a beach in Great Yarmouth. In October the boss of a drugs gang responsible for trafficking around £250,000 worth of crack cocaine and heroin into Great Yarmouth was jailed for eight years.

But how much had they dealt before they were caught? Drugs have devastated Great Yarmouth, bringing crime, violence and a collapse in property prices. You can now buy an eight-bedroom house for £90,000.

Cigarette dealing also appears to have been taking place on an industrial scale in the town. Most local people knew where to buy illegal cheap cigarettes. If they knew, why could the police not find out? Members of one of the smuggling gangs were caught but the crime had been going on for years and their arrest was but the tip of an iceberg.

The fundamental problem is that the rewards for crime are so big and the penalties so small. If you are prepared for a jail sentence, which will probably be reduced later, and you are 18 years old and you can either earn hundreds of thousands of pounds drug dealing or work at a minimum wage job for £8 an hour, which would you take?

As a young, inner-city guy with few or no school qualifications, you can probably earn more in a year than in a lifetime of minimum wage drudgery. So you start, and so does your neighbour. It is easy, even if it means killing a few people on the way, to be a kingpin. Is an 18-year-old, high on drugs, adrenaline and testosterone, going to think of the long term? But if he knew that if he got caught dealing drugs or for murder he would automatically hang, would he be quite so keen? Maybe that minimum wage job in Tesco would start to look at little more appealing.

Footnote: The aim of this article is to emphasise that risk and reward are completely out of synch with regards to drug dealing, not to promote the death penalty, although I do believe that for terrorist offences or drug-related murders it may have a part to play. Yet we, as a society, are never allowed to debate it. When was the last time MPs even spoke about it, let alone had a free vote on it?