The artist who showed the human side of war 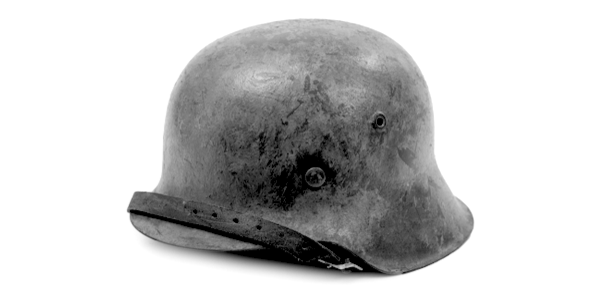 Baggage to the Enemy by Edward Ardizzone

EARLY in 1940 the illustrator Edward Ardizzone was one of the first painters appointed by the War Artists Advisory Committee, formed by Sir Kenneth Clark, to create a visual record of Britain at war.

Not long afterwards Ardizzone was in France with the British Expeditionary Force. Baggage to the Enemy, published in 1941, is an account of his experiences with many line drawings accompanying the text.

Initially Ardizzone found himself in Lens and Arras with not much happening. He was billeted with the family of a silk-stocking worker called Donat and there is a charming picture of the family in their dining room, made poignant by the looming disaster. After a while Ardizzone fell in with some newspaper photographers who had noses for the dramatic and the group roamed the countryside looking for incident. They had quite a fun time, stopping at restaurants, drinking wine and champagne (at four shillings a bottle) and partying at night. These were the days of the Phoney War but things picked up for picture opportunities after the Germans invaded the Low Countries on May 10. Ardizzone was woken by his batman and given the news. He left Arras and went to the Advanced Headquarters in Lille, where journalists were banging out copy on typewriters: ‘They sat at a long cloth-covered table which was littered with tea cups and quarter bottles of champagne. For months they had been at their wits’ end to find copy to send home. Now they were getting too much.’

Ardizzone and his colleagues were ‘impatient for the sight of war’. Near Brussels they notice ‘shoddy looking’ Belgian soldiers with dirty equipment, odd uniforms and lacking weaponry. They also encounter refugees for the first time. The description is affecting: ‘I think what struck me most was the bicycles. Nearly all of them pushed bicycles which were laden with bundles wrapped in red blankets. The men carried great bundles strapped to their backs as well. And then, except for the very poor, they were all wearing their “Sunday Best” as if they were loath to leave their best clothes behind. Another thing I noticed was that most of the women and children, in spite of their Sunday clothes, wore carpet slippers. The men wore boots. Occasionally one would see a bed-ridden old woman being pulled along in a hand-cart by her equally aged husband, or a great horse-drawn wagon piled high with bedding and with women and children sitting on top. But those on carts were the exceptions. The majority were on foot.

‘Many of the older people and the women carrying infants looked very tired. Some could hardly walk. The children, however, seemed to suffer least. To them, as the weather was fine, it must have seemed like an extended picnic. The children also seemed to have charge of the animals. In nearly every family group a small boy was lugging along a large dog on a lead, or a small girl was carrying a puppy or a cat. Dogs which were too tired to walk were being given rides on the saddles of bicycles.’

Not all pets were so carefully looked after. In Louvain, empty and ‘uncannily silent’, he notices a little grey terrier looking out of the window of a large deserted house on the boulevard. He gets a Belgian soldier to break the door down. The house is elegantly furnished, with coats and hats hanging in the hall and the remains of a meal on the dining table. He finds the dog under the cooker but it refuses to be rescued and he has to leave it. Outside other small dogs trot around in the ruins: ‘It seemed as if the peasants had taken their pets with them, but that the rich bourgeoise with their cars had left their pets behind.’

In Amiens the station square is thronged with thousands of refugees. A day later, after an air raid, the square is full of bodies: ‘. . . streams of blood made little islands of the cobblestones’.

Near Louvain he sees some nuns in a ditch as a German bomber flies over being tracked by anti-aircraft fire: ‘They crouched in little groups with their heads bowed like the women at the base of the Cross in Tintoretto’s Crucifixion.’

In Louvain three priests are begging for lifts but they have no room in their vehicle: ‘It was useless. We could not help them. We had to harden our hearts and drive ruthlessly away.’

While reading the book I searched YouTube for 1940 footage of Louvain and found some unused Pathé news film, featuring nuns and a priest riding on the side of a car. It seems likely that they are the same ones Ardizzone saw.

He also describes the bridge in the town being blown up to delay the German advance, and here is Pathé film of the general situation:

When he eventually crosses the Channel in an old steamer, he sees the white cliffs of Dover ‘with a wonderful feeling of pleasure and relief’.

He worked up his drawings and they were shown with other war artists’ work in London and New York in 1941, and were well received. Critics instantly saw the virtues of Ardizzone’s approach. Of his picture of a priest begging a lift in Louvain, Edward Alden Jewell, the art critic of the New York Times, said Ardizzone’s ‘tender vignettes . . . often seem to tell us more about war than can stylised compositions such as Graham Sutherland’s Devastation series.’

This is a wonderful example which illustrates Jewell’s point:

Ardizzone went on to make drawings of blitzed London and later the Italian campaign. Many can be seen on the Imperial War Museum website. After the war he was much in demand to illustrate books, many of them for children, notably The Otterbury Incident of 1948 and Stig of the Dump (1963) His 1972 Desert Island Discs can be heard here. He died in 1979, aged 79.

His art is intensely human, a quality conspicuous by its absence in today’s arid postmodernism. Baggage to the Enemy has been out of print for 79 years but you can find copies online fairly easily and I warmly recommend it. It is a beautiful rendering of humanity in the face of inhumanity and tragedy.