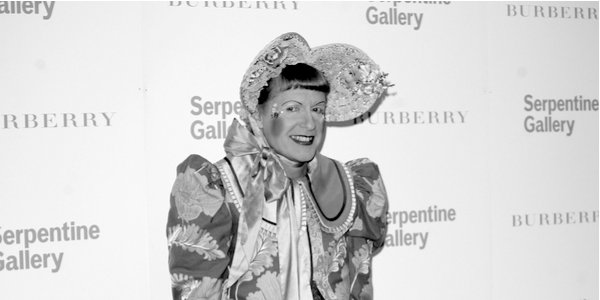 How did Grayson Perry, nabob of British culture, postmodern popinjay and professional transvestite arrive in his august position? In 2003 he won the Turner Prize, that annual spit in the face to a great painter. He was awarded the prize for, among other things, a grotesque and ugly vase entitled We’ve Found the Body of Your Child, which fleshed out the narrative suggested by the title in a drawing that would not have made it into the lowliest Seventies children’s paperback.

Unlike so many who have won the Turner, Perry did not sink without trace but instead received the full garlands available to the emerging artist in modern Britain: Commander of the British Empire, Royal Academician, Reith Lecturer, Times columnist, Saatchi protégé, collected by the Arts Council, Tate and Victoria and Albert Museum among others; publishing two autobiographies by the age of 58 and, drum roll, curating the 2018 Royal Academy Summer Exhibition. The powers that be in culture seem to be intent on making Perry into that loathsome thing, a ‘national treasure’.

Of course, for that to happen in reality he would have to be treasured by ordinary people and I doubt that the public really treasure what he is offering, if indeed they know anything about what he does. As I said in my column about Arts Council money – ie your money – being spent on ‘demystifying the anus’ in South London, the arts establishment has an agenda, and that agenda revolves around doctrines and theories that are satellites of Marxist cultural criticism. If artists fit into that scheme and its increasingly complex classifications of race, gender and sexual taste then they will go up in the world; if not, bye-bye. State-controlled art in the West is not that different to the old communist system: it’s our way or, er, that’s it. Art itself has very little to do with it.

However, state funding is only half the problem. The collapse of standards, lucid criticism and taste that has come about through critical theory and postmodernism meshing with television and popular culture is now everywhere to be seen, and just as much where private money holds sway. The RA Summer Show, which ended on Sunday, demonstrated this, as it does year after year. The sheer childishness, laziness and incompetence of what was selected was the only extraordinary thing about it. The overall impression was of a giant kindergarten wall that occasionally gave way to the sixth-form common room. ‘You can see why people take the mickey out of art,’ said a man to his female companion as I passed. Heaped in gallery after gallery were scribbles, daubs and giant plastic cartoon characters. There was a paper plane, a 25ft high piece of knitwear and a papier mache gnome called Ron (£800 if you are interested). This is, for the most part, art that lacks interrogation of the world or the self; it is evidently the work of whim, fancy and towering ego.

I knew Donald Trump would be depicted there, and Nigel Farage, and Brexit and refugees, rap artists and almost every other bogeyman, political neurosis or fetish of the liberal Left who run British culture. Naturally I wondered how Islam would be jemmied in. Sure enough at one end of a gallery high above everything else hung a huge acrylic by one Ben Johnson of the Dome of the Rock, the Islamic shrine in Jerusalem. Yours for just £120,000. There are no conceptual jokes or sniggers with this one, no Ofili-esque porn cut-outs or elephant dung here, no sirree. You can laugh yourself silly at battered old Christianity but you take a bit of a chance in Soviet Britain if you want to raise a laugh where the religion of peace is concerned. Doubtless when we look at the painting we are meant to consider the conflict of Israel and Palestine. I did not, for that very morning the latest Westminster terror incident had occurred and my mind was occupied by what the children and grandchildren of the people who run Britain now will think about their forebears’ handiwork in the fields of social engineering and immigration 30 or 40 years down the line.

Perry’s stated aim is to ‘champion the democracy and diversity of the art being made at the moment’, but there is the problem: there is not a great deal of diversity here: trashy postmodernist art won the cultural revolution – because it captured education – and there is little else on offer but that: art fads of the past 50 years are regurgitated again and again and have never looked so tired: pop-art, punk, art brut, abstraction etc. The brochure has a silhouette of the statue of Sir Joshua Reynolds outside the RA surrounded by a colour field of shocking pink. Someone should tell Perry that shocking pink is not that shocking any more.

Here and there a few works showed talent and an actual interest in painting. Overall I would say they numbered about 20 in a show of 1,347 exhibits.

Tracey Emin, formerly Professor of Drawing at the RA and herself a CBE, submitted several works that were quite the worst things in the exhibition. The best that could be said about them is that they are extremely hasty preparatory lunges with a brush. The idea that they might be finished works of art just shows how far painting has fallen.

What of Perry’s work? Selfie With Political Causes (a set of 12 prints at £51,000 each) is a crude cartoon depicting a green girl with ‘peace’ on her apron riding a motorcycle. Placed round about are buzzwords, a sort of creed of Modern Britain: racism, sexism, poverty, equality and for good measure, in the shocking pink sky above, global warming.

Here and there in Perry’s work you see the ghost of the painter he might have become had he not opted for becoming the art world’s answer to Dame Edna. Buried under the perversity, aggressive sarcasm mistaken for irony, sloganeering, cartoons and sneering there appears to be an interest in landscape and the human figure.

But pursuing that may not have got him where he is now. The slogans and the ladies’ clothes have taken him so much further.

After I left the exhibition I crossed Piccadilly and looked at the windows of Fortnum & Mason. Their displays, artful and mildly surreal, were better than anything in the show. I went into St James’s Park, where I stood in the exquisite gloaming under some huge old trees. I looked at the powdery turquoise on their bark; I listened to the wind through their branches; I marvelled at the shades of white in the feathers on a swan’s back; I took pleasure in the faded stripes of the deckchairs, ducks squabbling, the evening sun crawling across the grass, the figures in the landscape, the ripples on the lake and the vague blue borders of the park where buildings began again. Here, I reflected, were enough challenges and inspirations for any painter to engage with. Yet there was practically nothing of it in Perry’s ridiculous jumble sale up the road.