The arts column: The conservative soul of rock and roll 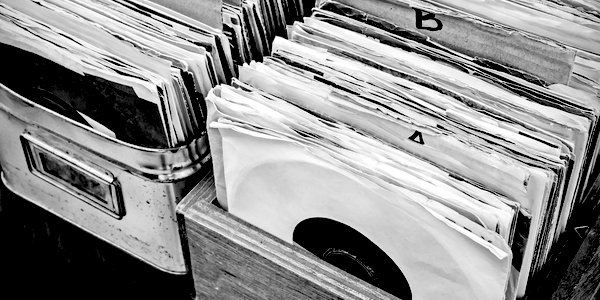 Last week a friend gave me a copy of All the Rage by the late Ian McLagan, keyboard player with the Small Faces, the Faces and for a time the Rolling Stones. If you like classic era rock and roll, and I do, it is a fun read that chronicles his rise from post-war Hounslow to fame, success and the mandatory misadventures with managers, money and drugs. Along the way he played on Tin Soldier, surely one of the finest records of the 1960s.

The book also revived an evergreen question for me: why are records not as good as they were back then?

Though there are many factors in the declining potency of popular music, including technology and the changing shape of the business, I have long felt that changes in society have played a part.

The explosion in pop music in the Sixties was in part surely youth’s revolt against the greyness of post-war Britain mixed with the national genius for invention. Conservatism was perhaps its secret ingredient: teenage rebellion against adult authority can happen only when there is adult authority.

It is hard now to imagine the hoo-ha about long hair, short skirts and other small infractions of convention. The rules existed for a reason. The liberal Left may not care to admit it, but the pre-rock and roll era gave young people the tools for their revolt: good literacy, educational standards and discipline, stable families, safe and drugless streets, imaginations not entirely stunted by television, attention spans capable of serious composition. Additionally, musical standards had to be lived up to. The idea of being good at something or bad at something was still permissible. Social conservatism built the house that the revolutionaries of 1968 held their wild party in. Of course, it is far easier to knock things down than build things up, and revolutions never turn out the way their supporters think they will. The creative vitality went out of pop music after the Seventies. It had become and remains the dominant musical idiom and as such was doomed to become a flabby and empty copy of its heyday, just as the big bands and crooners that were swept aside by rock and roll had, despite many classics, become stale.

The popular music of today is flatulent, entirely derivative, unimaginative and overproduced; its heroes, such as U2, are pillars of the new globalised establishment, extolling the EU and avoiding tax in the standard corporate manner. The cultural revolution eventually ended up going full circle, back to an assembly line of rubbish and sentimentality.

In some ways the liberal Left’s claim to rock and roll is slightly odd. Granted, the art form has implicitly and explicitly advocated drug abuse, promiscuity and various other forms of irresponsibility and selfishness, but the bands themselves represent the antithesis of socialism: they are in essence that conservative exemplar, the autonomous institution, artistic enterprises that were often done for their own sake in what amounts to a Corinthian spirit, even if Mammon often supervened and soured. The wider meaning of their work often celebrates the individual and libertarian instincts.

The Sex Pistols track Bodies contains much profanity but also an unflinching and highly critical view of the hidden horror of abortion. The song rebels against the expedient disposal of life. I like to think of the Rolling Stones’ best record, the sinister and brilliant Gimme Shelter, as a warning about where revolutions finish up:

It was certainly prophetic. No sooner had they finished making it than they were mixed up in the chaos at their disastrous concert at Altamont Speedway, California, in December 1969. Amid a lot of violence Meredith Hunter, a black teenager, was killed by a Hell’s Angel acting as a security guard after apparently pointing a gun at the stage. The occasion is generally reckoned to mark the end of the hippy idealism of the Sixties. Or as one of the Stones is reported to have said on the plane back to New York: ‘Flower power was a load of old crap really, wasn’t it?’

In the current culture wars it is important to spell out that challenging and sometimes difficult art is not the ring-fenced preserve of the Left. For example, Anthony Burgess’s A Clockwork Orange is not an easy novel to read and still less an easy film to watch. Nevertheless, it was a warning from Burgess, a Catholic, about a conservative concern: the rights and choices of the individual under an over-mighty State.

For the BBC, the Sixties were a kind of Year (or Decade) Zero for liberation, and its many programmes on that time appear to push the line that drugs were responsible for the renaissance of popular music. No doubt there were some fleeting moments of intoxicated inspiration – but without the conditions I have mentioned, mostly drivel would have been produced, in the same way that had Samuel Taylor Coleridge not been well-read and educated he would likely not, after an opium-influenced dream, have written such a long-lasting classic of English literature as Kubla Khan.

Drugs are bad. Good work is done in spite of them, not because of them. In the Sixties when drugs took hold songwriting often became self-indulgent and pretentious, not to mention the many stars who died through over-indulgence. The Beatles’ craftsmanship went downhill due to drug use and by the White Album in 1968 they were releasing material which once would have been seen as musical scribbles.

By the time the Sixties revolution had altered society, its surviving musical vanguards – the Stones, Beatles and others – had opted for ways of living their art often appeared to mock. Many set themselves up in an aristocratic manner in country piles and were driven around in Rolls-Royces or Bentleys. I sometimes wonder what they think of what came after them. The public appear to still be in love with the old ways of doings things: hence the music of the Sixties and Seventies still being played in cafes and bars more than 50 years on.

In McLagan’s case we know what he thought of developments. When he was inducted into the Rock and Roll Hall of Fame in 2012, two bands of the Eighties and Nineties, Green Day and Guns N’ Roses, performed. He did not enjoy it, saying they were ‘like kids making too much noise’. Of Green Day, McLagan, who died in 2014, said: ‘They were horrifyingly loud and bad, two things you should never be.’ The revolution had, naturally, produced horrible things.

So if this country ever returns to a more conservative culture and when the Left moans about it, you can say: ‘Well, we might get some decent rock and roll now.’