The Australian tyranny is just a test run 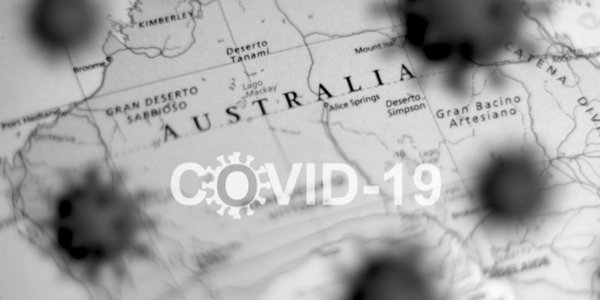 WHEN the ‘pandemic’ struck the Australian state of Victoria, Aaron had just kicked his drugs habit and was about to embark on a new life of sobriety as a swimming teacher. But his state premier, Dan Andrews, had other ideas. A ‘zero Covid’ fanatic, the hard-left Andrews instituted the most draconian and long-lasting lockdowns of any western democracy. Trapped at home, ashamed that he was unable to earn a living and support his family, Aaron decided to end it all.

Before he did the deed, he decided to leave a farewell message to his drugs counsellor, thanking him for all the good work he had done and apologising that it had to end this way. That call was to save his life. Aaron had forgotten to turn off the location finder on his phone and his counsellor tracked him down, lurking by the railway track, just as the express train approached.

This is just one of the extraordinary stories, some deeply upsetting, some life-affirming, many that will move you to tears, on Topher Field’s magnificent documentary Battleground Melbourne.

Field, a 40something Melburnian journalist, had never made a film. He was inspired to do so after living through and helping to fight more than a year’s worth of injustice, brutality and tyranny in the place till quite recently reputed to be the ‘world’s most liveable city.’

I’ve spent time in Melbourne myself and yes, I too could have happily lived there: benign climate, lots of parks and open spaces, great food, leafy suburbs. But that, according to Field, has been its undoing. Like California, he says, it has attracted so many woke urban professionals that it always votes left, ending up with permanently Labor party politicians who have zero incentive to flirt with a single conservative idea.

Perhaps this helps explains why so relatively few people resisted when state premier Dan Andrews used the ‘pandemic’ as an excuse to turn Victoria into an analogue of communist China. Perhaps the good lefties of Melbourne shared his belief in the transformative powers of the muscular state and agreed that desperate times call for Xi-like measures.

These measures included: a declared ‘state of disaster’ giving police carte blanche to enter your home and carry out spot checks without permission or a warrant; an 8pm to 5am curfew; a ban on leaving home in the day except for food and essentials, care and caregiving, daily exercise or work; exercise to last no longer than an hour and to be conducted within a 5km radius of your home; mandatory masks, even outdoors.

For those who bought into Andrews’s ‘zero Covid’ public health narrative, perhaps this seemed sensible and proportionate. Those few who did try to resist were ruthlessly crushed by the authorities: ‘ringleaders’ who tried to organise protests (including a pregnant woman) were arrested in their homes; police tactics at demos grew increasingly thuggish. On one occasion 500 protesters were ‘kettled’ for hours without water in the heat and arrested one by one; on another, the police fired baton rounds at unarmed demonstrators, causing hideous bruising; finally the authorities sent in hardcore anti-terrorist police to patrol the streets in armoured cars, raising understandable fears that sooner or later a civilian was going to get killed.

Perhaps the most remarkable thing about these horrors was how little traction they got in the world media. It was bad enough in Australia where, apart from rare oases of sanity such as Sky Australia’s Outsiders and Alan Jones’s radio show, almost none of the glib, plastic TV show presenters or compliant newspapers seem to find anything weird or objectionable about the Lucky Country’s rapid descent into totalitarianism. Stranger still was the deafening near-silence from the kind of trenchant commentators and rent-a-quote politicians who normally love the chance to speak out against injustice in a tub-thumping tabloid editorial.

Where was the disgusted Mail spread showing bloodied or bruised demonstrators and serried riot police? Where was the Telegraph comment piece by Charles Moore lamenting how one of the jewels of the Commonwealth had been trashed by a socialist dictator who made Hugo Chavez look like Maggie Thatcher? Where was the BBC Panorama special?

By way of comparison, you only have to think what would have happened had, say, Vladimir Putin so abused and immiserated his populace: it would have kept the Western media busy in outrage pieces for weeks on end (‘Ian Birrell puts on his flak jacket to report, yet again, on the latest egregious human rights abuses by the world’s new Hitler’).

But when some hitherto obscure leftist psychopath presides over destroyed businesses and livelihoods, prevents them from seeing dying loved ones, arrests them in the middle of the night, lets his police knock over a 70something woman then pepper spray her in the face (and then lie to the public that she was actually a 34-year-old man in a wig) and it happens in a place akin to suburban England, apparently it’s no big deal: neither for the freedom-loving press nor yet for supposedly caring, liberal politicians such as Boris Johnson.

Why not? The answer is depressingly obvious. What has been happening in Victoria is just a slightly more extreme version of what has been happening across the entire world: outrageous, unprecedent restrictions on freedom being imposed, on no scientific basis, because of a ‘pandemic’ no deadlier than in a bad-ish flu year. To point out the absurdity of Dan Andrews’s deranged zealotry in Victoria (or, for that matter, Chief Minister Michael Gunner’s outrages in Northern Territory or Mark McGowan’s in Western Australia) would merely be to draw attention to a world-wide scam in which we are ALL being played.

In places like Britain, where currently these restrictions are fairly relaxed, it’s tempting to view the shenanigans of pound shop dictators in far-off lands like Canada, Australia and New Zealand as a little local difficulty from which we are happily exempt. Such complacency would be misplaced. First, we are merely in a Phoney War interlude, with many more miseries (shortages; financial system collapse; possibly war) about to come down the line from the same malign ‘elites’ who brought you the pandemic. Second, hotspots like Victoria need to be understood in their proper light: as a test run, by our dark overlords, to see just how far they can push us and how much they can get away with.

The bad news is that they can get away with rather a lot. The good – well, you really need to watch Topher’s documentary to see how when a few brave men and women work together to fight against evil, their courage proves infectious and miracles can happen. Thanks, Topher, and thanks to the Victorian resistance for showing us the way!

You can hear my podcast with Topher Field here.

Share
Facebook
Twitter
WhatsApp
Email
Previous articleNext time you see a footballer taking the knee, remember these two cops
Next articleProgress? The only way is down