The Battle of Hampstead Heath – not many dead 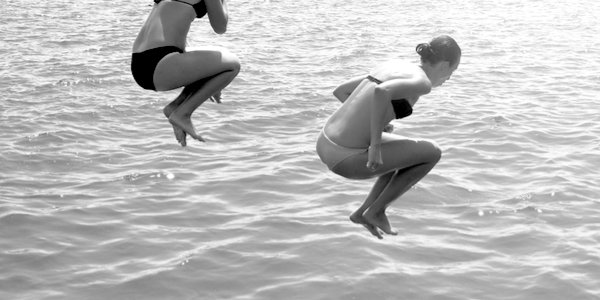 Hope our female readers are feeling extra empowered today, because a brave gang of Glumsnetters has struck a blow for all womankind by invading an elderly gentlemen’s swimming club – in Hampstead.

The crack unit, known as the Bores with the Pelvic Floors, objected to the fact that Hampstead males are allowed to do the front crawl and breast stroke in their own pond, separate from the all women’s and mixed-sex areas.

Glumsnetters planned the raid using specially adapted Bourgeois Blinkers to help them identify the target as the most important issue of the moment.

This enabled them to shut out real-world problems that affect women and young girls – many of which are taking place within a few yoga mats’ distance of Hampstead Heath, albeit in slightly less desirable postcodes. As the organiser of the mission explained: ‘In safespace, no one can hear you thkwwweam!’

The unit was hand-picked from Glumsnetters with the pettiest minds and the narrowest horizons. As many as seven, self-identifying as juveniles for the day, auditioned. This was whittled down to an elite unit of five after two failed the tough ‘Starbucks deprivation’ test.

The unit spent the night pumping each other with dudgeon, sanctimony and self righteousness to achieve a heightened sense of grievance.

After a gruelling Uber ride, the Joyless Division were set down on the edges of Hampstead Heath, in the dead of mid-morning.

They then faced a gruelling yomp of 100 yards, in full pack, carrying their cameras, iPhones and hilarious jokeshop beards.

There was no turning back. At one point, the mission was nearly compromised when a male dashed out of some bushes, looking furtive. But he didn’t notice the women.

Then at last the target emerged. A group of elderly men in trunks. If they could get in amongst them, and disrupt their swimming club rule book, the wimmin knew they could achieve a historic coup.

According to the plan, one of them would stick on a fake beard, another would take a picture, and then they would scarper back to Glumsnet HQ to post the message on their website.

But there was one problem. They couldn’t find anyone who gives a toss. MyopicMimsy went on the Internet, but she was getting Jack Tweet in response.

What were they to do?