NewsPaperthe art of publishing
HomeNewsThe Battle of the Bloggers’ Bulge
34 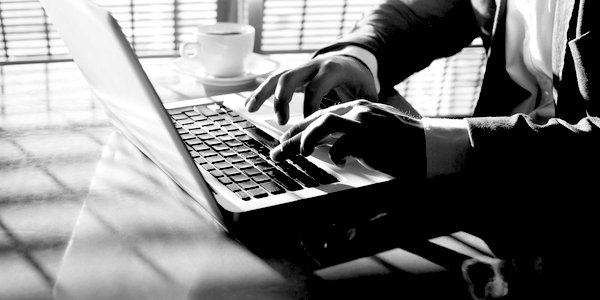 Long live Rod Liddle. The day Rod pops his clogs will be the day I shed a tear, smoke a bowl of burley and tear up my subscription to The Spectator.

Rod has a doctorate in the art of the insult. After learning to say ‘Mama’ and ‘No’, some of the first words he gurgled as a babe were ‘fatuous’, ‘imbecile’, ‘vacuous’ and ‘cretin’. Rod defaults to his put-downs just as Microsoft Word defaults to American spellings and tells you to love your ‘neighbor’ when you really want to love your ‘neighbour’.

Liddle the writer and Luther the reformer could have co-authored the definitive tome on Seven Ways to be Rude to Justin Welby and Pope Francis and still come away with an Indulgence. His lush imagination also helps him to craft impressionistic phrases, exempli gratia, ‘dung beetles around a pillar of golden horseshit’. But the badge of honour that sets him apart from other literati is that Labour heavies have given him the heave-ho from the party.

Liddle’s suspension from Labour is the equivalent of a cleric being suspended under the C of E’s Clergy Disciplinary Measure for ‘conduct unbecoming’ which could mean anything from breaking wind in a crowded lift to getting a ‘Michael Curry loves Harry and Meghan’ tattoo on your rump (rules don’t apply to bishops who fling toys out of their car after a night out at the Irish embassy, eg Tom Butler, former Bishop of Southwark) .

So when Michael Curry’s royal wedding sermon split the world into Curry-loving Lilliputians and Curry-hating Brobdingnagians, the heresy-hunting Brobdingnagians shouted a thousand hallelujahs to heaven when Liddle joined their camp like a ghost from Gulliver’s Travels.

Liddle threw together his prized vocab like a summer fruit topping for a glass of Pimm’s. I immediately spotted ‘fatuous’, ‘imbecility’ and ‘vacuous’ in his column on Curry. Liddle identified the royal wedding text as plagiarised ‘from a particularly stupid and vacuous John Lennon song’  (not sure if he meant ‘All You Need Is Love’ or ‘Imagine’ since both are equally stupid and vacuous).

Like a hawk swooping down on an unsuspecting mouse, Liddle went for Curry’s sermon, labelling it ‘banal to the point of imbecility’. It ‘was the usual mindless pap about love being the only thing that matters’. Liddle said it prompted the memory of ‘an address by a whacked-out Yoko Ono’.

Meanwhile, the losing Lilliputians led by General Adrian Hilton aka Archbishop Cranmer returned to fight the Battle of the Bloggers’ Bulge. Cranmer’s earlier commendation of Curry’s sermon had raised howls of dismay from his fans calling for him to be burnt at the social media stake. In my previous piece on a How a bad Curry gave the royal wedding a spiritual indigestion’, I identified Cranmer’s comparison of Hazza and Megs’s royal wedding with the wedding of Cana as a false analogy.

Now, Cranmer’s blunderbuss has fired another category error.  The critics of Curry would have carped at St Paul’s address to the Athenians, so fie faultfinders! If St Paul is affirming the pagan ‘altar to an unknown God’ and quoting pagan poets like Epimenides, why are the Curry-haters getting their knickers in a knot? Cranmer has slipped on an exegetical banana skin of his own peeling.

Paul does mention ‘repentance’ (so Bishop Ashenden should be happy!) but nowhere does Paul define the term which can ring as hollow as an Englishman saying sorry when he sneezes, so runs Cranmer’s argument. Paul doesn’t mention ‘sin’ or the ‘cross’ or ‘Jesus’! ‘What a spectacularly missed opportunity to proclaim the name of the Messiah!’ and preach such a half-baked gospel, he says.

Cranmer’s Lukan scholarship is 500 years out of date. First, Luke is following the style of the speeches of the Greek historian Thucydides, remembered for his History of the Peloponnesian War. Second, Paul’s speech was not a sermon but a dispute. Luke is reporting how Paul ‘disputed’ or ‘reasoned’ with Jews and God-fearers in the synagogue and with folk in the market-place and with Stoic and Epicurean philosophers who ‘discussed’ stuff with Paul.

Paul seems to have ‘adopted the famous Socratic method of dialogue, involving questions and answers,’ writes John Stott. Paul’s setting was not a wedding or a church. It was the Areopagus, which Stott loosely compares to our university.

Cranmer should know that Paul was not preaching the gospel of John Lennon. Paul makes it clear that God overlooked paganism and idolatry in the past, but now with the revelation of God’s Messiah, the grace period for ignorance had expired and God was calling on people to repent because God ‘has fixed a day on which he will judge the world’. Paul declares such ignorance to be now culpable.

Paul’s speech resulted in some on-the-spot conversions although others mocked. Stott describes how Paul’s disputing ‘led to one of the greatest opportunities of his whole ministry, the presentation of the gospel to the world-famous, supreme council of Athens, the Areopagus’. Besides, some scholars think Paul was not preaching Christ but defending himself since the council had judicial functions.

After exposing their ignorance of the true God, Paul went on to expose the errors of idolatry. Earlier in the chapter, we are told that Paul was ‘greatly distressed to see that the city was full of idols’. The Greek word for ‘distressed’ is paroxyno from which ‘paroxysm’ comes. The word originally was used of a fit or seizure and is used to describe God’s anger towards idolatry in the Old Testament.

Interestingly, liberal scholarship has taken Cranmer’s line in arguing that Paul’s presentation of the gospel was inadequate. Stott rebuts this ‘gratuitous theory’. ‘I believe Paul did preach the cross in Athens,’ he writes. ‘Luke provides only a short extract from his speech, which takes less than two minutes to read. Paul must have filled out this outline considerably, and his conclusion must have included Christ crucified. For how could he proclaim the resurrection without mentioning the death which preceded it? And how could he call for repentance without mentioning the faith in Christ which always accompanies it?’

Ironically, while Cranmer and his evangelical cronies are defending Curry’s alleged orthodoxy, Liddle is not the only secular columnist who has exposed the Moralistic Therapeutic Deism of Curry’s gospel. The Leftist publication Slate has a headline screaming the truth: ‘Bishop Michael Curry’s Sermon at the Royal Wedding Was a Subtly Radical Piece of Theology’.