The BBC is the cheerleader for same-sex surrogacy 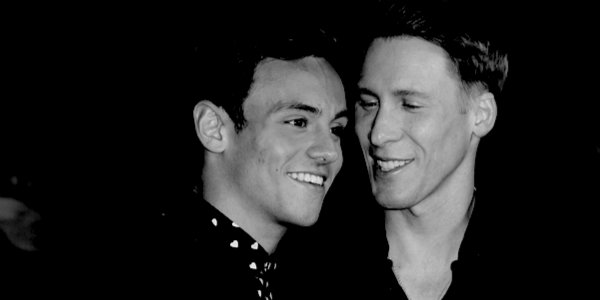 Olympic diver Tom Daley and his ‘husband’ were adorned with sashes bearing the slogan ‘Daddy to be’ as they ‘celebrated the imminent arrival of their son with a baby shower’. Later Daley told the Andrew Marr Show: ‘The laws in the UK are different to the US. If a surrogate carries a baby, UK law recognises the surrogate and her partner as the parents.’ At present, the ‘commissioning couple’ has to apply for a parental order, but Daley was not asked how he would change the law. BBC Radio 5 Live also devoted a full hour to surrogacy without addressing the fact that these children are deprived of their biological mothers or fathers.

Seemingly the BBC has decided that surrogacy – especially for same-sex couples – is A Good Thing; that countervailing arguments must be excluded including the EU’s reasons for refusing to legitimise it. It loves to showcase same-sex couples, but same-sex marriage is fuelling the demand for surrogacy arrangements on the basis of ‘equality’. However, while there is an internationally recognised human right to found a family, there is no universal human right to obtain a child via surrogacy, even when it is co-created by the ‘customer’.

In recent years the sexual diversity campaign has made significant strides; children’s needs were prioritised in the Adoption and Children Act 2002, but the 2006 Equality Act designated the adoption process as ‘the provision of goods and services’; thus on equality grounds adoption must not be withheld from same-sex couples, sometimes with tragic results.

And in surrogacy there is even less official scrutiny, with the ‘commissioning parents’ calling the shots; they can reject the ‘product’ if ‘faulty’ – some surrogate mothers sign a contract agreeing to abort the child if disability is detected. Surrogacy provides impoverished women with income, but it would be better to help them find an ethical source of income than to exploit their poverty.

Surrogacy enthusiasts fail to explain how these ‘much-wanted children’ can be protected from the psychological trauma of discovering the truth of their origins – of learning that their mother sold them to a stranger – and the very terminology shows a reluctance to engage with stark realities; the woman who gives birth to the child is called the ‘surrogate mother’, while the ‘intended mother’ is treated as the real mother. Feminists used to complain that women were treated as breeding vessels, but on surrogacy they are strangely silent, apart from Germaine Greer, who observed that men – specifically Sir Elton John’s husband David Furnish – may now be recognised as mothers.

However, such observations are unwelcome, and Tom Daley described a newspaper headline reading ‘Please don’t pretend two dads is the new normal’ as ‘homophobia’. Despite being brought up by a mother and father, he thinks there is no difference being brought up by two fathers.

All surrogacy is wrong because it treats children as commodities, but even though the individuals involved deserve equal respect and protection there is a particular problem with same-sex partnerships. Hailed as a triumph for diversity, same-sex relationships lack the sexual complementarity that binds the human race together, providing role models for children of both sexes. As a wall is stronger when built from bonded bricks rather than adjacent columns, humanity stands stronger when the sexes are interwoven in the most intimate of relationships.

Sexual segregation spells the end of human solidarity, and with our ancestors condemned as bigots we are marooned in the present politically-correct moment. Cut off from the wisdom of the past, our future is also threatened because of the human temptation to design children rather than accepting them unconditionally.

Campaigners cite historical bans on inter-racial marriage in support of ‘same-sex families’, and yet until very recently nobody demanded the right to create such families; ironically, same-sex couples must use reproductive technology designed for the truly infertile, while it was the natural tendency of inter-racial relationships to produce offspring that provoked the marriage bans. Now, non-white critics of same-sex marriage are counted among the bigots, while those most exercised by the historical wrongs of slavery – notably the BBC – seem oblivious to the fact that surrogacy is slavery reinvented for the modern age.

They would argue that in a modern society people should be allowed to do as they please, but a collection of individuals that do as they please is not a society. Politicians of Left and Right vie with each other to appear modern on sexual matters and yet, as with the ‘products’ of artificial insemination, one day these ‘surrogate’ children may condemn the instrumentalism that allowed them to be brought into existence as a solution to someone else’s problem.

Apparently, ‘it doesn’t matter who you love’, but it does matter that children are being deliberately denied the love of a mother or a father. The BBC is obsessed with ‘diversity’, but it is helping to undermine that most diverse of social groupings, the natural human family.