The blacklisting of Little Britain 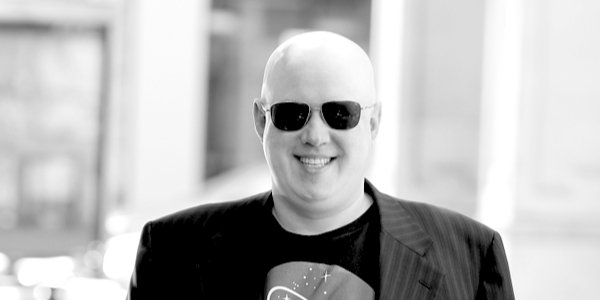 BEING a confirmed cheapskate, I frequent charity shops. While most floorspace in these shops is taken by women’s cast-off clothes, they also sell second-hand books and DVDs for very reasonable prices. It is possible to find some absolute gems amongst the dross of murder mysteries, romances, cookbooks, and thrillers. For example, I was able to secure all six volumes of Churchill’s account of the Second World War including the condensed edition for under £5. A 1916 first edition of The 39 Steps was £1.

I have built up rather a large video library as well. People have been throwing out DVDs at such a rate that charity shops are almost giving them away. The same thing happened during the upgrade from VHS to DVD. In this case the reason is not that people are repurchasing their DVDs in Blu-Ray format. That would be almost impossible as most of the shops that used to specialise in selling DVDs and CDs have closed down, leaving supermarkets to have a few unloved racks of just the recent releases. No, they are offloading their DVDs because they realise they will never watch the films or shows again, or more likely that they have signed up to pay a few pounds every month for an online video streaming service and see this as more convenient than having shelves of DVDs. I wondered why I was able to pick up box sets of the American hospital sitcom Scrubs until I saw that Channel 4 was streaming the entire nine-season series.

These services are not new. They were called ‘Video On Demand’ and launched in the 1980s to provide VHS-quality images using special cables. When British Telecom was privatised, it was actually banned from starting a cable television service as Margaret Thatcher’s government believed this would stifle the development of the industry. The growth and diversity of the telecommunications industry since BT was privatised means this embargo no longer applies.

However when people sign up to an online streaming service, they do lose some control over their choice of viewing. For example, Netflix used to stream all the episodes of Yes Minister, but this stopped in March 2018, so the person who donated the DVDs to the charity shop from which I bought them will either have to repurchase them or sign up to whichever streaming service now has them. Amazon has stopped showing Battlestar Galactica, which meant I had to dig out the box sets. As with computing, it is always good to have a backup.

The reasons why these streaming services stopped showing these box sets were probably commercial; the rights they had were not permanent and were not renewed. The reason why it is now seemingly impossible to stream the character-based sketch comedy Little Britain is quite different.

We are in the middle of a cultural revolution at present marked by an iconoclastic fury over certain images and objects that must be purged in the kind of frenzy normally associated with socialist despotism in the Far East. While the BBC may have bought the rights from the creators to stream the programmes, and made the appropriate residual payments to the talent, the powers that be have made an editorial decision to halt access to the show. The reason is that some of the characters portrayed by Matt Lucas and David Walliams were black and they used make-up to achieve the effect. This is now taboo in these revolutionary times, although given the hostility to the Black and White Minstrel Show in the 1970s it is curious that this was absent over Little Britain until now. It is interesting to note that Walliams’s portrayal of a ludicrous transvestite was never an issue despite all the sound and fury about transsexualism over the past few years, which indicates a pecking order in grievance. Both Walliams and Lucas have issued mea culpas. Acting is a highly precarious profession and neither comedian wants to experience the fate of Benny Hill, who was purged from our screens for similar reasons 40 years ago following persecution led by ‘alternative’ ‘comedian’ Ben Elton and others.

The ban is absurd. The BBC are not broadcasting material that will offend some people, the shows are not actually being broadcast. Instead they reside on the hard disk of a file server in a data-centre somewhere and the data is transmitted to a client device, such as a smart television, smart phone, or a computer (which was invented to be smart anyway), only when it is requested by a person who has made the explicit choice to watch it. In other words it is not the case that a person switches on the television and has to watch what is being shown as would be the case two decades ago; the person has to make a decision watch the selected programme. If they are offended or bored by the content, they can stop and watch something else. While this was also the case on multi-channel broadcast television, the offended person might also have been offended that the content they felt was offensive was being watched by millions simultaneously. Now people are being offended by another individual’s freedom of choice to watch what he or she wants.

I never liked Little Britain, finding it unfunny and vulgar. The works of Harry Enfield and Paul Whitehouse are vastly superior in both writing and acting. By way of comparison, both shows lampooned the Conservative Party. In Harry Enfield’s shows, there was a character called ‘Tory Boy’, a pimply-faced youth who resembled John Selwyn Gummer and who mouthed off about domestic economic rectitude and productivity at the breakfast table to the exasperation of his parents. It was amusing and well-written, though not as popular as Kevin the Teenager. By contrast, Little Britain had Maggie Blackamoor, a middle-aged twinset-and-pearls woman from the Home Counties who would projectile vomit if she discovered she had eaten any food produced by a homosexual or member of an ethnic minority. While the skit chimed with the Blairite cultural war on conservatism, it was quite a tasteless stereotyping which used disgusting bodily functions rather than well-thought-out words. No one complained.

Will the BBC now also withdraw The League of Gentlemen over the black-faced travelling showman Papa Lazarou? Watch this space.

The moral of this story is simple. Online services are quick and convenient. It is far quicker to stream a video than it is to walk to a set of shelves and search through them in the hope of finding the right silverised platter, power up the DVD player, load the DVD, page through the menu and play. However the convenience comes at the price of the editorial decisions of the service provider. This is the downside of shifting content online. Not only is there a new dependency on the reliability of end-to-end connectivity as well as paying the internet service provider for this connectivity, there is also a reliance on the goodwill of the provider of the content as the erstwhile owner of a DVD has surrendered that provision to a relatively unaccountable corporation.

Charity shops are currently closed due to the health crisis. I do not expect a rush to buy DVDs of Little Britain once they re-open, but there should be a moment of pause. While giving away DVDs to charity, people have also unconsciously been giving something else away, and that is a freedom of choice. There is also the issue that a person’s day-to-day streaming habits are on a computer record somewhere, but that’s another story.

And don’t get me started on why the BBC no longer repeats The Goodies.