The British in the wilderness as Brexit crisis explodes 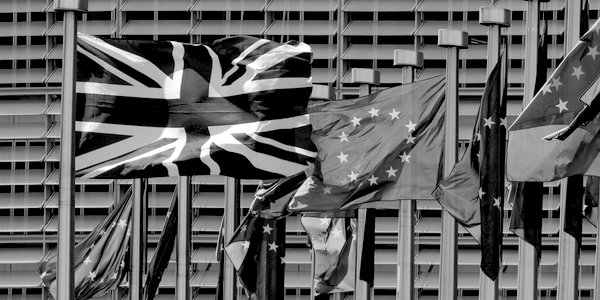 Writing in the Jerusalem Post, Melanie explains the implications of the Brexit fiasco for the wider world. This article is republished with kind permission.

WHAT in the name of heaven, you may well ask, is going on in Britain? Why is the Brexit issue causing a political nervous breakdown? And should any of this matter to anyone else?

In answer to the last question, yes it should. The Brexit debacle has crucial lessons for the rest of the West, as well as for Israel and Diaspora Jews.

Given the pace of unprecedented shocks at Westminster, by the time you read this the Brexit crisis may have veered off in yet another direction. At time of writing, however, the situation is this.

In 2016, the British voted in a referendum to leave the European Union. The withdrawal deal subsequently struck with the EU by UK Prime Minister Theresa May was widely considered so atrocious it was massively defeated in Parliament.

When the EU made certain concessions this week, MPs decided that they weren’t worth the paper on which they were written. On Tuesday evening, MPs therefore heavily defeated Mrs May’s deal for the second time. That left the legal default position of departing with no deal.

On Wednesday evening, amid uproar in the House of Commons, MPs voted not to leave with no deal under any circumstances. Yet last year they passed an Act of Parliament committing the UK to leave the EU on March 29, whether or not withdrawal terms had been agreed.

So they have now voted against themselves, the law they passed and the British people – while coming up with no agreed alternative, and with Mrs May apparently intending to attempt yet again to try to force her deal through Parliament. Cue political meltdown.

The fundamental reason for the impasse is that most MPs want to remain in the EU. They are therefore at odds with the electorate, whose fury over this perceived coup against the people is hard to exaggerate.

The crisis has the capacity to destroy both the Conservative and Labour parties and reshape British politics. Pitting Parliament against the people, it also risks terminally alienating them from democracy altogether.

Tragically, these passions have split families and sundered friendships. The reason is that this is not merely a political argument. It is a titanic civilisational clash between two fundamental world-views.

The first seeks to defend the Western nation based on its discrete and particular history, language, religion, culture and ethical values drawn from the Hebrew Bible and Christianity: a national identity expressed through laws passed by a democratically elected and sovereign parliament.

The second wants to destroy all that and replace it by a new world order under which the Western nation is superseded by trans-national laws and institutions, national borders are erased and biblical morality replaced by ideology – specifically identity politics, moral relativism and multiculturalism.

This nation-denying universalism is intimately connected to hatred of Israel, Judaism and the Jewish people. So you’d think Jews would oppose it. But in Britain, most Jews voted to remain in the EU.

They fear Brexit because they believe that pride in national identity produces antisemitism and that the EU protects them against it. To which one can only wonder, given the antisemitism now raging across EU member states – not to mention within the British Labour Party – quite what world they are living in.

Far from producing toxic nationalism, national identity protects against tyranny. Antisemitism, which is always with us, is at its worst when a nation’s identity fractures.

Progressives who promote divisive identity politics, which is fragmenting Western nations, inescapably connive at the antisemitism which occurs disproportionately within radical black and Muslim communities deemed by this wing of politics to be immune from criticism.

Hence the trap in which America’s Democrats now find themselves as the result of the antisemitism of some Muslim congresswomen and black demagogues.

The Brexit battle also shows us that, between two non-negotiable world-views, there can be no compromise. One side must defeat the other. Any ‘compromise’ is in fact a disguised surrender.

This is why the ‘peace process’, under which Israel is expected to make concessions to the Palestinian agenda of exterminating the Jewish nation-state, is also nothing other than an attempt to camouflage Israel’s surrender to its own demise.

All over the West, battle is now fully engaged to save national and cultural identity. Brexit was its first front, and has in turn fuelled revolts against universalism in mainland Europe and the US. If Brexit is halted, that defence of Western civilisation will be badly damaged.

The mass hysteria over Brexit and US President Donald Trump, the loss of reason under the onslaught of anti-West ideology and the eruption of antisemitism are all symptoms of a civilisational sickness.

Radical Islam, which understood more clearly than the West itself the evisceration of Western culture, duly seized its opportunity; and having been all but invited by Europe and President Obama’s America to dig itself in, is now adding immeasurably to the confusion.

Maybe we’re now even seeing the world begin to pivot on its political axis. While the West and the Islamic world are locked together in a desperate struggle like two dying dinosaurs still fighting for territory, the developing world is becoming less poor and better educated and is slowly beginning to liberate its women.

What’s more, the Islamic world and the West are both suffused with an endemic hatred of Judaism, the Jewish people and Israel – an animus of which the developing world is largely and remarkably free. Can it be a coincidence that the former are dying while the latter is beginning to prosper?

Canny Israel has now pivoted away from the struggling West toward the developing world with which it is purposefully increasing its ties. Tiny, beleaguered Israel: ranked by the International Monetary Fund 20th out of 187 countries, ahead of France and the UK, for per capita nominal GDP; where the birthrate is soaring and optimism and resilience are high, and upon whose products and sheer genius the world increasingly depends.

The fundamental condition for these astonishing achievements is that Israel is proud to be a sovereign nation with a particular history, language, religion and culture – an identity which gives it a sense of shared purpose and hope in the future.

Britain’s ‘Remainers’, on the other hand, bring irresistibly to mind those Israelites in the Exodus who cried out that they were so terrified of dying in the desert, they would rather remain slaves in Egypt.

But faith and courage won out and the Jews became a nation of free people in their own land.

For a people to find its courage, however, it has to have leadership; and for that to be provided, a leader has to be convinced of his or her vision for the people being led.

Whatever one may think about what they stand for or about their character, both US President Trump and Israel’s Prime Minister Benjamin Netanyahu display leadership in pursuit of a clear vision for their respective countries.

Indeed, in Israel’s forthcoming general election, the dilemma for those of its people who think it’s time for Netanyahu to go is whether any of his rivals can match the crucial quality of leadership he has exercised.

Without Winston Churchill’s leadership in the Second World War, Britain would have fallen to the Nazis. But now Britain has no leadership to give its MPs the courage they need to march away from the pharaohs of Brussels.

It may take a modern miracle to save Brexit now – and with it, the last slim chance of British participation in the battle to save the West.