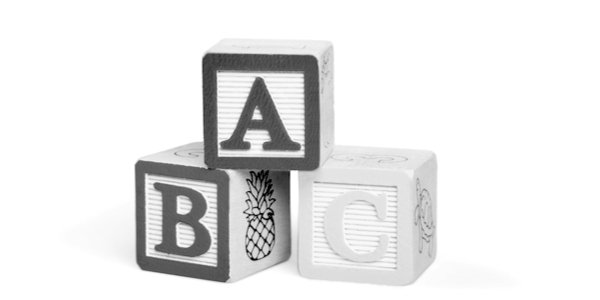 EVERY department and executive agency of the European Commission publishes an annual activity report (AAR), which is available for wider public access.

The AAR ‘details achievements, initiatives taken and the financial and human resources spent during the year’, as the Commission puts it. For Brussels-watchers on the outside, however, the reports also provide a rare glimpse of the inner workings of the system.

Rather than making you wade through thousands of pages of text to find the occasional nugget, here is a quick A to Z of some of the highlights from the latest available reports: You can find more details here.

A is for Academics. The EU doles out money to universities and researchers, but also has its own in-house bodies. Its Robert Schuman Centre in 2017 had 45 professors, 138 Fellows, and 86 Research Assistants. One project looked at why some countries were better at dodging taxes than others. The RSC is home to the EU’s School of Regulation (sic). It also engages with the ‘large community of distinguished EU Institute alumni in Brussels’.

B is for Burnout and Mindfulness, two surprisingly popular new workshops launched by the European School of Administration (EUSA). Other courses include the programme To Be Or Not To Be A Head of Unit, Next Step – Head of Unit, Non-Conscious Bias, and Master Classes: Brussels for Europe.

C is for Chairs. The Commission has been busy replacing 10,300 of the target 12,500 swivel office chairs in Brussels with ergonomic ones. The cost is unknown.

D is for (plausibly) Deniable. A number of EU-backed bodies aren’t part of the EU, but survive only because they get large amounts of Brussels money and personal support from leading EU figures. They in turn symbiotically feed support for the project back into the EU institutions. For example, the International Centre for European Training publishes material ‘devoted to the study of European issues and federalism’ and claims to have for 60 years been ‘unstinting advocates of European integration’.

E is for ‘E-Ambrosia’, which is a glorified wine list. It lists PGI (geographically indicated) wines. Alongside a large number from the usual suspects, it includes six from the UK, two from the US and one from Switzerland.

F is for Fingerprints. It is revealed that the extraordinary level of security applied to protect the work of Michel Barnier’s negotiating team included secured doors with badge and fingerprint access. A tailor-made IT system was deployed to exchange documents with other services, along with a secure email mechanism, with stand-alone personal printers and files stored in an encrypted disk. Staff were also asked to pass security clearance and to follow security training courses. It also makes solving the Irish border look like a doddle.

G is for Gaffe. In several places across the annual reports, the authors left in marginal notes. Even the Legal Service came a cropper, leaving two questions from assistants in the main text. G is also for Gender Governance, one of the unexpected areas of interest of the School of Transnational Governance at the European University Institute in Florence.

I is for Identity. The Education, Audio-visual and Culture Executive Agency (EACEA) runs the Europe for Citizens programme, which ‘strives to foster European citizenship’. Of propaganda note, ‘the agency continues to push towards its mission ‘to show Europe at its best’, by collaborating with stakeholders from the supra-national to the local level and provide the European Union with a human face’.

J is for Jobkaart, which is the free travel pass for 3,700 Commission staff in Luxembourg.

K is for KiddyMob, which is the name of the app used by the EU institutions’ healthcare facilities to keep tabs on children filling the 1,200 staff nursery slots. K is also for ‘Knowledge Garden’ which is what the European Personnel Selection Office (EPSO) runs. Apparently it is a wiki rather than something borrowed from CBBC, but beyond that is anyone’s guess.

L is for Livestock. The Directorate-General for Agriculture and Rural Development pats itself on the back for reducing greenhouse gases, attributing in passing a 22 per cent reduction in ‘enteric fermentation’ to the simple detail that there are fewer livestock to produce the gas, and not commenting on what it was doing while overseeing the livestock industry collapse over a 15-year period.

M is for Metadata and is a measure of the scale of what the EU does. The Publications Office of the European Union (OP) had to proof-read 2.6million pages. The data stored amounted to 51,571,153 individual files, which represented a volume of 18 terabytes. 132million files of metadata were stored in ‘The Cellar’ (presumably not though where they keep their infamous wine collection) and this has now been shifted into the Cloud.

N is for Non-Existent Olive Trees. Which might become more difficult to fraudulently fund in the future if the long-overdue Cadastre Programme succeeds in getting Greek farmers on to a basic landholding register.

O is for Obvious. As in the statement by the Commissioner in charge of the Innovation and Networks Executive Agency (INEA) that ‘The very purpose of the Connecting Europe Facility is to connect Europe.’

Q is for Questionable. The Internal Audit Service (IAS) is the in-house entity for reducing fraud. It has 123 internal auditors covering 50 Commission Directorates-General and services as well as 42 agencies and other autonomous bodies, spread over Europe. In a survey, 10 per cent of staff declined to rate their own office’s internal controls at even 3/5 or above.

R is for Reimbursements. In 2017 the Paymaster’s Office (PMO) reimbursed 2.9million medical claims and 140,000 missions claims for EU employees and retirees.

S is for Space Design Team. The Office for Infrastructure and Logistics in Brussels has set up a new unit of 14 people in charge of improving the efficiency of the Commission office space design to maximise the productivity and contentment of Commission employees. S is also for SMARP, a social media employee advocacy programme set up by the EU’s PR people so that EU staffers can more readily push the official Commission line on their own social media accounts.

T is for Terps. They translated and edited 2.05million pages of EU documents in 2017. A problem persisted with having only recruited 10 of the target 62 Gaelic linguists now that the language is an official one, which also generates a massive backlog for translating the entire acquis, as well as agreeing the mini-dictionary of legally precise terms.

U is for Uncluttered. The Commission’s army of linguists is fighting an uphill struggle. The correction rate, which measures translation quality based on the number of corrigenda and correcting acts adopted to correct translation mistakes, is set at a tolerance level of 0.5 per cent. Their DG meanwhile ran the 49 Clear Writing training sessions (equivalent to Plain English) and awarded Clear Writing Trophies. The jury is still out on the results.

V is for VéloMai, set up by five Commission DGs. This was a competition across the Commission for the highest number of bicycle rides. This initiative is part of the ‘fit@work’ and staff mobility policy of the Commission. Claim to fame: It won an award at the ‘2017 Bike Brussels Fair’ in the category of public organisations. V is also for veranda. ISPRA is a Commission nuclear research centre. It now boasts improved social facilities with the addition of a coffee toaster as part of its cafeteria initiative, and a grill now installed on the veranda of its club house.

X is for, ahem, Exhibition. The Academy of European Law is an outer-orbit EU affiliated body, for helping train EU law specialists including Commission staff. It ran an exhibition to celebrate its 25th anniversary. Exhibits included Quantum Communion, November Test, Spiritual Gravitation II, and two pieces by an artist with an apparent fixation on bosoms.

Y is for Young Leaders. The EU’s Service for Foreign Policy Instruments includes a Visitors Programme that ran 150 study visits to Brussels targeting this bracket of future ‘Opinion Multipliers”.

Z is for Zzz. Because ‘z’s are what the reader is pushing after thousands of pages of EU annual reports.