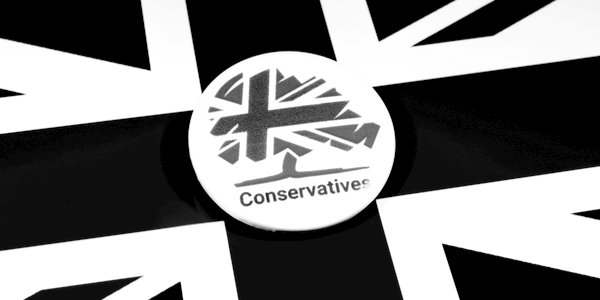 MEET the fleet-footed Conservative Party politician. He’s on a five-year earner (preferably more) at the taxpayer’s expense. He covets the status and sense of power, maintains the fiction of being an upstanding member of the community. It’s a dance of respectability. But what are the steps?

Naturally, he’s bereft of independent-mindedness, political conviction and courage. This commended him to the candidate selection panel. He wants a quiet life.

If this means managing the continued decline – feeding on the carcass – of a once-great nation, so be it. He didn’t set that decline in motion. Why should he be the one to reverse it?

Privately, he knows Parliament is, like him, an empty vessel, a shell; putatively adversarial, ‘full of sound and fury, signifying nothing’. Yet the useful thing is – career-wise – its continued constitutional importance. The Palace of Westminster will, he trusts, keep the pretence of legitimacy long after it was forfeited by the likes of him.

In his bones, though not necessarily in his cranium, he knows the country – the West – faces major problems. But here’s the thing: they’re too big for him. If he dares mention, never mind confront, them, he can bid the quiet life adios.

Scrapping or reforming the BBC? Not likely. Intermittently he’ll pipe up, affecting angst. But he knows Auntie’s hegemony works a treat: nobody expects him to speak out on the crucial issues. The Beeb has ruled the roost for years. Why should he stick his head above the parapet? He chooses the winnable battles; there are smaller fish to fry.

He secretly scorns Covid panic. But a nondescript MP daren’t rock the greatest-crisis-since-World-War-Two boat. All right, masks are useless, but he can’t entertain the reactionary notion of setting an example, especially given the in-it-together climate. Best wear the damn thing in crowded places, vote for Covid legislation and keep the whips happy. Self-preservation posing as loyalty, even patriotism – you can’t beat it.

Half the country has, he concedes, been scared witless by Government propaganda, and our freedoms eroded. No matter. The Prime Minister is a good sort: he doesn’t really want to impose a communist dictatorship. Fair enough, some of those Sage boffins are a bit extreme, but the polls are on their side. Best keep schtum.

As for the New World Order, our man senses something’s brewing, but again it’s beyond his pay grade, and if he raises it in the House he’ll be mocked. Surely good old Boris would have said something if there was a wider agenda.

Islamic fundamentalism he leaves well alone. A few verbal pot-shots at the Taliban are acceptable, but ‘play it safe with Muslims’ is his domestic mantra. No point in being targeted, after all. Thank goodness the terms ‘hate speech’, ‘Islamophobia’ and ‘far-right’ were coined; otherwise, the demands on him from the proles might have become tricky.

On untrammelled immigration he’s circumspect too. He’s dimly aware of its damaging effects, but the last thing he wants is to be labelled racist. Diversity is our strength. Besides, his children aren’t affected: they don’t go to schools where most pupils have English as a second language; they don’t need council housing. Priti can take the flak for the Channel crossings. With a bit of luck, the public will get used to them.

Of course, he never publicly doubts manmade climate change. After all, if there’s one topic that keeps the MSM off his back it’s this. He knows Maggie (when he infrequently thinks of her) would have hated it. But the party’s position is at least semantically coherent. Stuck with its embarrassing name, it has to conserve something. Why not something safely non-British, like the planet?

Yes, our twinkle-toed MP has learnt all the necessary moves. Ennui, decadence and cowardice mean he believes in nothing – and everything. But his colleagues are just the same. There’s safety in numbers.

And so the dance continues.

Share
Facebook
Twitter
WhatsApp
Email
Previous articleCancelled, cleared, then fined – the price of free speech for a lawyer
Next articleSilenced and smeared – the hounding of Dr Sam