Why it matters that the census confuses sex and gender 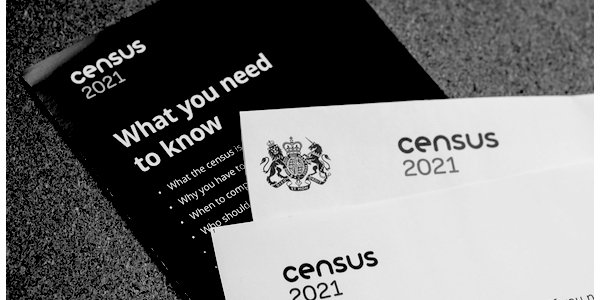 A YEAR or so ago, I signed the Declaration on Women’s Sex-Based Rights. In the interests of disclosure, I am neither misandrist nor radical feminist but a humanist, in the sense that I believe in equal rights for all human beings.

The Declaration seeks to re-affirm women and girls’ sex-based rights at a time when they are under unprecedented challenge, and to resist the replacement of the category of sex in official documentation and legislation with that of ‘gender identity’.

I bring this up to highlight a controversy surrounding the government census, taking place yesterday in England and Wales. Census-taking in Britain has a long history dating back to the Domesday Book in 1086. Census data is still judged critical to understanding population and in determining planning and social policy.

The Office for National Statistics (ONS), which has responsibility for the census in England and Wales, estimates that it will cost over £906million – small beer in these high-spending Covid times, but money that should not be squandered. Censuses for Scotland and Northern Ireland, which are conducted at the same time, are administered separately and at additional cost.

Given the level of expense, and that this census is likely to be the last of its type, according to Professor Sir Ian Diamond, head of the ONS, you might hope that the data gathered would be sound.

In the past few years, certainly since the last census, a confusion has been created as to the meaning of sex and gender. This has resulted in the introduction into law, sometimes almost by stealth, of the category ‘gender’, in a way which is troubling for many women.

This confusion has apparently seeded itself in the census, as someone has decided that the sex question in the census does not reference biological sex, but instead offers a category of ‘gender identity’. Any researcher, especially any statistician, will tell you that data on sex is vital for understanding population growth and equality monitoring. This looser, perhaps more woke, approach will likely produce data that is unreliable at best and misleading at worst.

Objections to the new ONS approach come not only from purists interested in the notion of precision in data collection, but also from women’s groups eager to monitor their progress and protect the rights and services required by women and children over the coming lean years.

Increasing numbers are also worried that as a result of high-profile lobbying and assertiveness, transgender women, some still with male anatomy, are accessing services, spaces and protections intended for women. This is a prima facie form of discrimination against women and endangers natal women’s fundamental rights as articulated by the United Nations Convention on the Elimination of Discrimination against Women,1979. (CEDAW)

The census is wrong to confuse sex and gender. Increasing the expansion of varieties of ‘gender identities’ that do not correspond to biological sex makes government planning, never a precise art, even more difficult. Biological men, biological women, transgender people, and ‘non-conforming’ individuals all require appropriate public services, whether these be safe streets, access to health and social care, housing, education, employment or the law. Without rigorous data, future policy and planning will be based on inaccurate needs assessments and result in sub-optimal outcomes.

Share
Facebook
Twitter
WhatsApp
Email
Previous articleDublin is the real threat to the Good Friday Agreement
Next articleAids, Covid and the same blunders all over again