The chops are down for carnivores 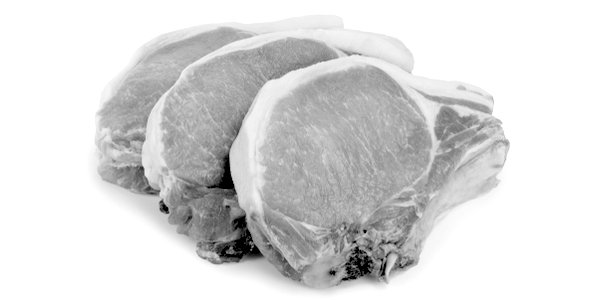 FIRST Fiancée Carrie Symonds is having a new Bill put through Parliament: the innocuous sounding ‘Animal Welfare (sentience) Bill’. This would give legal rights to the feelings of animals with backbones (that at least eliminates many politicians).

As you may imagine, farmers are having nightmares.

Clearly no cow looks forward to being slaughtered, so any attempt to keep abattoirs open will mean hordes of violent ‘animal rights’ protesters besieging the premises, doubtless with a camp following of lawyers. So, unless you can do your own butchering, that’s it for meat eaters. I’m not sure that fish doesn’t also come under the Bill. Nut cutlets for all!

G K Chesterton expressed the arrogance of these people very well in his satirical novel The Flying Inn. His hero, an Irishman called Patrick Dalroy, explains to his English friend (and publican) thus:

‘Shall I tell you the secret? These men only surrender the things that bind them to other men. Go and dine with a temperance millionaire and you won’t find he’s abolished the hors d’oeuvres or the five courses or even the coffee. What he’s abolished is the port and sherry, because poor men like that as well as rich. Go a step farther, and you won’t find he’s abolished the fine silver forks and spoons, but he’s abolished the meat, because poor men like meat – when they can get it. Go a step farther, and you won’t find he goes without gardens or gorgeous rooms, which poor men can’t enjoy at all. But you will find he boasts of early rising, because sleep is a thing poor men can still enjoy. About the only thing they can still enjoy. Nobody ever heard of a modern philanthropist giving up petrol or typewriting or troops of servants. No, no! What he gives up must be some simple and universal thing. He will give up beef or beer or sleep – because these pleasures remind him that he is only a man.’

The book was written in 1913, but happily is still available.

A 2020 book by Ross Clark, The Denial, is also very well worth reading. A dystopian novel where much of what we already see brewing has come to pass.