NewsPaperthe art of publishing
HomeBrexit WatchThe Chronicles of Remainia: Part One, the Lying, the Witch and the...
0

The Chronicles of Remainia: Part One, the Lying, the Witch and the Wardrobe 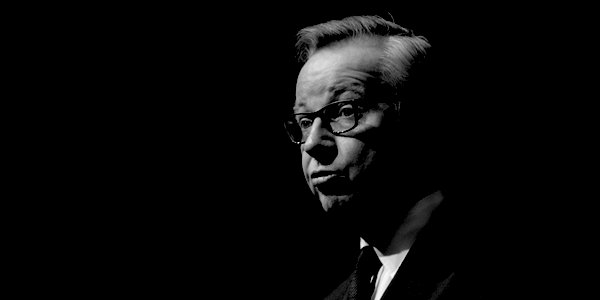 With apologies to C S Lewis

The little boy Michael had stumbled out of his parents’ wardrobe into a freezing cold wasteland while Mr and Mrs Gove were out shopping, trying to find some cheap cod. As he wandered into the wilderness he was hailed by a friendly voice, and saw a small jolly person. ‘Hello there, I’m McFee,’ he said and invited Michael to his home to warm up. He explained that the wasteland had been in permafrost ever since the White Witch had seized power. It was always winter and never Christmas. McFee explained that he was originally a fisherman from a coastal village community, but the White Witch’s Imperial Controller had destroyed all the fishing boats and given them to enemy nations.

Michael thanked McFee and was going on his way when a huge sledge trundled erratically into view drawn by odd-looking Remaindeer, all foaming at the mouth. A fierce guard stood on the back wearing a woolly hat printed with ‘Olly – the state will wither away’. Sitting on a throne in the middle of the sledge was the White Witch herself. ‘Stop!’ she screamed when she spotted Michael. She invited him to sit next to her and gave him some Jobbery syrup. ‘How about joining my staff?’ she asked as the sugary goo went down his throat. Suffused with a warm glow, he accepted, never to be the same again. She took him to her palace, Checkmate, where more syrup was promised and the game of ‘fair is foul and foul is fair’ was played till he had the message deep in his mind.

‘Have you any more chums?’ the White Witch asked, ‘and have you met any locals here?’ Michael told her about McFee, and then went to look for his mates Liam and Dominic. He found them wandering in the wasteland, and led them to Checkmate. They were given the same syrup and were changed like Michael.

‘There’s going to be a great battle,’ said the White Witch, ‘and I want you in it. You will have to fight your old friends and families, but fear not: we will win by paralysing our enemies with my catatonic speech power of banal repetition. And if the battle does go badly, there is a magic wall that will spring up between the armies if I cry out the mantra Varadkar.’ The White Witch was convinced that this was the greatest weapon in her armoury and she loved talking about it. Michael, Liam and Dominic learned the magic word and they learned to love the permafrost climate and allowed it to enter their souls, becoming chilled and bitter within.

The White Witch’s Imperial Controller Junckerbord visited Checkmate Palace shortly afterwards with his henchman Selmayrthumbscrew. The boys were surprised when the White Witch prostrated herself in front of them with the words: ‘I am worthless before thee, do as thou wilt with me.’ Selmayr sheathed his bloody sword and produced a thick parchment scroll. ‘Sign this, O running dog of the permafrost, and you will retain your headship, or else a slow death awaits you,’ he growled.

The boys cowered away as the White Witch rose from the floor and grasped the document, which was headed ‘Deal’. She signed it in a state of manic excitement. Junckerbord, now drunk on Checkmate wine, delightedly patted and pawed the White Witch, who was wearing a purple, lizard-like dress. ‘Your prostration and worship is accepted,’ he said. ‘I now demand all the palace keys and the contents of your treasury. You will be locked into this cold palace, now a prison, but you can venture out on your sledge weekly to slap down your people. McFee, by the way, has been dealt with.’

‘Oh my mighty emperor, live for ever,’ said the White Witch, ‘take all I have, I gladly accept all your commandments.’ The boys hastily joined in her repeated praises, despite being a little surprised at the extent of her masochistic self-abasement, and yet they also began to think ‘I love Junckerbord, I love Junckerbord, I really, really do.’ They too abased themselves at the feet of the Imperial Controller, and began to enjoy their pain and humiliation.