The cleaving of Liverpool 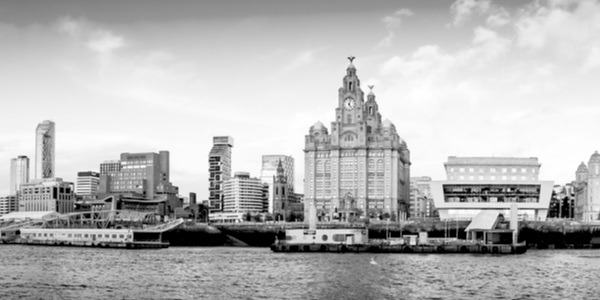 LIVERPOOL was last week stripped of its World Heritage Site (WHS) status by the United Nations cultural organisation Unesco – only the third such global site ever to suffer the indignity.

The city’s demotion came because according to Unesco present and future developments along its historic waterfront and docklands have led to ‘irreversible loss of attributes’.

Those controversial plans include a stadium for Everton FC alongside the Mersey and the £5billion Liverpool Waters project to build high-rise homes and offices in the disused northern docks.

So what will being cancelled by Unesco mean for Liverpool? Well, I don’t think it will make a blind bit of difference to the millions who visit the city each year. We certainly won’t be seeing scenes like this . . .

‘Hey, Dad, can we go on the famous ferry across the Mersey, walk in the footsteps of the Beatles and watch some great footie at Anfield?’

– ‘Sorry kids, the only reason for going to Liverpool was its approval by Unesco. It’s now blighted and benighted. We can never again set foot in that cursed cultural desert.’

I jest, of course. But in truth, most people have probably never heard of Unesco. These days, reviews on TripAdvisor are probably the deciding factor when planning a holiday or a day out, rather than WHS.

There are some, mainly of the Guardian persuasion, who see Liverpool’s de-listing as justified. But those closer to the action, aiming to revitalise and regenerate the city, are understandably angry and frustrated.

Liverpool’s mayor, Joanne Anderson, and Steve Rotheram, the Liverpool City Region mayor, believe the city is being punished for its redevelopment efforts and that it is unrealistic to expect places to be ‘preserved in aspic’.

Anderson said: ‘I’m hugely disappointed and concerned by this decision, which comes a decade after Unesco last visited the city to see it with their own eyes.’ Rotheram said: ‘This was a decision taken on the other side of the world by people who do not appear to understand the renaissance that has taken place in recent years.’

The de-listing was approved in a secret ballot during an online session of the 21-nation Unesco World Heritage Committee, directed from China by committee chairman Tian Xuejun, the country’s deputy education minister.

One crumb of comfort is that Norway – where the classic Liverpudlian stew, scouse, originated – is rumoured to have voted against the de-listing.

However, since we’re talking about Liverpool’s alleged ‘irreversible loss of attributes’, let’s look at one place where that description definitely applies: Unesco itself.

The United Nations Educational, Scientific and Cultural Organisation was founded in November 1945 as part of the recovery from the horrors of the Second World War.

Its mission was utopian: ‘to contribute to peace and security by promoting collaboration among the nations through education, science and culture’ so as ‘to further universal respect for justice, for the rule of law and for fundamental freedoms’.

Apparently it did start out trying to fulfil those commendable aims. But in the ensuing years, political appointees from member countries increasingly shaped its direction.

Since then, Unesco (motto: ‘Building peace in the minds of men and women’) has become a byword for corruption, cronyism, bias, nepotism, mismanagement and fraud.

In December 1984, President Ronald Reagan pulled the US out of the organisation because he said it was being used to advance Soviet interests. A year later Britain also quit, calling Unesco ‘inefficient, spendthrift and harmfully politicised’.

Britain rejoined in 1997 and the US six years later. But in 2019, under the Trump administration, the US again left, along with Israel, citing anti-Israel bias. The outgoing US Ambassador to the UN, Nikki Haley, described Unesco as a ‘cesspool’ and one of ‘the most corrupt and politically biased UN agencies’.

The latest example of Unesco’s flexible principles came last week, when the World Heritage Committee caved in to intense political lobbying from Australia and elsewhere and, overturning its own recommendation – agreed not to put the Great Barrier Reef on its endangered list.

However, a fightback against its hegemony is under way. Last November, a new organisation of experts, Our World Heritage, was launched, aiming to monitor the organisation’s actions and decisions over World Heritage Sites and ensure they are being properly looked after.

Meanwhile, the WHS de-listing process may not be over for Britain. Next in line could be Stonehenge, where a planned road tunnel aimed at hiding traffic near the prehistoric monument is deemed by Unesco to be harmful to the ‘outstanding universal value’ of the surrounding landscape.

The tunnel is also opposed by several British organisations and the outcome of a judicial review of the scheme is awaited. Again, though, I can’t envisage anyone being put off from visiting Stonehenge just because its WHS imprimatur has been removed.

As for Liverpool, I know Unesco issued warnings for years before finally stripping it of its status. But perhaps the organisation should take more notice of the political, social and practical realities and difficulties of trying to preserve heritage in a changing world before swinging the axe. Otherwise, it too might become a monument – to its own short-sightedness.