The Clintons and the rape of Haiti – Part 2 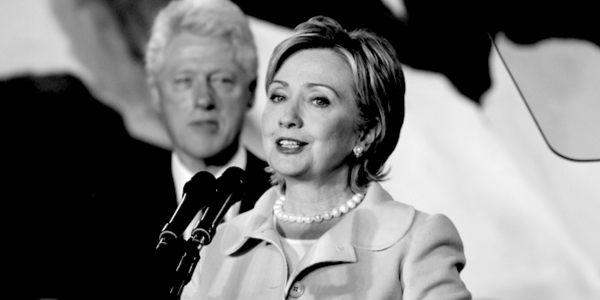 This is the second of a three-part series. You can read Part 1, published yesterday, here.

IN 1994, the Clinton administration sent to troops to invade Haiti. A former Haitian Senate President, Bernard Sansaricq, claimed that he asked Bill Clinton not to invade. He said that a week later, the American embassy, via an anonymous messenger, told him that he would become the richest man in Haitian if he ‘sided’ with Bill. He declined and another week later, Clinton revoked his US visa.

Sansaricq has also accused the Clinton Foundation (CF) of withholding billions of dollars earmarked for Haiti after an earthquake devastated the country in 2010. Given the opaqueness of the CF’s financial accounts, it’s difficult to determine whether Sanscaricq is being truthful. But what is evident is that despite the billions of dollars supposedly donated to Haiti in the aftermath of the earthquake, the Haitians did not receive the help they needed.

The earthquake killed a quarter of a million people and left 1.5million destitute. At that time, Hillary Clinton was still US Secretary of State. Under her remit, Bill immediately established the Haiti Reconstruction Fund and was appointed co-president of the Interim Haiti Recovery Commission. He was also named the UN’s special envoy to Haiti.

Every stage of Haiti’s reconstruction after the earthquake was overseen by a Clinton, including the distribution of $4.4billion which Congress designated for the country. Together, the CF and the Clinton administration promised $10billion worth of international aid to Haiti. Private contractors rushed to Haiti to suck up most of this money, using their connections with the Clintons to establish their credentials.

From 2010 to 2012, just $36.2million of the $10billion went to Haitian organisations. That’s 0.6 per cent. Non-Haitian organisations such as UN agencies, international aid groups, private contractors, and civil and military agencies of donor countries collectively received $5.4billion. No wonder the Haitian government claimed it only received two per cent of the financial support promised by the Clintons. The Interim Haiti Recovery Commission also proved to be dominated by foreign donors and Clinton cronies, with the Haitians on the committee serving only as their puppets.

As the money rolled in, the Clintons indulged in ‘pay-to-play’, handing out favours to their family, friends and associates. Bill’s Reconstruction Fund contracted Clayton Homes, a company owned by Berkshire Hathaway, to build temporary housing. Berkshire Hathaway is owned by billionaire Warren Buffett, a major donor to the CF. The contract bypassed the UN’s regular bidding channels. Substandard trailers were built on the cheap, and most were uninhabitable. Unsurprisingly, Haitians have repeatedly complained that money raised in their name has been given to friends of the Clintons such as Buffett.

The Clintons managed to get $10million in federal loans paid to InnoVida, a firm run by another CF donor, Claudio Osorio, with a board made up of Clinton associates. This loan was also approved without going through the regular channels. InnoVida eventually defaulted and never constructed any houses in Haiti. USAid, a governmental aid agency similar to the now disbanded UK Department for International Development, granted a debris removal contract to a former Hillary campaign donor. Although the CF claims to have built schools in Haiti, little evidence exists of these schools.

Keeping it close to home, Hillary’s brother Tony Rodham was granted a rare gold mining permit by the Haitian government in 2012, the first in over 50 years. It was given at cost price too, with half the standard rate being paid. Rodham, a failed businessman, also served as co-chairman of the Interim Haiti Recovery Commission, despite having no expertise in foreign aid and development. Utilising his tenure on the Commission and funding from the CF, he sought a multi-million-dollar deal to rebuild homes destroyed in the earthquake. Rodham eventually claimed that someone had ‘donated’ 10,000 acres of land to him, and that he had pressured Bill to cut through bureaucracy to obtain funding for him. The houses were never built.

Even Middle Eastern countries got in on the game. The Qataris earmarked $20million for developed in Haiti to assist with reconstruction; in return they asked the CF to open up ‘investment priorities’.

In 2011, the Irish cell phone company Digicel received millions from USAid. Digicel used the money to distribute free phones to Haitians, who were then charged for using the firm’s cell phone service. The deal was brokered by one of Hillary’s aides, Cheryl Mills. Digicel is owned by yet another CF donor, Denis O’Brien, who gave the CF up to $5million in 2010-2011. By 2012, Digicel owned three-quarters of the cell phone market in Haiti.

USAid effectively diverted aid money meant for food to Digicel. After O’Brien arranged for Bill to be paid $600,000 for a speaking tour in Ireland, the CF ‘facilitated introductions’ for Digicel to build a luxury Marriott hotel in the Haiti capital Port-Au-Prince. This project was financed by the US government with $45million. After the project began, Digicel gave the CF between $10million and $25million.

There is something unedifying in wealthy business owners and NGOs jetting into Haiti to enrich themselves, staying at a luxury hotel while Haitians live in shanties and starve on the streets. The CF claims that it gave $30million for Haitian relief projects, yet those who needed the most are still homeless.

Only a few dozen locals are employed at the Marriott, contradicting the Clintons’ boastful claims that the hotel would be very beneficial to Haitians.

A poverty-stricken country like Haiti has no need for a luxury hotel which offers no benefits. It’s yet another example of aid money supposingly earmarked for food, homes and medical supplies for Haiti being diverted to friends of the Clintons.

Five years after the earthquake, more than 85,000 Haitians were still homeless despite the $13.34billion channelled to the country in the name of foreign aid. By 2016, only 1,500 homes had been reconstructed, with many needing to be rebuilt because of shoddy workmanship. Around 200,000 people now live in slums where there is no sanitation, running water or electricity.

The Haitian elite speak well of the Clintons; the impoverished masses are furious at them. Despite the CF promising to reconstruct Haiti after the earthquake, famine, illness, unemployment, homelessness and poverty continues to ravage the country. It’s suspicious that the Clintons have never pointed this out. Where did all that money go?