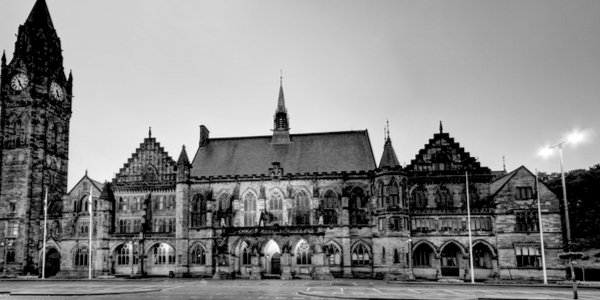 Clogthorpe District Council was the comic creation of the brilliant Keith Waterhouse in his Daily Mail column from 1988 to 2009. The genius of the original can never be matched. But in humble tribute to Waterhouse, we report today on how the good burghers are reacting to a stunning civic snub …

Opening the meeting, Cllr Bulge (Chair) said by eck, it had come to summat when somewhere like Bradford – bloody Bradford, of all places – had won the title over their own fair town.

Admitting that he’d been around the block a few times in his 70-odd years and might be past his sell-by date, Cllr Bulge said nevertheless he had still never heard the like. So distraught was he (Cllr Bulge) that Committee would have to excuse him while he popped across to the Snivelling Coalman for a medicinal pick-me-up.

Taking the Chair in the temporary absence of Cllr Bulge (Chair) as per Standing Orders, Cllr Nepworth reminded Committee of that preening pillock who’d come round a while back assessing Clogthorpe’s cultural status. He (Cllr Nepworth) reckoned jiggery-pokery had been afoot.

On a Point of Order, Cllr Ms Roz hoped Cllr Nepworth was not implying what she thought he was implying and reminded Cllr Nepworth that the gentleman from the Clogthorpe Weekly Trumpet & General Advertiser was over there on the Press bench and taking notes.

Dismissing the possibility of being intimidated by some bloody scribbler from the local rag, Cllr Nepworth said that the nice three-piece worsted suit the culture prodnose had been wearing must have cost a bit of brass.

Not that he was a sartorial expert, as Committee could tell from his own faded cap and crumpled muffler, but he (Cllr Nepworth) reckoned said culture prodnose’s garment had come from Bradford’s top men’s outfitter, who just happened to be a leading light of the City of Culture campaign.

Cllr Parkin agreed that jiggery-pokery must be the explanation, because Clogthorpe had been a racing cert for City of Culture. They’d given the Assembly Rooms a fresh lick of paint, paid for new uniforms and a couple of trombones for Clogthorpe Silver Band, arranged a season of Shakespeare by the Clogthorpean Players and removed all the dog muck from the children’s sand pit and the supermarket trolleys from the boating pond in Clogthorpe Eco Park. And they’d borrowed the Mona Lisa from the Louvre to put on display in the snug of the Snivelling Coalman. You couldn’t get more bloody cultural than that lot, now could you, Cllr Parkin asked Committee.

Cllr Ms Roz said she had never seen the Mona Lisa in the Snivelling Coalman. Cllr Parkin said the landlord had had to send it back after some boozed-up bozos started throwing darts at it.

Gesticulating with a copy of the Guardian, Cllr Ms Roz said it was time to get down to brass tacks about why they had lost and informed Committee that the City of Culture judges had not been looking for culture as such.

On a Point of Order through the Chair, Cllr Cragwell asked why the bloody hell was it called City of Culture then, and enquired if the silly mare knew what she was talking about.

Rolling up her copy of the Guardian and poking Cllr Cragwell in the chest with it, Cllr Ms Roz invited him to read it himself if he could read, which she doubted. Telling him not to bother, she said the Guardian story told how the judges had been impressed by the ambition of Bradford’s bid ‘which celebrated the power of diversity’.

Having returned in a refreshed condition from his enforced absence, Cllr Bulge (Chair) said ah-ha, there we have it then, it was all about di-bloody-versity – so that was their game, was it?

Cllr Miss Roz said a look around the table showed diversity was a problem in Clogthorpe. All the Committee were white, male, Christian and, as far as she knew – not that it mattered a jot because it was none of her business – heterosexual and cisgender. She excluded herself from the count, but reserved the right to re-include herself once she had decided her preferred pronoun.

On a point of information, Cllr Cragwell said he could suggest a pronoun or two for Cllr Ms Roz right now.

Calling the meeting to order, Cllr Bulge (Chair) said talking about brass tacks, Committee had decisions to make. Members would recall that a slap-up knife and fork supper with free bar was being laid on for members later tonight at the Assembly Rooms in anticipation of Clogthorpe having won the City of Culture nomination. Should that now be called off?

There was also the question of the five-week, all-expenses paid fact-finding tour of European Capitals of Culture – including Paris, Florence, Lisbon, Prague, Madrid, Bruges and Copenhagen – that had been booked for the Committee, travelling on first-class flights and staying in five-star hotels.

Resolved: That it would be inappropriate to let these laudable endeavours go to waste and Committee should proceed with them to enhance Clogthorpe’s chances of a successful City of Culture bid next year.