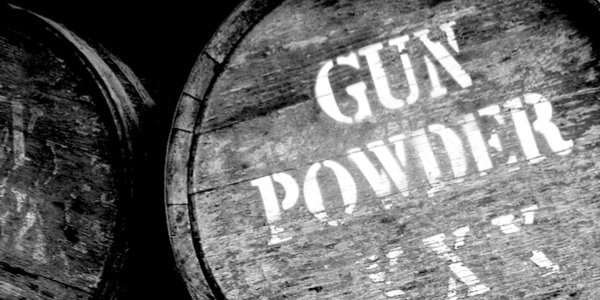 FOR the third time, and for many differing reasons, Parliament has rejected the velvet handcuffs of the Prime Minister’s draft Withdrawal Agreement, by 344 votes to 286.

‘But Kuno, is it true? Are there still men on the surface of the earth? Is this – this tunnel, this poisoned darkness – really not the end?’

He replied: ‘I have seen them, spoken to them, loved them. They are hiding in the mist and the ferns until our civilisation stops. To-day they are the Homeless – to-morrow –’

‘Oh, to-morrow – some fool will start the Machine again, to-morrow.’

The EU Parliament’s Mr Verhofstadt is willing to show flexibility now – unlike with the Irish Backstop, yet just as the Community did with its supposedly unalterable rule on Italy’s debt-to-GDP ratio at the time of its entry into the EU.

‘The only way to avoid a no deal now is for MPs to finally act next week and define a cross-party way forward. If they do, we are ready to change the Political Declaration.’

Mrs May threatens a General Election. Bring it on, say not just Labour but disaffected Tory members across the country. If she wishes to bring the party down with her, like blind Samson, so be it. What would be in its manifesto this time?

And what has the modern Conservative Party conserved?

As we began our Common Market membership in January 1973, the then Conservative PM Edward Heath told the nation on TV:

‘There are some in this country who fear that in going into Europe we shall in some way sacrifice independence and sovereignty. These fears, I need hardly say, are completely unjustified.’

Seventeen years later, in 1990, he said the opposite on BBC TV’s Question Time:

Peter Sissons: The single currency, a United States of Europe, was all that in your mind when you took Britain in?

By then, with Mrs Thatcher about to fall from office, Heath must have felt the double satisfaction of seeing ‘that woman’ defeated and his dream of a Britain permanently locked into the EU coming true at last.

He was not to know that Lord Justice Laws would rule, in 2002, that Parliament had retained its sovereignty throughout and in fact did not have the power to give it away (see para 58 here.)

How was it possible for Conservative Prime Ministers Macmillan and subsequently Heath to plan and carry out their constitutional Gunpowder Plot? For it was clear that they knew exactly what they were about, since the Lord Privy Seal had told them (December 1960):

‘It would in theory be possible for Parliament to enact at the outset legislation which would give automatic force of law to any existing or future regulations made by the appropriate organs of the Community. For Parliament to do this would go far beyond the most extensive delegation of powers, even in wartime, that we have experienced and I do not think there is any likelihood of this being acceptable to the House of Commons.’

Yet that is exactly and precisely what happened. And a later Conservative PM, David Cameron, spent millions of public money on a pamphlet in 2016 to convince us that we should stay in; he even got the leader of a foreign country, President Obama, to fly in and say the same.

And today, whatever its motives, Labour has saved us, for now – only five voted with the Government.

There is still grinding and crashing going on, but the Machine. Must. Stop.