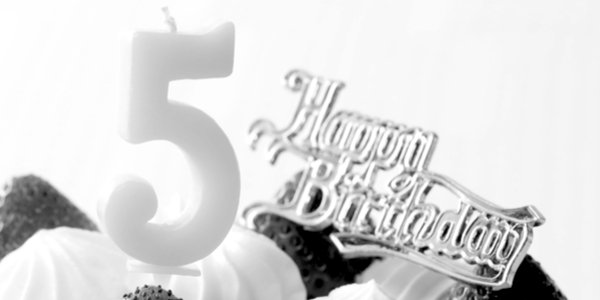 THE Conservative Woman came into being on March 8, 2014, (International Women’s Day) five years ago today. We chose the date to make our own statement about feminism and designated it ‘International Moaning Day’. Feminists, we argued, would never be content: despite achieving every equality (and more) in every sphere of life, they were still complaining. So they are still. As Frank Haviland sets out in his post today, ‘nothing will ever be enough to satisfy the feminists’.

In the run up to IWD this year, TCW’s mailbox has been inundated with ‘gender imbalance in the workplace’ complaints and campaigns. Never mind that ‘the gender pay gap’ claim has been comprehensively debunked, the injustice narrative continues under a new guise of the greater injustice of ‘gender imbalance’. The BBC has been quick to catch on, even kindly explaining that that the gender pay gap is different to unequal pay – but still an issue.

Women are certainly not short of advice on what is ‘holding them up’ or what they have to ‘face’ to get on in a non-stop victimhood narrative originating from endless women in business groups like this. Gender diversity isn’t a quota tick, it’s critical for profit, you will be pleased to hear the founder of the Equality Group https://equality.group/ tell us categorically – on what basis though is rather less clear.

There is an entire industry dedicated to why women can’t succeed, and advising them against the injustice they have to surmount before riding high or getting on, the latest such from the Treasury-inspired Rose Review this week claiming female entrepreneur hardship. Though further analysis will no doubt show that female entrepreneurs choose businesses that demand less start-up money, just as our analysis of female venture capital ‘inequality’ reflected no discrimination at all (the reason quite simply being that fewer women than men seek venture capital) the State is determined to rectify this spurious imbalance. Banks are now to be compelled to publish how much they invest in businesses run by women.

Business is the last redoubt to be taken by the gender imbalance activists who now inhabit the Treasury who service a wimmin’s complaint industry that should be eligible for a productivity award in itself. It certainly seems to be a far more popular form of enterprise than enterprise itself, ensured of Government funding until the FTSE 100 is gender representative to the last employee. In other words a gravy train at taxpayers’ expense and a nice little earner for the new dogmatists.

I have no doubt that Virtue Signallers Inc and their Treasury sponsor Liz Truss would be shocked to learn the doctrine behind their efforts on behalf of a Conservative Government is that of the revolutionary post-modern Left. Which is why on IWD we beg the Treasury Secretary and RBS executive Alison Rose to take time out from forcing women into business, whether they want to not, and understand the nature of the revolutionary agenda they are promoting (unwittingly, we hope). Helen Pluckrose’s 2017 article about how post-modernism ruined the West and its threat to liberal democracy is a must-read for them and anyone else engaged in this attack on reason.

‘The irrational and identitarian “symptoms” of postmodernism are easily recognizable and much criticized, but the ethos underlying them is not well understood,’ Pluckrose explains. ‘They underlie the problems we see today in Social Justice Activism, . . . and threaten to return us to an irrational and tribal “pre-modern” culture’.

Self declared feminists such as Liz Truss need to take a rain check. The gender balance theory on which her policies are based is no longer an argument about objective inequality but an attack on objective knowledge – and reality itself.

Five years on, we’ve been struck by this seismic change in the feminist position – this new indoctrination – one that has put them at odds with themselves and with that other competing identity group, the self-proclaimed and self-identifying transgenders. Here feminism has hit its Ground Zero.

That women today dominate the workforce in the public sector or occupy the commanding heights in the professions, the fact that there are no doors barred to women except by their own choice, ability or aptitude, is entirely irrelevant. Women according to post modern doctrine have special and greater rights simply by dint of their gender. But logically, according to this argument, so does every other gender, which leaves not just Matt Hancock scratching his head.

So added to our concerns of five years ago – the war on motherhood, the abandonment of children to the State, the economic and social marginalisation of men, and the feminisation of society that Andrew Cadman argues today has failed catastrophically – is this institutionalised unreason.

It is one that is engulfing our universities and schools, as Chris McGovern, one of our first writers on TCW, has been so vigilant in documenting on our behalf and which he recaps today.

Our fifth birthday today is an appropriate moment to mark our appreciation of Chris and The Conservative Woman’s other founding male writers, Andrew Cadman, Paul T Horgan, David Keighley and Nick Booth, without whom we would neither have taken off nor steered such a steady ship.  We thank them for their insights, intelligence, independent thinking and not least for their stalwart support – the male support that we as women need and value. Some feature again today on our pages with their own reflections on the past five years, where we were then, where we are now and what we have to look forward to.