The Curious Case of Peston’s Paramour 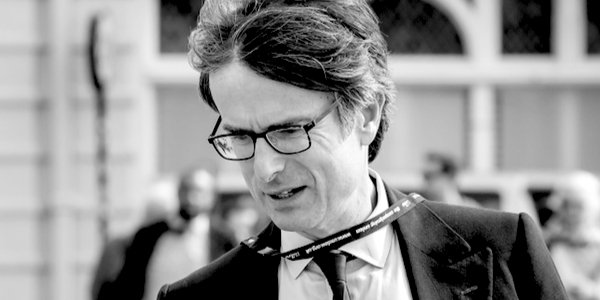 RIGHT from the outset, both the story, and even its layout, looked fishy.

Late last Saturday evening, the Sunday Times splashed with the revelation by its Deputy Political Editor  that its new Style magazine writer Charlotte Edwardes was using her first column to accuse Boris Johnson of squeezing her thigh beneath the table at a private lunch. Doubts arose immediately.

For a start, only at the end of the fourth paragraph was it stated that the allegation was no less than 20 years old. Could that have been to render that rather important detail invisible to a non-paywall reader?

Set against the apparent 20-year delay in going public on the accusation, the timing of its eventual revelation is intriguing. If the alleged assault was as discomforting as Edwardes suggests, she seems to have missed a remarkable number of opportunities to bring it to wider attention.

Since the time of the alleged assault in 1999, it’s possible to identify at least 11 politically significant occasions on which she could reasonably have reported it to the general public, and thus amplify in the public domain the issue of his suitability or otherwise for office. She could, for example, have disclosed it:

1 When Johnson successfully stood for election as MP for Henley in 2001. She didn’t.

2 When he successfully stood for re-election as MP for Henley in 2005. She didn’t.

3 When he successfully stood for election as Mayor of London in May 2008. She didn’t.

4 When he successfully stood for re-election as Mayor of London in 2012. She didn’t.

5 When he was selected as the candidate in 2014, and successfully stood for election as MP for Uxbridge and South Ruislip in 2015. She didn’t.

6 When he successfully stood for re-election as MP for Uxbridge and South Ruislip in May/June 2017. She didn’t.

7 When Michael Fallon resigned and Damian Green was accused over historic – 15 years and three years respectively – allegations of ‘inappropriate touching’ of women in November 2017, in the wake of the #MeToo scandal. She didn’t.

8 When Johnson and his wife announced their separation and intended divorce in September 2018. She didn’t.

9 When he confirmed his bid for the Tory leadership in May 2019. She didn’t.

10 When the blazing row with his girlfriend, to which police were called, was front-page news for several days in June 2019. She didn’t.

At this point, one might well ask why, if Johnson was such a danger to women as Edwardes claims to have felt, she apparently did not feel compelled to use her privileged position in the media to alert other women who might find themselves vulnerable to a similar assault.

Instead, Edwardes, the inamorata of Labour-inclined mainstream media journalist Robert Peston (not universally regarded as Brexit’s most enthusiastic advocate) appears to have chosen not to do so but to wait.

Why has this revelation has appeared only now, for the first day of Johnson’s first Conservative Party Conference as leader, and in the approach to the culmination of his struggle to extricate Britain from the European Union in fulfilment of the largest ever popular democratic mandate in UK political history, in the teeth of intransigent opposition from a recalcitrant, Remainer-dominated and election-averse Parliament, a judicially-activist Supreme Court, and a substantially pro-EU hostile media?

If it is a mere coincidence, it’s an astonishing one. A very convenient one, too, for the various components of the anti-Brexit Establishment who increasingly seem willing to resort to any tactics to stop Brexit.

What we’re seeing from the anti-Johnson-as-proxy-for-anti-Brexit camp is neither new, nor even original. Shenanigans and procedural chicanery in the legislature; synthetic outrage in the media; febrile talk of impeachment and now, decades-old sex allegations. They’re taking their tactics from the same playbook as the Democrats and wider US ‘liberal’-Left, echoed by their reliably on-message media amen-corner, are deploying against Trump. It’s a measure of their bubble-insularity and remoteness that the possibility it might be counter-productive just doesn’t seem to occur to them.

Yet despite desperate efforts by the marinaded-in-anti-Brexit-groupthink mainstream media, BBC News and Sky News as ever to the fore, to give the original story legs and keep it going, as far as the non-mainstream media online political audience and community is concerned, it seems to have succumbed to widespread derision within 48 hours.

Contrary to what I suspect the aim of the story was, people aren’t outraged, or even much fussed, about Johnson’s inveterate eye for the ladies, being far more interested in whether he delivers Brexit on time.

Social media may have its faults, and its corporate inclination to Left-‘liberal’ censorship is a growing worry, but the power it can give to even 280-character citizen-journalists, in the jargon, disintermediate the media, and thereby disrupt and counter their desired narrative, is not to be denied.