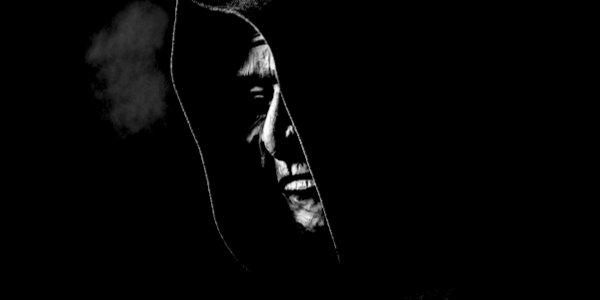 HERE is a report circulated by Associated Press and quoted last week in a number of British newspapers:

‘Two convicted paedophiles, who changed gender and then married each other in prison, have won damages after a judge criticised the Ministry of Justice for only allowing them to communicate by letter. The inmates took legal action after they were moved to different prisons and were not allowed to visit or talk to one another. They argued that the ban was an unjustified interference with their right to a private life.’ (Here is the Telegraph report.)

In a moral world, one might say that the pair were fortunate to be allowed the privilege to write to each other after the despicable crimes they had perpetrated upon children.

This is from the TV programmes guide in a national newspaper:

‘Knuckledust is a seedy British thriller set in an underground club run by an American boss (Camille Row) where punters play for twisted pleasures, including brutal fights to the death (certificate 15).’

Two examples at random: I could have given a dozen more. These episodes recall the sort of depravity we are accustomed to associate with the Dark Ages. As I read of these horrors, I recalled some words of C H Sisson: ‘What makes St Augustine remarkable is that he lived through times which were very much like our times – and he rejected them.’

Modern society is uncannily reprising the sort of things that were going on in the last days of the Roman Empire – things which St Augustine described in his great book City of God. The cruelty of the arena, the gladiatorial contests and the deadly games in the Colosseum where spectators would vote by a show of hands on whether a man should have his left foot or his right hand cut off first.

Augustine describes a state in which people are ‘unconcerned about the utter corruption of their country – “So long as it lasts”, they say – so long as it enjoys material prosperity.’

The downfall of the Roman Empire was preceded by a whole series of financial crises. It was overwhelmed by mass immigration and threatened by barbarian violence. The comparisons with our own time are very striking. Augustine prophesied against ‘rulers who are interested not in the morality, but the docility of their subjects; they are regarded not as directors of conduct but as controllers of material things and providers of material satisfaction’.

Doesn’t that make you think of extravagant loans to people who could never afford them; of laws to encourage 24/7 shopping and drinking; of the whole world turned into advertisements? Art and culture debased, as Sir Peter Maxwell Davies said of Damien Hirst: ‘Manufactured artefacts without content, with just a brand tag supposed to guarantee market value.’

A civilisation cannot survive on such debased conduct, on pretend values which are really valueless.

Augustine describes a society where: ‘Full publicity is given where shame would be appropriate; close secrecy is imposed where praise would be in order. Decency is veiled from sight; indecency is exposed to view. Scenes of evil attract packed audiences; good words scarcely find any listeners. It is as if purity should provoke a blush and corruption give grounds for pride.’

Of course, the rottenness involves not only the senses and the body. Augustine speaks of ‘the intelligentsia who are infected by a gross mental disorder which makes them defend the irrational workings of their minds as if they were logic and truth itself’.

And so in our day, ‘leading’ intellectuals, politicians, publishers, the media, the bishops and archbishops preach wokery – which is a recurrence of the disease diagnosed by St Augustine.

When you read City of God it’s as if you’re reading today’s papers. For instance, I thought the solecism of referring to a sectional self-interest group as a community was a particularly modern mistake. (The funniest example of this was in the Independent newspaper some years ago when it referred to London’s sadomasochistic community.) But no, this is not a modern social heresy. Augustine said: ‘They define “the community” as meaning not the association of the whole population but a group or a clique united by a sectarian sense of rights and a sectional community of interest.’

Such things are pressure groups or even ghettos; and as such they are divisive of the commonwealth, the whole community of the nation.

Augustine flayed the architects of this rottenness: ‘You are anxious to enjoy your vices without interference and to wallow in your corruption untroubled and un-rebuked. For if you are concerned for peace and general prosperity, it is not because you want to make decent use of these blessings with moderation, with restraint, with self-control, with reverence. No! It is because you seek an infinite variety of pleasures with a crazy extravagance; and your prosperity produces a moral corruption far worse than all the fury of an enemy.’

Yes, we are threatened by external enemies, but a people of integrity can always defend themselves against foreign foes. What we cannot defeat so easily is an enemy so deeply embedded in our own psyche and culture that we do not even recognise it as the enemy. In effect our society lives by the motto Evil be thou my good. This fatal malady was diagnosed afresh for us by R G Collingwood in his An Essay in Metaphysics: