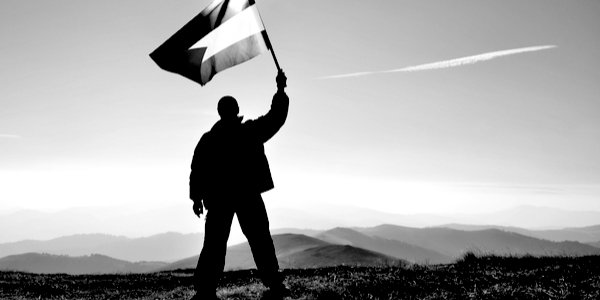 WHEN is it better for the media to fail to cover a terrorist attack? When the alternative is to have it reported in the Independent.

Imagine the scene. A group of people are waiting for a bus on a hot Sunday evening. Suddenly there is a fusillade of shots from a passing vehicle. Two men in their twenties and four teenage girls are wounded. There is also a seriously injured young woman in her twenties; she is seven months pregnant. The young woman is taken to hospital where she gives birth in an emergency operation. Four days later her baby son dies.

One would think that if ever there was a human interest story this would be it. It has everything the media usually love; innocent bystanders, teenage girls, sudden violence, a car chase, the death of a baby. It used to be a commonplace saying in the media that ‘if it bleeds it leads’. Surely this story would be a natural to lead the headlines. Wrong.

Most of the media, including the BBC, failed to cover the incident, which happened on Sunday, in any depth. To their credit the story was used by CNN, and wire services such as Reuters and Associated Press, but other than that there was virtually no coverage.

Could it be because the incident occurred outside the Jewish West Bank settlement of Ofra and that the victims were Jews shot by Palestinian terrorists from Hamas? The baby who lost his battle for life four days after the attack was named Amiad Yisrael. He was the son of Shira and Amichai Ish-Ran, who were waiting at the bus stop to go home following Chanukah celebrations. Is that enough reason to fail to report the violence?

The virtual silence of most of the media concerning this terrorist atrocity is shameful, though not unexpected. Silence is, however, preferable to the reporting which eventually emerged from the Independent.

Having initially ignored the incident in Ofra, a few days later the Independent used the death of Amiad Yisrael to suggest a ‘moral equivalence’ to justify its story when covering the death of a Palestinian child during a riot at the Gaza fence.

The deaths in terrorist attacks of people innocently going about their daily lives is an abhorrent fact of life today. It is especially vile when it involves the deaths of children. That a four-year-old Palestinian child was killed by shrapnel from Israeli gunfire during a protest at the border is a tragedy which should distress us all.

The treatment of the two incidents by the Independent is reprehensible in what purports to be a serious media outlet. In its sub-headline the Independent grotesquely claimed that the Israeli baby was ‘born prematurely during a Palestinian shooting’ as though his mother just happened to be in the vicinity and was frightened into premature labour.

Given the events that led to his death it is a clear distortion of the truth to present the death of Amiad Yisrael as an accident, no matter how unfortunate.

Whatever the Independent attempts with its false moral equivalency, there is a huge moral gulf between how these two children died.

The Palestinian four-year-old, Ahmad Abu Abed, was taken by his parents to the Gaza border area where Palestinian rioters were engaging in violent protests. Children have little say about where their parents take them. It would have been clear to the Abu Abed family the risks involved in going to the area at that time.

While there is doubt about just how close the family were to the border fence when shrapnel hit the boy, the basic question remains as to why anyone would take a child to the scene of a riot. Riots are, unfortunately, commonplace in the West Bank. They are planned in advance and well organised. It is highly unlikely the family did not know what was about to happen.

Palestinian terrorists, however, do deliberately attack babies or children. Instead of investigating the incident to bring the Ofra attacker to justice, Hamas praised him as a martyr after the lead suspect was shot dead by Israeli forces. ‘Hamas announces with great pride the death of its martyr Salih Omar Barghouti, the perpetrator of the heroic Ofra operation,’ the terror group wrote on Twitter.

Barghouti’s family has long-standing terrorist connections, including a father and uncle who were convicted of murdering an Israeli soldier in 1978. The uncle, Nael Barghouti, is one of the longest-serving Palestinian prisoners in Israel’s history.

The inescapable truth is that Amiad Yisrael Ish-Ran was deliberately targeted by Palestinian terrorists who set out with the intention of murdering Israeli Jews regardless of their age or sex. Ahmad Abu Abed, whose death should also be mourned, was the accidental victim of a dangerous situation in which he had been deliberately placed.

For the Independent, Amiad Ish-Ran and the Ofra terror attack was worth five out of 17 paragraphs in its story. That is what an Israeli victim of terror is to the Independent, an afterthought tacked on to provide a false moral equivalence.

It would have been better if the Independent had followed the lead of most of the media and ignored both the Palestinian attack and the death of Amiad Ish-Ran.

Share
Facebook
Twitter
WhatsApp
Email
Previous articleReaders’ comments special: How can the 117 carry on under May?
Next articleA carol a day: We Three Kings of Orient Are