The death throes of Tyrannosaurus Brex 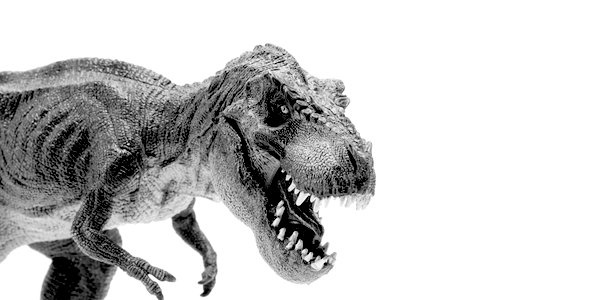 WE all know why the dinosaurs died out, or think we do. At the end of the Cretaceous period a cataclysmic asteroid impact caused a global mass extinction that eradicated millions of species, with the dinosaurs by far the most famous casualty.

In fact, many palaeontologists think that dinosaur numbers were already well into decline: the impact merely hastened the inevitable. Alternatively, perhaps the combination of factors was lethal: sans asteroid maybe they would have made a recovery, or perhaps a saurian population in ruder health could have survived the impact. We will never know. However, because catastrophic, spectacular explanations are so much easier to sell than the mundane or complex, as far as most of us are concerned, it will always be the asteroid wot done it.

So it will be with the coming collapse of our political system of representative democracy: as far as the complacent, aloof, ruling classes are concerned, it will be simply a poisonous consequence of Brexit, itself rendered by the ‘catastrophic’ actions of a few singular malign individuals: evil Svengalis such as Dominic Cummings and Arron Banks, manipulating the lumpen masses into voting Leave.

The truth of course, is more complicated. Long before Brexit, representative democracy was in serious and growing trouble. Brexit itself was a direct consequence, of course, as for decades the system’s political custodians chose to kick the European can down the road, repeatedly lying as they did so. However even if ‘Europe’ had never become a ‘thing’, the inherent short-termist bias of the system surely threatened its own survival. Take, for instance, the complex but hugely important issue of waning demography: when the problem was ‘no bigger than a man’s hand’ politicians didn’t even attempt to address whether public policy was storing up severe problems for the future, and now time has run out much prefer the socially disastrous stop-gap of mass immigration. It is the same on issue after issue – family breakdown, housing, you name it: in pursuit of quick fixes politicians have strip-mined away our economy and weakened the organic bonds of our culture. The result is an increasingly fractured, moribund society more and more receptive to the socialist siren song of the zero-sum game.

And now the Brexit asteroid has hit our already weakened polity, barreling straight down the middle of SW1 and unleashing as yet unsated revolutionary forces as it did so. It was, in the words of Gisela Stuart, an ‘unfrozen moment’ where a great deal of good could have been achieved. Had not MPs and Lords acted with such collective petulance and stupidity, had they not realised that it was not an unfortunate, catastrophic one-off but a reaction to a much deeper malaise for which they themselves were responsible, then by working to make it an ambitious success they could have saved both the system and themselves.

Instead, they have consistently opted for collective professional suicide: the huge, irreversible constitutional damage done by the shenanigans of Speaker Bercow and his merry band of boys and girls last week is just the latest in a series of hubristic idiocies that will further hasten the demise of a now-doomed political class. Whatever – whatever – happens tomorrow, and however Parliament then reacts, it will emerge from Brexit greatly weakened: either it fails to stop No Deal, in which case it looks ineffectual, it opts in one form or another to frustrate the will of the people, or both. Insouciant, arrogant and obsolete. A Tyrannosaurus Brex, as oblivious to its fate as the dinosaurs were on that last Cretaceous dawn, 65million years ago.