The defiance (and the trashing) of Esther McVey 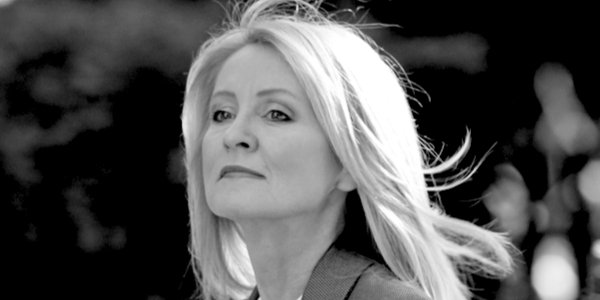 IN mid-November Theresa May emerged from Number 10 to announce as a ‘collective decision’ Cabinet approval of her withdrawal agreement. This followed a five-hour meeting she described as having been a ‘long, detailed and impassioned debate’. But the fact that only two Cabinet resignations were to follow indicates that internal opposition to her bogus Brexit was far less fervent than it ought to have been.

This lack of resistance within Cabinet was confirmed in an interview Esther McVey gave to the Telegraph, headlined: ‘I knew Theresa May’s Brexit deal was terrible but my Cabinet colleagues just crumbled’.

Dominic Raab at least quit as Brexit secretary, albeit with a resignation letter that began by telling the prime minister: ‘It has been an honour to serve in your government’, and concluded with: ‘My respect for you, and the fortitude you have shown in difficult times, remains undimmed.’  All of which stank of bovine defecation.

Esther McVey used plainer language which gave short shrift to the prime minister: ‘It will be no good trying to pretend to [the British people] that this deal honours the result of the referendum when it is obvious to everyone it doesn’t.’ Unlike Raab’s resignation letter, McVey’s contained no cant or faux flattery: even when writing of her ‘huge honour to serve as Secretary of State for Work and Pensions’, pointedly Esther expressed no gratitude to Mrs May for having served ‘you’ or even ‘your government’.

In other words, for the way the prime minister had blindsided two Brexit secretaries and twice dumped upon the Cabinet, especially the Leavers, Esther McVey showed Mrs May precisely the amount of respect she had earned: none whatsoever.

Although Raab’s resignation as Brexit secretary was much the more symbolic, Esther’s exit clearly had added acrimony, which probably explains why immediately she was briefed against. Anonymous sources first claimed that during the Cabinet meeting McVey had been in tears – ‘I’m made of much sterner stuff than that’ was her retort – then accused her of having had an ‘extraordinary meltdown . . . I thought security would have to be called because she seemed so hysterical and aggressive.’

At the time, McVey ridiculed this characterisation of what she called her ‘straight talking’.

Hilarious; seems a bit of straight talking from me to ask Cabinet members to vote on the most important matter in a lifetime made them crumble!
Makes you wonder if this is how feeble senior members have been in negotiations with the EU over our future? https://t.co/YYywa76snN

It was reported that Dominic Raab had already decided to quit having felt ‘totally mugged off by the PM’; yet he supposedly had agreed a 24-hour delay ‘as a last personal favour’. If true, it is mystifying why the duplicitous Mrs May, who by then had long forfeited all entitlement to goodwill, was deserving of his or anyone’s generosity; it would, however, explain why Raab was also reported to have been largely docile during that fateful Cabinet meeting.

The recent Telegraph interview confirms that Esther McVey had several times sought a Cabinet vote ‘to put on the record where everyone stood’. To an outsider, all ministers being forced to declare their position and to be formally accountable might seem obvious; however, ‘no one in Cabinet supported me. I was astounded. What I was asking for was a vote on the most important issue in a generation’.

Furthermore, McVey’s persistence led to her being forcibly silenced by the Cabinet secretary, Mark Sedwill: ‘I was accused of having a meltdown but actually it was the other way round because people were so adamant not to have a vote that various people, the chief whip, Sedwill, yes they did all [shout me down].’

Civil servant Mark Sedwill, à la Sir Humphrey, apparently had ‘referred to a physical copy of the Cabinet manual, which he said bars votes during meeting’, although Esther McVey believes there to have been precedents. In any case, when the seismic matter was Mrs May shamelessly dragooning ministers behind her stitch-up with the EU, I say to hell with this or any other arcane Cabinet convention – a sentiment only Esther McVey, amongst the so-called Brexiteers, seems to have been brave enough to share and act upon.

Instead, having adhered to protocol whereby the prime minister simply assesses the mood of the meeting, Theresa May was able to announce ‘collective’ approval – she having taken the temperature using her own thermometer.

If only those tepid Brexiteers, who not only remain in Cabinet but are now actively promoting Theresa’s terms of surrender to the EU, had shown the same boiling anger as Esther McVey, the past few weeks might have been very different.

Share
Facebook
Twitter
WhatsApp
Email
Previous articleA carol a day: The Coventry Carol
Next articleHow May’s machinations have left us on the brink of a constitutional crisis