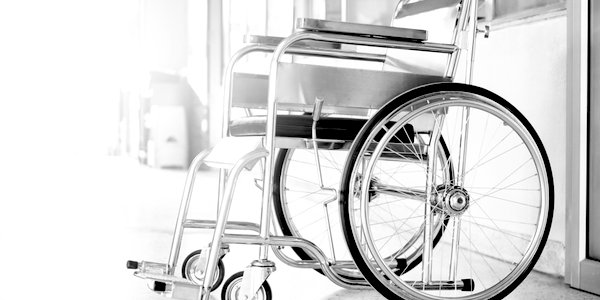 A BBC documentary has highlighted scandalous ill-treatment of autistic residents at Whorlton Hall in County Durham, an NHS facility run by Cygnet Health. Secret filming revealed staff cruelly taunting the already disturbed patients and using obscenities to goad them into ‘meltdown’ to justify physically restraining them, all the while boasting about their ‘exploits’.

The facility was rated ‘good’ by the Care Quality Commission in 2017, even though no actual care seemed to be given apart from handing out medication.

The scandal recalls that of privately-run Winterbourne View – also exposed by the BBC – in which mentally disabled residents were verbally and physically abused while Care Quality Commission regulators relied on ‘box-ticking and bureaucracy rather than in-depth investigation’.

In view of this it is astonishing that yet another exposé of this kind was needed, even though ‘mental health’ has become a fashionable talking point. However, the response of mental health experts to the secret filming at Whorlton Hall was to propose that such facilities be closed and patients ‘returned to the community’ which, since they are incapable of caring for themselves, is just another way of ‘losing the problem’.

Since the closure of mental hospitals and the switch to ‘care in the community’, decanted patients have provided a steady supply of perfect victims for criminals. One 64-year-old disabled man collapsed and died on his doorstep after more than a decade of harassment from youths; neighbours described his treatment as ‘bear-baiting’, but police had urged him ‘to change his own behaviour rather than try to stop his tormentors’. In a similar case, a ‘vulnerable and gullible’ man with Asperger’s syndrome was beaten to death after being lured away by a gang.

While ‘in the community’ a close relative of mine suffered robbery, burglary and embezzlement by confidence tricksters, but such victims make unreliable witnesses and perpetrators invariably escape prosecution. However, a return to the old mental hospitals of the past is not the answer; now in a small local mental health unit, that relative revealed abuse suffered in such a hospital only years later. Isolated facilities – sometimes hundreds of miles away from patients’ families – staffed by poorly selected, poorly paid, poorly trained and poorly supervised workers, almost guarantee abuse; as a solution it is scarcely better than abandonment in the ‘uncaring community’.

The answer to the problem is for all local authorities to make proper provision for patients with challenging behavioural problems, with proper training, proper supervision and proper inspection. Treasury bean-counters will complain of the expense. But if the Government is to be kept to its word about mental illness, this is where its focus should be trained: at the coalface of their over-crowded, badly managed, understaffed secure units, not on talking therapies for footballers. While they boast of the ‘savings’ to the public purse from closing the remaining mental health facilities, they ignore the hidden cost to other agencies – councils, the NHS, the police and other emergency services – from leaving ever more vulnerable individuals to fend for themselves.

Human rights – and human rights champions – come in short supply for the imprisoned, least visible to society, mentally disabled, even though they are least able to call for help or protection. The harsh truth is very few people want to know what goes on behind the locked doors of Britain’s 21st century secure units. Even fewer care.