The doctors banned from saving lives 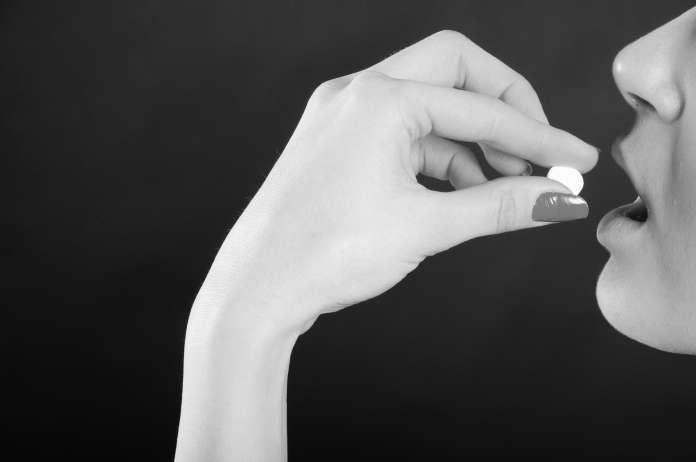 MEDICAL history was made in 2021. For the first time, it is believed, doctors have been prevented from providing treatment to save lives.

In 2020, the most recent year for which we have figures, 209,917 abortions were carried out in England and Wales. Of these, 85 per cent were induced by the women taking pills in their own homes. Home abortion is allowed because in March 2020 emergency legislation was brought in as part of the response to coronavirus allowing women to take the two pills necessary at home without medical supervision (previously the first had to be taken at an abortion clinic). The first pill stops the hormone which allows the pregnancy to continue. The second causes the womb to contract to pass out the baby.

The temporary measures were meant to be for the duration of lockdown only. They were extended until March 2022 and the government is considering whether to make them permanent. The irony of women not being allowed to attend an abortion clinic for the purpose of killing their unborn babies because it may put lives in danger is obviously lost on them.

Two doctors have been providing women who have taken the first pill and regretted doing so with life-saving abortion reversal treatment. Dermot Kearney, an experienced consultant and cardiologist, and his colleague Dr Eileen Reilly have saved the lives of more than 30 babies in this way.

When the news of this treatment became known, the abortion industry lost no time in stopping it. They successfully lobbied the Medical Practitioners Tribunal Service, who ruled that the two doctors must stop providing treatment to save lives. What does it say about our society when a doctor is prevented from saving lives at a time when we are all told to take precautions to save lives in response to coronavirus?

Abortion reversal treatment is thought to have a success rate of up to 68 per cent if taken within 72 hours of the first pill. The stories of some of the women helped in this way are heart-rending. Laura (not her real name), faced with an unplanned pregnancy, said: ‘I hoped that once I had taken the first pill I would stop spending every hour of the day contemplating. This was not the case. After I took the pill I regretted the decision immediately and broke down in tears on the floor, feeling so much guilt.’ She had to do her own research to find the name of Dr Kearney who was prepared to save the life of her unborn baby. In abortion reversal, timing is critical. The treatment, progesterone, has to be taken as soon as possible and within a maximum 72 hours.

‘I was aware that it might not work,’ said Laura, ‘but I felt I had to do everything I could because I could not have lived with the guilt of taking the tablet and continuing the abortion. It would have broken me mentally and I would never have forgiven myself. I dread to think of the mental place I would be in now knowing my baby would have been due.’ The treatment was successful and Laura has given birth to a healthy boy.

‘Emma’ was faced with an unplanned pregnancy during lockdown. With all the uncertainty that the pandemic had brought, she and her partner decided that an abortion was the way forward. However, within hours of taking the first pill she was deeply regretting it. ‘We quickly knew that we had made a terrible mistake,’ said Emma, ‘and within eight hours we were seeking help in the hope that we could save the pregnancy.’

The abortion provider had given Emma no real support or informed her what to do if she regretted the decision, so the couple had to do their own research. They too were put in touch with Dr Kearney. Following the treatment he prescribed, Emma has given birth to a strong, healthy girl. ‘Without the support from Dr Kearney and the organisation he volunteers for, we would have been left isolated and unable to rectify our mistakes,’ she said. ‘His actions saved our baby and will never be forgotten.’

Supported by the Christian Legal Centre, Dr Kearney is challenging the decision to stop him providing this life-saving treatment to women in crisis pregnancies.

We do not yet know if the number of abortions carried out in 2021 is more or fewer than the 209,917 performed in 2020. What we do know is that, if not for the brave efforts of Dr Kearney and Dr Reilly, there would be 30 more added to the total. It remains to be seen if they and the Christian Legal Centre will be successful in re-establishing the principle that a doctor’s primary role is to save life, not take it.

Simon Davies
Simon Davies is a social care professional who takes a particular interest in medical ethics and right-to-life issues.