NewsPaperthe art of publishing
HomeNewsThe dust that got a life
0

The dust that got a life 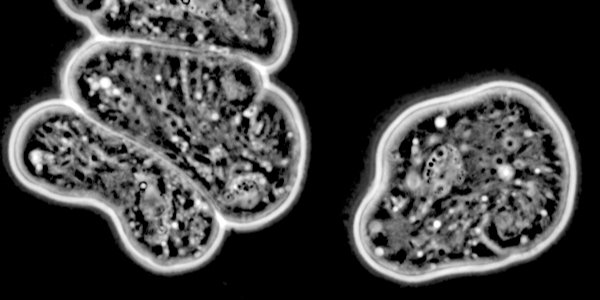 SOME four and a half billion years ago, clouds of dust and gas – the leftovers from the recent formation of the sun – were floating aimlessly around our corner of the Milky Way.

Eventually though, this cosmic debris found something useful to do with itself. Under the influence of gravity, it became a swirling, fiery orb, gaining mass with the help of meteorite impacts, until finally it formed into the volcanically volatile young Earth.

It was a spectacular show. But if you think creating a planet out of dust was impressive, it was nothing compared to Nature’s next big trick. A billion or so years later, after things on Earth had cooled down a little, along came . . . life.

It’s impossible to overstate what a Wow! moment that was, or what a tantalising mystery it remains. Scientists still can’t figure out exactly how a ‘primordial soup’ of inanimate elements such as carbon, hydrogen, oxygen, nitrogen, phosphorus and sulphur turned into living creatures able to reproduce, building ever more complex versions of themselves.

Luckily for us, it somehow happened. And over vast stretches of time, simple microbes proliferated and evolved into a whole new world of bacteria, fungi, algae, plants and animals.

Eventually, Homo sapiens climbed to the top of the evolutionary tree, developing consciousness, abstract thought and intelligence (well, for the most part) and going on to colonise the planet.

This long, eventful journey from dust to a dazzling diversity of life is absorbingly charted by Richard Fortey. His book Life, an Unauthorised Biography, as the title suggests, is no dry paleontological plod. Instead, he takes us by the hand and with a light touch guides us through the eons.

And he’s got a fascinating story to tell, brought to us courtesy  of the fossils painstakingly hewn from rocks all over the planet.

One thing that becomes clear is that we humans wouldn’t be here at all but for a mind-boggling series of against-all-odds biological and environmental strokes of luck.

For instance, the earliest microbes thrived in scalding conditions, feeding on methane in a cauldron of gases that would have been hostile to most present forms of life.

Then micro-organisms called cyanobacteria started photosynthesising – drawing energy from sunlight, water and carbon dioxide, with oxygen as a waste product.

As they multiplied and exhaled oxygen over millions of years, they ousted the poison vapours and filled the whole world with a breath of fresh air, making life as we now know it possible.

Fish-like creatures first wriggled from the seas on to the land about 500million years ago, and thereafter Earth had lots of tenants before we took over. An ice age some 450million years ago killed off many species, but our ancestors were among the survivors.

There were further ice ages and several mass extinctions. And all the time the continents themselves were shifting, drifting and colliding. Around 240million years ago came the rise of the dinosaurs. When they were wiped out 66million years ago, the field was left clear for small shrew-like mammals to emerge and evolve into us.

Four million years ago, early hominids were walking upright, but some scientists think Homo sapiens (wise Man) may have arisen as recently as 40,000 years ago.

Fortey says: ‘Who could have predicted that small, ungainly armoured fish would survive to give rise to animals that walked on land, and one day learned to talk and reason when ultimately transmuted to human form?’

He describes consciousness as the last of a long series of thresholds life has crossed ‘freeing the mind from the confines of mere cells, allowing imagination to probe situations not yet encountered: a sense of self and reason are those properties we like to consider uniquely human’.

Fortey’s narrative is dotted with observations and metaphors at times lyrical, amusing, profound, philosophical and sometimes irrelevant. This somewhat meandering, chatty style has annoyed some critics, who find it distracting.

However, he’s trying to explain a complicated subject to those of us who probably don’t know our Archean from our Jurassic, so I think we can forgive him for to some extent cushioning us from the really tough scientific stuff that makes your brain hurt.

One sobering thought from reading the book is that, despite there probably being countless planets similar to Earth in the observable universe, ours is the only place where life is known to have developed. Although scientists and mathematicians may beg to differ, the answer to that old nagging question: ‘Are we alone?’ may very well be: ‘Yes.’

If so, the life that fortuitously started here all those billions of years ago, of which we have each been given a small share, is a truly precious gift. We’d better make the most of it.