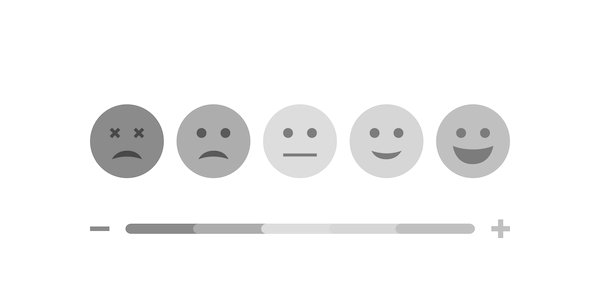 MAY 2020 was the hurtest month on record, according to studies by the Het Office, Britain’s official Emotional Climate Centre.

The country was on garden leave after an instruction from the Government to stop working was obeyed by many, what with the weather being so nice.

As ever with Britain’s stratified society, the effects of the climate curfew depended on our social status, which is way too diverse and complicated to describe here.

Suffice it to say that reaction to the lockdown all depended on your wealth of options. Can you work from home, are the kids cared for, have you got a garden or permission to leave the house?

As they say in the North, there is no such thing as a bad economic climate, just the wrong clothes.

The overall atmosphere in Britain has been cool but unsettled, with mild rumbles of thunder, but nothing widespread and it’s been mostly light grizzling. The emotional climate as ever is particularly dank and depressing in the capital, which has its own unique Bleakosystem.

One street in Islington experienced a particularly turbulent media storm. There were reports of flash bulbs and a localised outrage tornado that swept along the road, making seemingly intelligent people take leave of their senses. Social scientists have dubbed the incident The Cummings Quarry.

The Cummin2Get-U News virus is thought to have been cultivated in the notoriously shady Newsnight laboratory. The woke-based unit, which is supposed to be impartial, recently created the post of ‘head of policy’ for no apparent reason.

The appointment of pint-size panjandrum and political activist Lewis Goodall to the position had a noticeable effect on star presenter Emily Made-less. Goodall seemed to want to clarify the BBC’s gender pay disparity – you get paid less if you only present news for a section of the population.

Meanwhile in Islington, an aggrievance of journalists moved up and down the street, creating a howling storm that could strip the lead flashing off a roof. Though the tempest spread to the mainstream, nobody outside Twitter was affected.

Many people have asked what caused this phenomenon. The Emotional Climate – older readers might remember this as Happiness or Wellbeing – is still very difficult to predict because it is made up of so many different elements ranging from diversity to digestion.

Across Britain, the Emotional Climate can vary dramatically from the capital and there are always isolated pockets of common sense.

However, there was a long dry period across the country. People likened it to the great Media Storm of 2016, the ‘despite Brexit’ blizzard that was successfully weathered. History repeated itself, everyone ignored the wetness and the howling and they pulled together and did the right thing.

The Medical Monsoon of 2020 was an equally bamboozling news cyclone. Everything we believed to be true was ripped from its moorings and spun around us at great speed. Even Imperial College had its foundation of integrity damaged.

However, the public channelled the spirit of 2016 and stuck together for common interests. Agreeing to a universal curfew seemed the most sensible option for herd immunity, and the population allowed itself to be put into lockdown.

Obviously, that couldn’t go on for ever. With pressure up, it was inevitable that there would be a crowdburst, with riots breaking out and social distancing subsumed.

The flashpoint came from America, the home of all our lightning rods. There is much emotional climate equipment pointed at Europe, but these correspond to Vanity stations.

Over the weekend we saw storms in London, Manchester and Newcastle, but that build-up of pressure should be easing now.

What is the outlook for Britain next week and the year ahead?

The Emotional Climate for the rest of the week could be very different. The official verdict from the Het Office is that the sun’s gone in, the economy is in deep depression and everyone’s in the red.

In the next few weeks expect a mass build-up of pressure as people want to return to work.

The Department for International Trade (DIT) has even launched Check How to Export Goods, a ‘digital tool’ to help UK businesses trade with more than 160 markets around the world.

There is some damage to the import-export supply chain infrastructure, according to reports in Tate’s Export Guide.

In summary, people will begin to realise that happiness comes from the dignity of labour and the social cohesion provided by community.

The glowing screens of social media are only a window into our pockets for soul-sucking corporate brands, and their false light brings only darkness and despair.

And finally, I was sent a lovely picture of a dawning realisation of a tempestuous climate as chickens come home to roost, which came from reader Mick Smetaphor.

It shows a ‘second wave’ of corona panic sweeping across Britain and obliterating the country. In the words of Michael Fish, it’s not going to happen . . .