NewsPaperthe art of publishing
HomeNewsThe end of civilised life in London is but a bus ride...
157 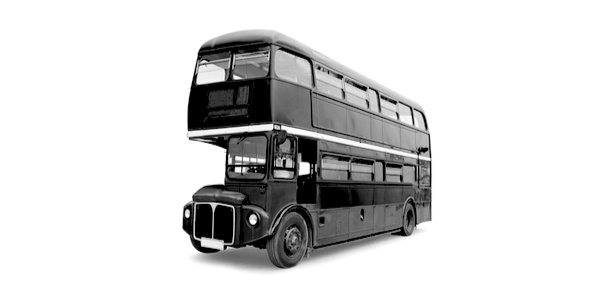 WHEN two lesbians were attacked and robbed on a bus in Camden Town by a group of teenagers last month, the incident rightly sparked outrage. Four or five youths allegedly jeered and goaded the couple before a violent altercation which left the women bruised and bleeding. Five teenagers aged 15 to 18 arrested in connection with the attack have been released on bail.

The liberal Left lost interest in violent crime and disorder long ago – too many awkward questions lurk therein – but any incident involving a favoured minority will catch their eye.

Thus the Times columnist Alice Thomson opined in an article on Wednesday that the battle for gay equality is only half won. For Ms Thomson, one of many echt ‘Blue Labour’ centrists in the Times’s commentary stable, this observation was the – ghastly word – ‘takeaway’ fact from the news story about Melania Geymonat and her partner Chris. However, for me the story reinforced something I already knew: the battle for civilised life in London is more than half lost.

Anyone who travels on public transport in the capital will have encountered an undercurrent of arrogance, surliness, threat and sometimes outright violence. This is, after all, Sadiq Khan’s city awash with drugs and knives. The problem has become normalised, to use a word the Left frequently employ.

I regularly use buses late at night and often come face to face with young men who are clearly under the influence of drugs and who have an obvious intention to intimidate. There is invariably a smell in the air of skunk, that pungent and sinister aroma from which I fear England will never escape.

Just on Tuesday a gang of youths attempted to intimidate me in daylight as I walked outside the newspaper office in central London where I work.

No one in authority has the slightest interest in these demonstrably uncivilised features of life in the fifth largest economy in the world – yet should an incident be aggravated by racial, transphobic or homophobic abuse, suddenly the powers that be get interested and, should the matter see the inside of a court, magistrates are permitted to take the gloves off. This is, I suppose, why so many burglars and paedophiles avoid prison,  while an idiot was locked up for 12 months for writing racist graffiti.

The near-universal Leftism of the legal establishment no doubt plays its part. After all, we have a Director of Public Prosecutions, Max Hill QC, who fasts during Ramadan ‘to show support for Muslim colleagues’.

Pleased to have kept fast throughout yesterday, it isn’t easy, my respect and Ramadan Mubarak to all of our @CPSMuslimNet colleagues. Now on my way to spend the day with our @cpsuk South West teams in Exeter. Looking forward to seeing you.

Call me old-fashioned, but I have never really seen why a physical assault on an innocent citizen is worse if you preface it with one particular form of verbal abuse rather than another.

I have often thought that you can find out quite a bit about society by using public transport, particularly buses. Many of the middle class are insulated from societal change by using cars, and it would certainly do politicians good to travel on public transport so they can behold the results of their handiwork up close.

I was not surprised when Richard Whelan, 28, was stabbed to death on the top of a bus in Holloway, North London, in 2005. Under the neo-Marxist aegis of New Labour policing policies, London was already well on its way down a road of squalid violence and disorder back then. Mr Whelan’s killer, Anthony Joseph, 23, had been throwing chips at passengers while high on crack cocaine. Joseph stabbed Mr Whelan seven times, once through the heart. It later emerged that Joseph should have been in custody at the time of the offence as there was an arrest warrant out for him. He was due in court for a burglary offence to which he had pleaded guilty. Despite the incident being caught on film and it being established in court that Joseph was a violent, bad-tempered man who carried a knife, his two trials for murder collapsed as juries were unable to reach a verdict. He admitted manslaughter on the grounds of diminished responsibility and was sent to Broadmoor secure hospital indefinitely. Sentencing him, Mr Justice Gross said: ‘The circumstances of this case are tragic indeed. They form the nightmare of all those who use public transport.’

For once a judge had it spot on. However, as I recall, Mr Whelan’s murder and the facts surrounding it did not provoke soul-searching in the Establishment’s media outriders. It was swiftly forgotten and was not seen, as certain other knife murders have been, as representative of a larger problem, which of course it was: a civil society steadily fraying as a result of drugs, violence, official laxity and the deliberate weakening of law and order. Mr Whelan was a straight, white male. Nothing to see here: move along.

The attack on Ms Geymonat and her companion happened first and foremost because our society is diseased with disrespect and far too many young people pass through their education without anyone standing up to them in any meaningful way. This liberal Left approach produces the socially incontinent little monsters we regularly see in the news and on our streets.

Alice Thomson finished her piece by saying: ‘Britain needs to take the lead in changing attitudes. We like to think that, in this era, Siegfried Sassoon could safely walk down a British street holding hands with his lover, but many in the gay community would say: don’t be so sure.’

Yes, Britain does need to take the lead – in realising that it is producing people who have no respect for anyone, be they gay, straight, black or white. Only when the Establishment realises that truth will this country be on the way to becoming a civilised place for all.