The EU is doing its wurst to punish us for leaving 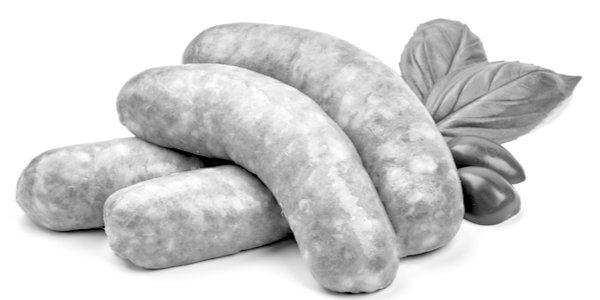 I HAVE started to believe that I am living in a science fiction future. We have the hand communication devices of Star Trek, and have developed the reusable rocket ships of a hundred space yarns.

A prototype spacecraft designed to land people on Mars and being tested in the USA harks back to the look of clean, silvered, streamlined space vehicles of 1950s films and early 1960s before 2001: A Space Odyssey made studios make them look all fiddly and intricate.

Videophones, long-anticipated, have gone mainstream not as a device, but as a program on smartphones and computers. Computers themselves are voice-controlled and can answer back. James Bond-style jetpacks are now part of military hardware.

But comedic scenarios have also come true. An episode of The Simpsons made in 2000 but set in the characters’ futures had Lisa Simpson taking over the US Presidency from Donald Trump.

Norway, famed by the early 1980s for earning nul points in the Eurovision Song Contest, was described as having won as part of a bizarre future in a whiskey advert (it actually won for the first time in 1985). Then there is the Euro-sausage row from Yes, Minister.

The episode in question, Party Games, was broadcast in Christmas 1984.  The governing party’s leadership election has two candidates, neither of whom the Civil Service wants to take the job. So they plot to elevate Jim Hacker to the position.

But Hacker is merely Minister for Administrative Affairs, not a holder of a Great Office of State. He is also chairman of the always-unnamed party.

The Civil Service conspire to nobble the rival candidates while also having a coronation for Hacker to get the job unopposed. The first part is easy – both candidates have shady pasts and threats of exposure force them to stand down. Getting Hacker, whom the Civil Service see as suitably pliable, to be seen as the only candidate for the job is a challenge in itself.

Enter the Euro-sausage row. The EEC, as it then was, is proposing to tighten the definition of the word ‘sausage’ to make it have the higher meat content more associated with continental sausages. The British banger would be redesignated the ‘emulsified high-fat offal tube’, and would only be permitted to be sold as such.

The row is actually defused before it explodes on the public consciousness as the EEC bureaucrats agree to redesignate the foodstuff as the British Sausage, Britischerwurst, Saucisse Anglais, etc.

However, the Civil Service media operation still stokes up the embers, implying that traditional sausages will be banned and that people will be obliged to have salami with their bacon in a Full English. In the midst of the confected public outrage, Hacker makes a defiant anti-EEC speech in front of the specially-invited arrayed media.

When the compromise is publicised, Hacker is seen as having saved the British sausage. He gets the top job unopposed, assuming a Napoleonic pose as he is informed.  All good fun and quite ridiculous.

And yet here we are. The EU is now looking to ban sausages made in Great Britain from the supermarkets of Northern Ireland. Apparently there seems to be an embargo on British foods of animal origin being exported to the EU at present, and a grace period during which the ban was not imposed is coming to an end.

Northern Ireland, for trade purposes, is part of the EU single market. But this is all part and parcel of the punishment beating the EU has to mete out to us lest any other disaffected country wishes to quit the EU.

Since the UK is a large economy, it can roll with the punches; smaller countries, such as Greece, could not, and these seem now locked into an increasingly Berlin-centric New Order.

Liz Truss is doing a great job at securing non-EU markets to offset any economic damage. But the fact that the EU is behaving this way by handing out bans, especially as the UK’s regulatory environment is at present highly, if not completely, aligned with the EU’s and has no strong reason to deviate despite having the freedom to do so, shows that the EU is merely a protection racket, a latter-day Festung Europa (Fortress Europe) similar in concept to the ambitions of the Bohemian Corporal but without the panzers and other martial paraphernalia.

The reason for Northern Ireland’s ambiguous status is the desire for the avoidance of the resumption of terrorism should a proper border have to be reinstituted.

It is highly likely that terrorists find the open border between the EU and UK lucrative in some way, and would resort to murderous violence should this money-spinner disappear, directing their ire not towards the guilty bureaucrats of Brussels, but the innocent people in Belfast and the British mainland. In a way, the terrorists appear now to be the unofficial enforcers of the EU’s will, and the EU seems quite happy for their cause to be backed by a threat of terror not too much different from the approaching whine of a diving Stuka.

While the EU or its predecessors was once a pro-democracy supranational mutual assistance organisation, it is now increasingly a bloc of nations bullying countries within and without. At the same time, the EU seems to heading on a path of decline as it is choked by bureaucracy and the promotion of the incompetent.

Perhaps our current state is best depicted by the famous and much-imitated 1940 cartoon by David Low showing a British Tommy waving defiantly from a stormy coastline.

But it has to be remembered that every European coalition set against us has ultimately always crashed uselessly against the White Cliffs and had to recede to its eventual demise. It is to be hoped that the sausage-blockers will not be an exception.

Share
Facebook
Twitter
WhatsApp
Email
Previous articleLet’s be clear: Biden the bully is our enemy over Northern Ireland
Next articleLabour, a party whose time has gone