The false god of diversity 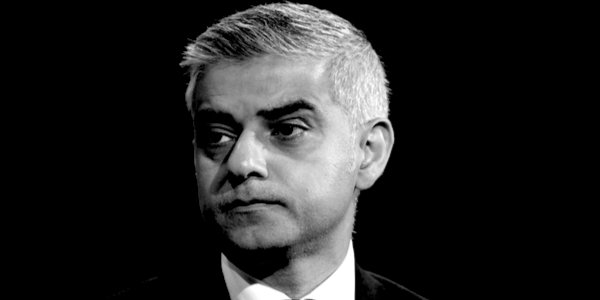 ON September 11 the Mayor of London Sadiq Khan tweeted, ‘Far too many Londoners don’t see themselves or their histories reflected in our public spaces.’ On September 16 he further stated, ‘I’m looking for Londoners to join my new commission reviewing diversity and representation across our city’s public spaces, from our statues and memorials to our street and building names.’

The Mayor of London’s desire to revise the capital’s cultural heritage in order to reflect a multicultural worldview needs to be challenged. Biblical Christianity does not demand the destruction of national identities nor the rewriting of history, and nor does it teach that multicultural societies are intrinsically better than those more aligned to a single culture.

The Christian loves his neighbour whoever he is and wherever he comes from, but that does not negate the principle that people who have chosen to come and live in the United Kingdom from other lands and cultures should surely regard it as preferable to seek integration with the existing identity of the nation, rather than to pursue a separate course.

The quality of life in Britain, which is a primary motivating factor in people from other lands moving to the UK, is a function of the nation’s history and culture. Britain’s quality of life has not just suddenly and randomly happened; it has taken countless generations to build it up, and there are fundamental principles undergirding it.

Britain is what it is precisely because of its close historical identification with Biblical Christianity, even to the extent of our present head of state having taken a Bible in her hand at her coronation and promising to uphold its teachings. The creed of multiculturalism, in contrast, demands that Christianity must not be regarded as producing a more beneficial effect upon society than any other religions or cultural identities might achieve.

However, if the forces of multiculturalism are correct in seeking to sideline Britain’s historic religious identity in this way, and if they are morally virtuous in looking down upon what might be termed a more mono-cultural society, why are they not pressing for mass immigration into, say, all the Middle Eastern, African and Asian nations of the world, so that the distinctive cultural and religious identities of those countries can also be diluted?

Sadiq Khan has stated that he has set up his commission regarding statues and memorials in public places ‘to increase the representation of Black, Asian and minority ethnic communities, women, LGTBQ+ people [and] disabled groups’.

Here we observe the strategy of cultural Marxism in trying to conflate the perceived injustices endured by homosexual people with a view of Britain as being systemically racist. The argument is that the prejudice which homosexuals have had to put up with is the same prejudice endured by ethnic minorities in nasty, bigoted Britain.

Again we see how Britain’s Christian identity is the ultimate target in all of this. The Bible is unequivocally clear on the sinfulness of homosexuality and on the fixed nature of gender as ordained by God, but, we are told, for the nation to become a modern, diverse and inclusive society, it must disregard the teachings of the Christian Scriptures in this important moral area, and must also be ashamed of its historic upholding of those Scriptures.

Hopefully, we can begin to see the real spiritual dimension in the assault of the cultural Marxists upon all that Britain is as a nation. Part of the ‘embracing diversity’ package is also the notion that unfettered immigration can only ever be good, and that even illegal immigration must not be condemned. The failure to deal with the current crisis of unauthorised entry into the country across the English Channel is precisely because the Government is fearful of offending the liberal mindset of the cultural Marxists.

The Bible’s teaching, in contrast, is that national borders should be respected, not ignored. A brief example of this teaching is Moses leading the Israelites from Egypt to the Promised Land, and asking the Edomites and Amorites for permission to travel through their territories (Numbers 20 and 21). He told them that his people would not stray from the main highway, nor touch any crops. He even offered to pay for any water that Israel’s cattle consumed in transit. Moses thus respected the God-ordained boundaries of other nations.

Rather than the Mayor of London’s ‘Commission for Diversity in the Public Realm’, what Britain needs in the public realm is an acknowledgement of the distinctly Christian foundations of its history and culture. It is the gospel of Christ which has produced all that is best in our nation’s character and identity, because the gospel changes the sinner’s heart in a way that cultural Marxism never could. As the Bible tells us, ‘Blessed is the nation whose God is the Lord’ (Psalm 33:12). Diversity is a false god. Britain must put its trust in the one true Trinitarian God who manifests Himself in Jesus Christ.