The feather-bedding of Doddery Joe 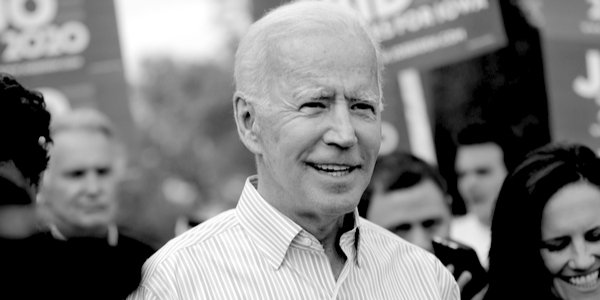 NOT many TCW readers will know the name Dr Brandy X Lee, especially those living outside the United States. Dr Lee is an American psychiatrist who was once associated with Yale University. Her fifteen minutes came and went during the tenure of President Trump when the Left had her testify to congress about the then president’s ‘mental unfitness’.

Throughout his time in the White House, Donald Trump and his physical and mental health were under constant attack from the Left. They used these charges to undermine his credibility, thwart his effectiveness, and as one of their many reasons for his impeachment.

If Trump’s mental health was iffy, President Biden’s is even more so. But the Left are suspiciously quiet.

In a 2018 article for the Guardian, Dr Lee wrote, ‘It is Trump in the office of the presidency that poses a danger. Why? Past violence is the best predictor of future violence, and he has shown: verbal aggressiveness, boasting about sexual assaults, inciting violence in others, an attraction to violence and powerful weapons and the continual taunting of a hostile nation with nuclear power.’

Yet the same year, before a crowd at the University of Miami, Biden said of Trump, ‘They asked me would I like to debate this gentleman, and I said no. I said, “If we were in high school, I’d take him behind the gym and beat the hell out of him”.’

In June last year, Trump was seen walking cautiously down a ramp at West Point. The New York Times reported: ‘President Trump’s descent down a ramp after speaking at the US Military Academy at West Point in New York reopened questions about his health.’

In reference to this event, Biden said, ‘Watch how I run up ramps and he stumbles down ramps. OK? Come on.’ Yet just two weeks ago, the current commander-in-chief fell not once but three times, as he climbed the stairs of Air Force One. We’re watching, Joe, we’re watching.

In an attempt to quash the Left’s charges against him, Donald Trump sat, and aced, the Montreal Cognitive Assessment (MoCA). The test was created by neurologist Dr Ziad Nasreddine, and it consists of 30 questions. According to Dr Nasreddine, ‘Each question is accessing a different part of the brain in terms of cognition.’

At his first press conference as president, Joe Biden needed the assistance of a binder full of notes to answer questions. The Left justified this crutch by noting that Trump’s press secretary, Kayleigh McEnany, always had a binder of notes with her when she spoke to the press. That’s because McEnany was answering questions on what the president’s perspective was on certain topics. Biden is the president; he shouldn’t need notes on what his perspective is, unless he’s in cognitive decline.

What do you say, Dr Lee?