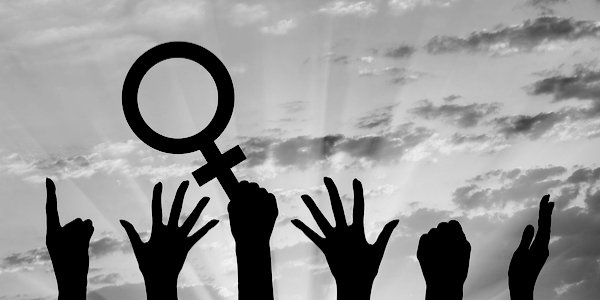 ‘I think this award is tremendous and I don’t think it could come at a better time when we look at what is happening in this country, for example with the rise of rampant misogyny and a court that is not only dismissing and denying sexual abuse but just ramming itself into action in spite of it . . . Dr Mukwege is a model of a different kind of man and that is what is required right now in the world if we are going to end rampant sexual violence that exists in war zones and everywhere.’

Those are the words of American feminist playwright and ‘long-time campaigner against violence against women’ Eve Ensler, commenting on the BBC’s The World Tonight about Denis Mukwege’s Nobel Peace Prize award for his work with victims of sexual violence in the Democratic Republic of Congo.

So we’re meant to believe the Congo is the same as Kavanaugh. We are meant to believe that there is a moral equivalence between war rape crimes and alleged sexual misconduct and undefined ‘misogyny’. The BBC bought into it. Know now that you can conflate the rampant use of rape as a weapon of war in the Congo, or against the Yazidi, with the democratic processes of the American Senate and get away with it.

This is the new feminist narrative of false equivalence and fear. It’s terrifying how rarely this distorted and crazy world view is publicly questioned. You are more likely to hear it affirmed in the news headlines.

Though the Republicans have pulled the rabbit out of the hat, and Judge Kavanaugh is voted through to the Supreme Court of the United States, no one should be under the illusion that feminists plan to lay down arms any time soon.

Forget equality or even parity. The latest battlefront is domination and making men – particularly successful white males – submit, fall into line, be compliant, what you will. And it’s no holds barred.

It matters not that there are more women in top jobs in the US than anywhere in the world or they could have a female President had they not pitched the worst female candidate possible last time round. It matters not there or here if there are more physics graduates than ever; if female physicists are not commanding the subject’s heights, whatever the reason, it is down to prejudice alone and has to be sorted.

Their methods are brutal. First they psych women into a moral panic, making them believe that all men are monsters of one sort or another. Then they play on men’s fear of being so portrayed, and silence them into compliance.

Any hope that we have reached peak anti-white male anger or that the pendulum post-Kavanaugh must swing back to sanity, rationality and reason, I fear is vain. The ‘star’ feminists the BBC lined up on Friday as Kavanaugh’s win looked imminent  showed no sign of it. First the celebrity women’s rights lawyer Gloria Allred warned:

‘If the Republicans are able to ram him through, that is going to mobilise the Democrats like you have never seen before, and the women are just boiling with anger and rage.’.

Winnie Wong, ‘senior adviser’ to The Women’s March, the group that’s been behind the orchestrated and violent protests against Brett Kavanaugh’s nomination, then told Senator Susan Collins, who gave him her critical vote,  that she ‘would pay a political price’ for not representing her female constituency.

Women, Wong admitted, hadn’t really been bothered to start with, not until The Women’s March got to work. ‘Just look what we’ve done over the last months – we were able to grab back the narrative and Dr Ford’s testimony elevated the moment’. It certainly did.

If the BBC is a reflection of this influence, then the strategy of heaping blame on to the entire male demographic is working.

The only virtue, if you can call it that, of Kavanaugh’s show trial has been its political transparency, something that can’t be said of the world of science. As one alpha white male’s future hung in the public balance in Washington, in Geneva another’s was sealed before it even came to light.

Until last Tuesday the CERN employed Italian physicist, Dr Allessandrio Strumia, was unknown outside his field. But in a CERN-organised workshop about gender he’d dared challenge the politically accepted code, saying that physics was ‘invented and built by men, it’s not by invitation’.  His further observation was that it was men, not women, now suffering from gender bias. He was fed up, it emerged from later interviews, with the false feminist narrative of complaint about discrimination, and had set out to show it was not true.

This was unacceptable to CERN, ‘contrary to their code of conduct’, and to a brigade of virtue-signalling scientists. They announced Strumia’s suspension with immediate effect.

It wasn’t the message they wanted [to hear] Dr Strumia told the Guardian naively, reminding me of that other scientist, Timothy Hunt, who was banished from University College London for observing in a light-hearted way that women cried at work.

‘These people are so worried about problems that don’t exist. What I actually said has good purpose. We are not discriminating, women have been helped for years’ he said, pulling the rug in one tug from under the feminist victim narrative.

Watch this Victoria Derbyshire report to hear the feminists’ complaint spelt out by Jessica Wade, a young physicist from Imperial College, London, and why: ‘Seeing a presentation like this by a man who is so established was frightening’. I leave you to judge it. As to the truth my money is on Dr S, limited though his time to defend himself.

His future looks bleak – telling the truth is a revolutionary act. The University of Pisa and the European Research Council are investigating his ‘conduct’. And his entry on Wikipedia is currently being considered for deletion.

Kavanaugh and the Republicans have won, but it is far from the end of the culture war.