The Few who saved us all from tyranny 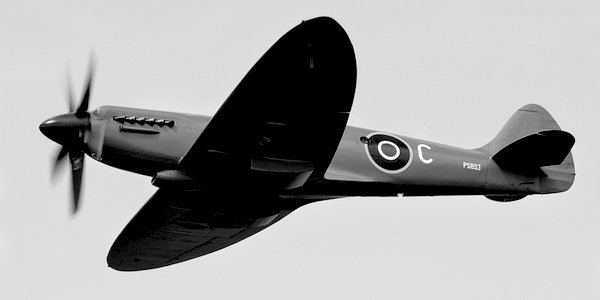 TODAY is Battle of Britain Day and the official 80th anniversary of the battle. When measured against the overall backdrop of World War Two and the vast clashes that came later, the battle was, in terms of numbers involved, almost a minor affair. RAF Fighter Command had a total of 544 fatalities during the battle. But that number belies the battle’s significance in terms of what the RAF achieved. It also gives no indication of the immense courage and resolution of our pilots. Men we should remember with pride and gratitude.

The German intention in launching an air offensive in the summer of 1940 was to force the RAF into battle and knock out its defensive capabilities. To do this, they would make daytime bomber raids the British would have to respond to, as well as our attack key airfields. Once our fighter force was exposed, it could be destroyed. This would then give the Germans aerial domination of the English Channel, meaning in turn that Britain’s Navy, threatened from the air, would be unable to stop a German invasion force from landing in Southern England.

Some historians have questioned how seriously Hitler took the invasion plan, ‘Operation Sea Lion’. There is no doubt it would have been a tremendously difficult undertaking and even with the terrible state of our post-Dunkirk defences, it is questionable whether it could have succeeded. But still, it is a reasonable certainty that the young pilots of Fighter Command can claim to have prevented an invasion attempt from being launched. And further, after the shock to the national psyche of the Dunkirk evacuation, they provided an example which inspired the country and prevented morale from collapsing into defeatism.

The Battle of Britain was the first important strategic set-back Hitler had suffered. Germany had many victories still to come, but the RAF’s victory (narrow though it was) meant Britain remained in the war, and all Hitler’s subsequent plans were limited by that fact. His dreams of unlimited conquests in the East could never be realised if Britain and its empire’s resources were still in play.

Of course we owe the same debt to all of our war dead and all who made sacrifices, wherever and whenever they fought. But at a time when our history and sense of nationhood is under constant sniping attacks from the Left and the woke, the achievement of the young men of Fighter Command provides an example of something we as a country can be deeply proud of.

We should be careful that in commemorating those who fought, including all those from other countries who served alongside our own pilots, that we don’t end up celebrating war itself. War is monstrously vile and I thank God that I have never been near it. But this battle must be remembered. To say that the immense heroism and determination of our pilots saved us and perhaps the world from catastrophe is not hyperbole but simple fact.

Churchill’s speeches probably now seem hopelessly outdated to most, and over-familiarity with his words may have lessened their impact. But his claim that ‘never in the field of human conflict was so much owed by so many to so few’, although unprovable, is perhaps as close to the truth as a leader’s oratory ever gets.